What to Expect from Amical’s 2020 Cookbook Dinner Series 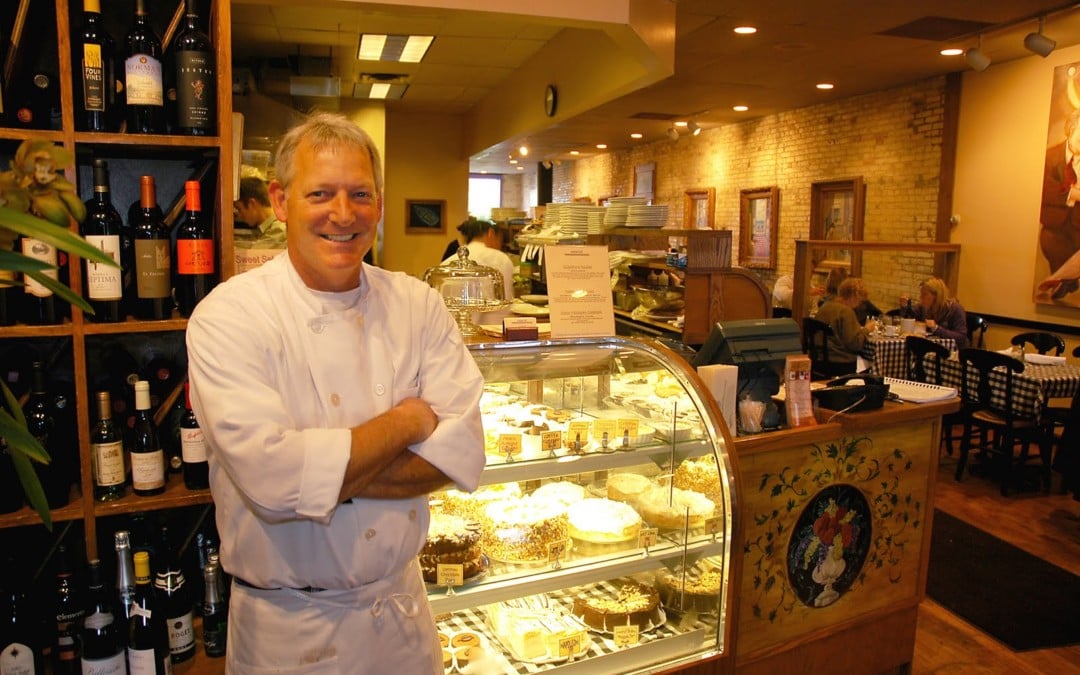 Amical’s Cookbook Dinner Series returns for its 23rd year this winter, albeit with a few changes due to COVID-19.

Amical has been a staple in downtown Traverse City restaurants since 1994. Loyal patrons of the European-style bistro—of which there are many—are familiar with its Cookbook Dinner Series, an annual event that takes place each winter.

“For the past 23 years, the chefs at Amical have selected cookbooks and created an entire dinner menu from these books to run one week per month during the off-season,” explains Dave Denison, Amical’s owner and operator. “We try to vary the ethnic choices and use recipes from the book to create the menu. Sometimes we have to make some adjustments, but so far, over the last 23 years, we’ve been fairly successful with it, and our guests seem to enjoy it immensely. “

Speaking of making adjustments, this year’s Cookbook Series looks a little different than those of years past. Due to the executive order that suspended indoor dining due to COVID-19, this year’s first cookbook menu was offered for takeout only. “We’re constantly having to readjust our direction as we navigate through the different orders and protocols and criteria that come up,” Denison says. “With the suspension of indoor dining back in November, we weren’t sure how long that was going to go on, and then they extended that, so what we ended up doing for this most recent cookbook that just ended—Falastin, a Middle-Eastern cookbook—we decided to take two of the entrees and an appetizer and offer them for carryout. So we continued with the cookbook series but in a much shorter version.”

If the order is extended again, Denison plans on continuing to offer the cookbook series menu, just in an abridged version. “We’ll continue to represent it the best that we can depending on what happens,” says Denison. “Had we been able to offer dine-in seating to 50% of the capacity of the restaurant, we would have had a bigger menu. You have to just kind of move around and work around it. Unless there’s a complete shutdown of the entire community, we’ll offer it to go.”

Creating a to-go menu out of a cookbook menu that was originally meant to be served in-house is tricky but not impossible. “That’s why we write this menu with eight or nine entrees on it, and then start to pair it down and say, ‘Okay, which ones would work the best to-go?’” says Denison. “No matter what, especially with the style of food that we usually do, our strength is taking care of people inside the dining room and presenting creative, wonderful plate presentations, so you just do the best you can with that.”

The next cookbook that Amical is working off of is Pok Pok by Andy Ricker, which is an Asian food cookbook. Denison says he’s particularly excited about the menu the chefs have created from this book. “January has always been Asian. Asian is so different from what we do, so I’ve always particularly liked that cookbook,” he says. “We’re just keeping our fingers crossed that we can offer the entire menu that we’ve come up with.”

He’s also excited for April’s book, called The Soul of a New Cuisine, which is a repeat for the restaurant and one that holds a special place in the restaurant’s history, because the author, Marcus Samuelsson, visited Amical during the now-defunct Epicurean Festival. “He walked into the building, and he’d never seen the cookbook before,” remembers Denison. “He had the recipes and stuff like that, but he’d never seen it printed in a book form yet, because we had it shipped early to us. He walked in, saw the whole restaurant full of people, walked right up to the cookbook, picked it up, and looked at the menu we had written from that book and from his notes, and his expression was like he was looking into his newborn baby’s eyes for the first time…That book is special to us because of that experience with Marcus.”

From January’s Pok Pok to April’s The Soul of a New Cuisine, see the full line-up of cookbooks that are a part of this year’s series on Amical’s website. To order, simply call the restaurant at 231.941.8888 and place an order for carryout. You’ll be taking part in a long and storied downtown Traverse City tradition. “We probably have 125 cookbooks here on a shelf that we’ve collected over the years, and it’s like our own library,” says Denison. “It really tells a lot about the history of the restaurant.”