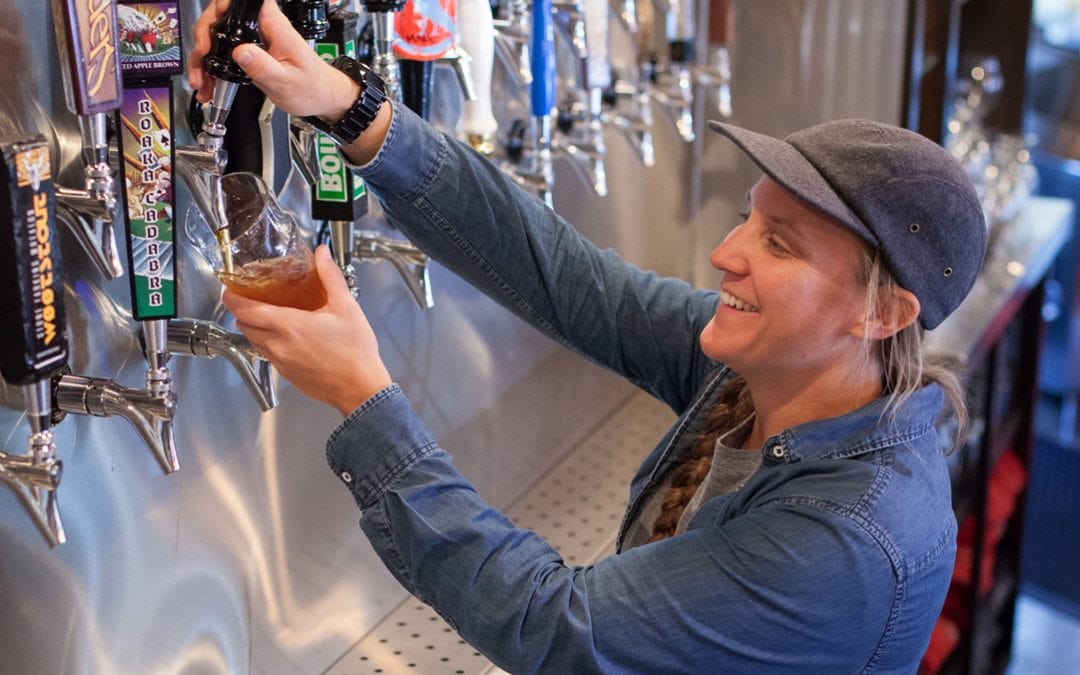 We checked in with several breweries, asking about this year’s must-try beers, and we’re pretty darn excited.

“The Saturday of TC Beer Week this year we have a special small-batch beer being tapped called Diabadass IPA (for World Diabetes Day.) It’s a double dry-hopped Kveik IPA with cryo hops, and a portion of proceeds will be donated to the Michigan & Northwestern Ohio Chapter of the Juvenile Diabetes Research Foundation. As one of our resident diabetics, I had the opportunity to help brew it, and trust me—it’s delicious. The other beer you absolutely have to try is our 228 Tripel. As a Belgian-inspired brewery, we take great pride in our traditional Belgian-style beers, and the 228 Tripel just won the silver medal for Belgian-Style Abbey Ale at the 2020 Great American Beer Festival®! I love its light body, soft malt and notes of stone fruit. It’s definitely a must-have!” –Amy Martin, Marketing Department

“Schrute Farms, a beet beer, is back by popular demand, and we have an oatmeal stout made with doughnuts from Peace, Love and Little Donuts. We’ll also be doing a pairing with them—six beers and six doughnuts.” –Owner Russell Springsteen

“We always recommend trying our tried-and-true winners Kushy Punch IPA and No Pressure Imperial Stout. Both have many medals behind them from the local IPA and Stout Challenges. Kushy Punch is a super fun IPA that any IPA drinker will love. It’s juicy, tropical and hop-forward without an obnoxious hop bitterness. No Pressure is a chocolate, vanilla and coffee imperial stout so it’s a big beer at 8% but it’s so smooth and nuanced with fun flavors that it’s a major crowd-pleaser.” –Co-owners Tina Schuett and Nate Crane

“We are offering $5 five beer samplers during TCBW so people have the opportunity to sample several of our beers on tap, but I would suggest our two newest year-round beers. Boardman Nut Brown and Downstream Cream Milk Stout are two very popular offerings. Boardman Nut Brown is a Northern English Nut Brown Ale brewed with Slovenian hops. It’s malt focused with notes of hazelnut and walnut. Downstream Cream Milk Stout is dark, smooth and a little sweet with roasted malt characteristic and a creamy mouthfeel.” –Megan Corden, Marketing Department