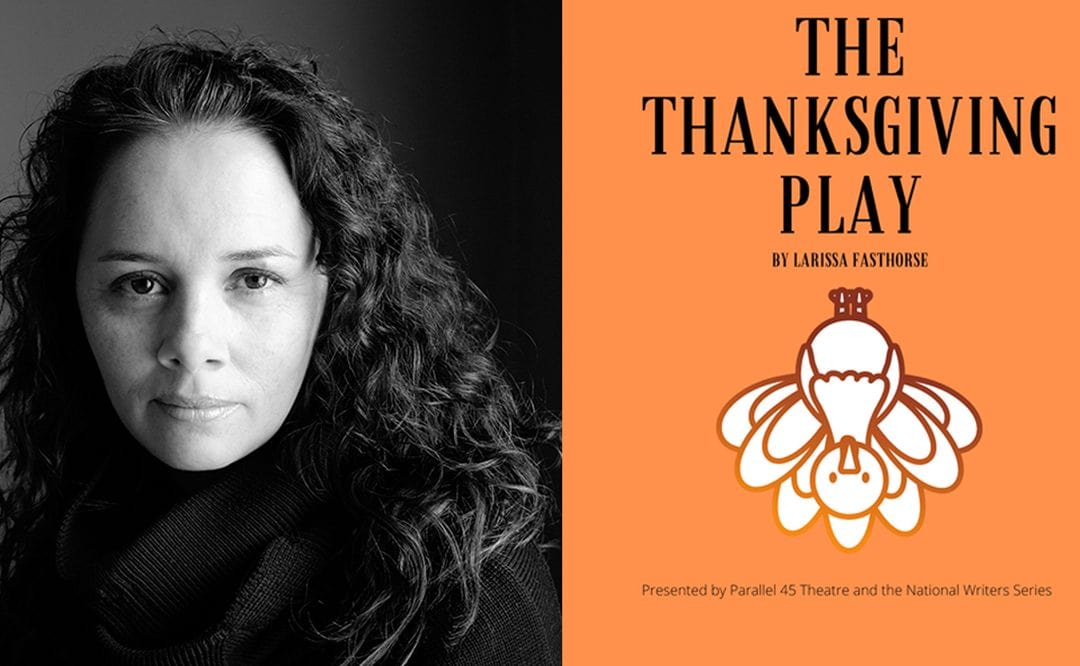 Just in time for the holidays, Parallel 45 and the National Writers Series will present a virtual staged reading of “The Thanksgiving Play,” followed by an interview with playwright Larissa FastHorse. The November 17 virtual event begins at 7 p.m. Tickets are $12, available at MyNorthTickets.

FastHorse is an award-winning writer and member of the Sicangu Lakota Nation. She recently won a MacArthur Foundation “genius grant.” Her contemporary satire explores our national holiday and asks, “how does one celebrate Thanksgiving and Native American Heritage Month at the same time?” In FastHorse’s 2015 biting satire, this is the question facing three “woke” white thespians tasked with devising an elementary school pageant about the first Thanksgiving while avoiding any culturally appropriative missteps. The play is hilarious but also delivers thought-provoking dialogue around race and equity. It was one of the top 10 most-produced plays in America last season; FastHorse is the first Native American playwright in the history of American theater on that list.

FastHorse is co-founder of Indigenous Direction, which advises on theater and film projects that address Native issues. Her list of nationally produced plays include “What Would Crazy Horse Do?,” “Landless,” “Cow Pie Bingo” and “Average Family.”

The event is sponsored by Copy Central, Traverse Repro and event underwriters Al and Susan Cogswell. It is also supported in part by grants from the National Endowment for the Arts, the Michigan Humanities Council and the Michigan Council for Arts and Cultural Affairs.

The staged reading begins at 7 p.m. on Thursday, November 17. Tickets are $12 and are available at MyNorthTickets.com.