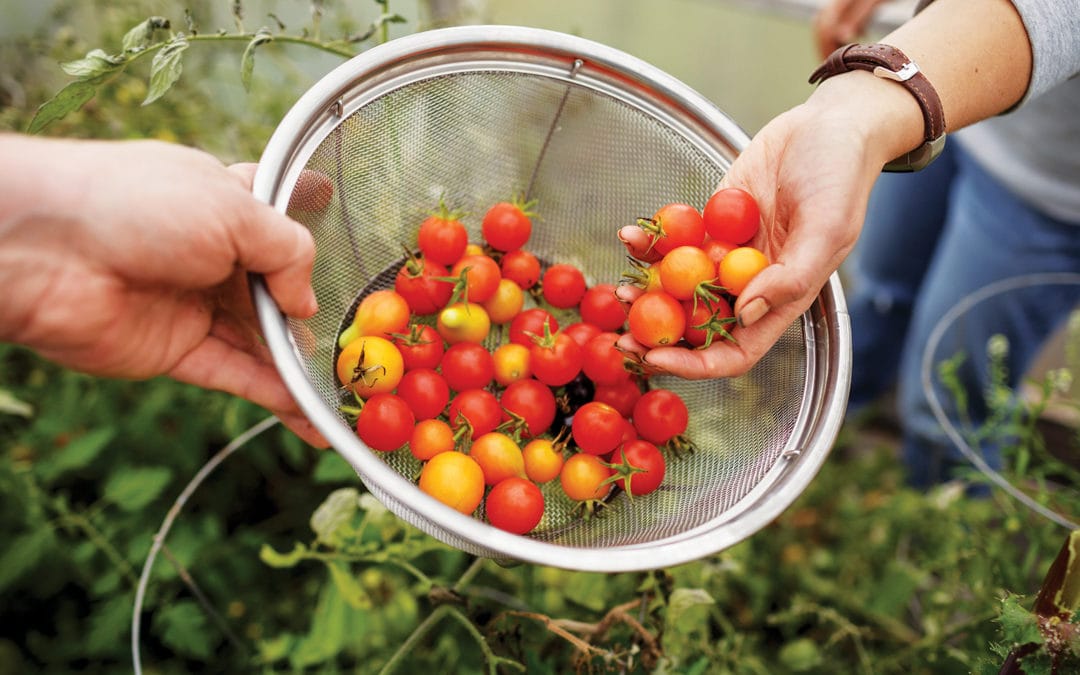 When COVID-19 forced Northern Michigan communities into lockdown and frightening economic uncertainty, the Groundwork Center for Resilient Communities called an emergency all-staff meeting. How could they use their skill sets and partnerships to be relevant, right now?

Within hours, they launched the Local Food Relief Fund. The idea: To raise money for local food pantries, with 100 percent of the funds helping to feed out-of-work families impacted by COVID-19.

But there was a catch. The food pantries had to spend the money with local farmers. “Of course, we wanted to help feed families—not just calories, but nutrition-dense food, some of the best food you could ever get,” says Groundwork’s Communications Director Jeff Smith.

It was a win/win/win solution: Food pantries would get donations at a critical time; local families would receive much-needed, nutritious food assistance; and local farmers impacted by the shutdown could replace lost income.

“By keeping that money local, it stays in our economy,” Smith says. “It ends up at the mini-mart, the neighborhood hardware store… an example of a donation that just gives and gives again.”

Featured in MyNorth Give 2020. Read the magazine online, free.

The Groundwork team loved the idea. But would it work? They set a goal to raise $30,000 for the food pantry fund in a week: Instead, they did it in one day. And by the end of that week, an outpouring of donations had the Local Food Relief Fund at $130,000. But it didn’t stop there. People just kept giving, eventually donating $188,000.

This kind of initiative and efficacy exemplifies the 25-year-old organization’s ability to pivot, and to leverage relationships in the service of strengthening communities. The Groundwork Center collaborates with citizens and leaders to improve daily life and community health in Michigan and recognizes that when we are connected, we thrive. “We’re built around a belief that the environment, economy and human health can all rise together, and we need to think of the solutions that allow that to happen,” Smith says.

The pandemic has provided other organizational inspiration as well. “When Groundwork’s annual clean energy conference had to be canceled, we asked ourselves, how can we achieve those goals in a different way?” Smith explains. So, they launched a weekly clean energy podcast that has been so successful at creating dialogue around the issue that they’ve extended it to be an ongoing program.

Donor generosity has been the key to Groundwork’s ability to react and be nimble, serving communities more effectively. “It’s a beautiful thing to see people step forward like that, so quickly,” Smith says. “We focus on a lot of policy work, but we’ve got this incredible ability to show up where we are needed. This is what community building can look like.”