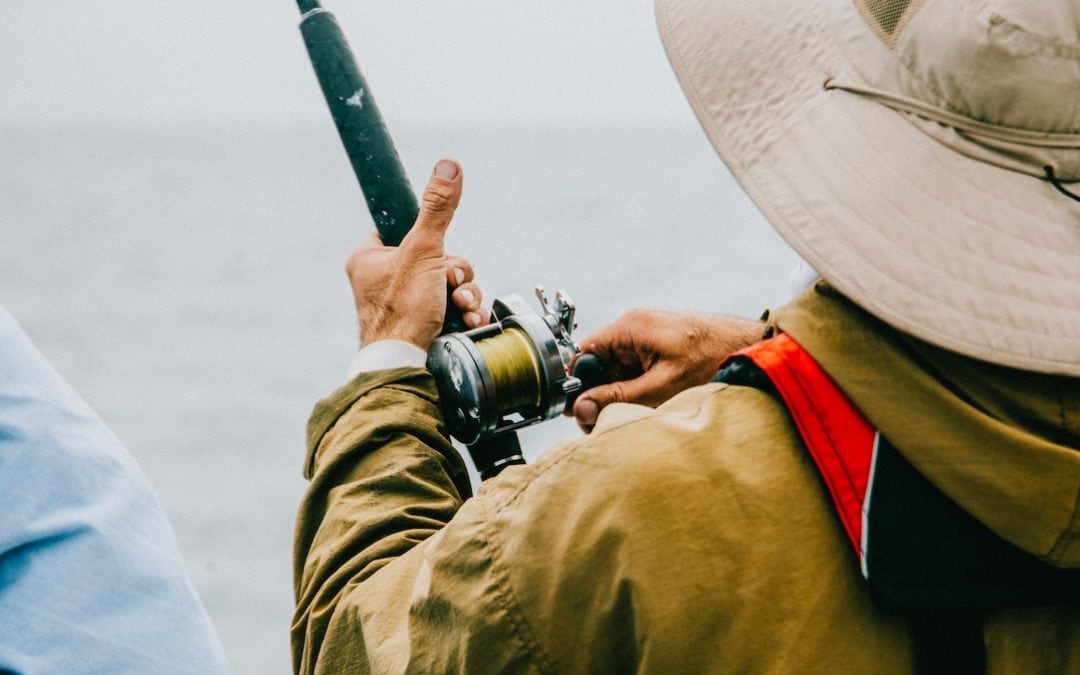 The past week has been very windy, which has limited many anglers’ opportunities to get out. This has resulted in limited reports on fishing for this week. Make sure to get out while the weather is good if you can. The scenery is spectacular, and the fishing in fall can be good. Tight lines and stay safe!

Charlevoix: Overall, effort was down this week. It has been windy, which has resulted in less fishing activity. Most of the salmon have moved into the rivers, and boats have not been going out to target them as much. The lake trout season has closed. Many anglers are waiting for steelhead and perch to show up in the area. Some anglers were casting for Chinook salmon near the cement plant. Effort in the channel has also been slow, with a few anglers fishing for smallmouth bass and salmon early in the morning.

Grand Traverse Bay: For those boats that could make it out with the winds, the perch fishing has been good in a few spots. Anglers using minnows, wigglers and wax worms had the best success.

Betsie River: Good numbers of Chinook salmon were in the river, with most turning dark. Steelhead are starting to show up in the lower river.

Manistee River: Good salmon fishing was reported, with steelhead starting to show up in the lower river. Below Hodenpyl Dam anglers have reported good catches of rainbow trout while using fish eggs.

Pere Marquette River: Salmon fishing has been good over the last week. Some steelhead are starting to show up in the lower portion of the river.

Keweenaw Bay: Reports of slow fishing, with a few boats out trolling and a few catches of salmon and trout.

Marquette: Boat angling season is winding down, especially with windy weather limiting angler opportunities. A few boats have been out in the lower harbor and fishing the mouth of the Chocolay with some success catching rainbow trout, brown trout and coho salmon. Anglers are mainly trolling with spoons or casting lures and plugs. Pier anglers have been targeting lake trout, with decent reports of fish averaging 2 to 4 pounds. No limits have been reported, but fishing was good with those catching one or two fish. Anglers are primarily using spawn and crawlers.

Little Bay de Noc: High winds reduced angler participation this week. Walleye anglers mostly fished the reefs in the Kipling area. The best catches were reported in 14 to 25 feet using crawlers or stick baits. Several fair catches of perch were reported in the same area using crawlers in 10 to 20 feet. Some nice northern pike were reported by anglers trolling around ship docks in Escanaba fishing in 8 to 15 feet early in the morning.

Manistique River: Shore salmon anglers were reporting fair to good catches fishing the rapids by the “Bass Hole” and up to the dam. Many Chinook are dark-colored now, with an occasional pink salmon, coho salmon or steelhead being caught. The river is still full of walleye, with many having been caught by salmon anglers casting crank baits.

Detour: Strong winds have kept anglers off the water. A few anglers reported catches of small Chinook salmon just upstream from the lighthouse at Fry Pan Island trolling yellow and orange spoons behind flashers set at 55 feet over 90 feet of water with a trolling speed of 3.5 miles per hour. Some nice walleye have been caught 2 miles upstream of Detour Village, at Swedes Point, trolling black and chrome crank baits.

Drummond Island: Lots of perch anglers have been fishing over the last week, and the warmer weather has caused the bite to taper off in Scott Bay and Maxton Bay. Anglers having the best success have been still fishing and jigging with worms and shiner minnows. Anglers should try to fish where the clear water meets the darker water, as perch are staging there in 10 to 14 feet.

Cedarville and Hessel: Anglers have reported good numbers of Chinook salmon and a few good catches at the Hessel Marina finger docks. Chinook are hitting on natural spawn and artificial spawn bags jigging in 4 to 8 feet. A few perch have migrated to the Hessel Marina. Try fishing at the public boat dock in 7 feet two cranks off the bottom, using both worms and shiner minnows. Anglers have caught some nice northern pike by trolling large crank baits at buoys 22 and 23 in Snows Channel, just west of Dollar Island. Some perch have been caught at the red buoy 70 yards from the Park Avenue boat launch. Try bobber fishing near the red buoy in 10 feet using worms and minnows.  Some anglers have reported catching largemouth bass in Cedarville Bay while using 3-inch crank baits. Anglers have also reported catching northern pike at the middle entrance to the Les Cheneaux Islands in 18 to 20 feet using creek chubs or large minnows.

Carp River: Only a few reports this week from anglers who were bottom bouncing worms at the seawall without success. Some anglers were using spawn bags without any luck. There were reports of a few anglers fishing at the overpass bridge for pink salmon and coho salmon; however, fishing has been slow.