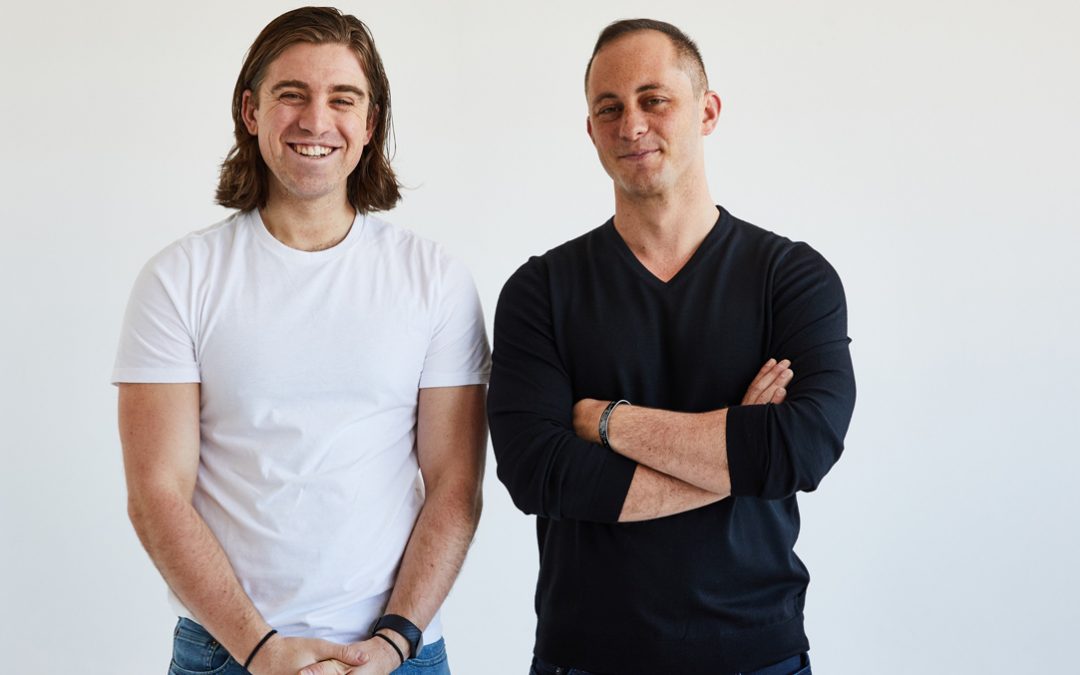 College friends-turned-co-authors Christopher Haugh and Jordan Blashek will be at the National Writers Series on Sunday, October 18, beginning at 7 p.m. to discuss their debut book, “Union: A Democrat, a Republican, and a Search for Common Ground.” The book was originally published on July 21, and is available for preorder at Horizon Books with a 20% NWS discount.

This is a free, virtual event. Register here. Guest host for the event is American writer and cartoonist Neal Rubin.

In 2016, Jordan Blashek and Christopher Haugh hopped in a car and drove to California. Five cross-country road trips, thousands of miles and countless American faces later, they’re finally putting their adventures to print.

Haugh and Blashek’s debut book, “Union: A Democrat, a Republican, and a Search for Common Ground,” is the culmination of their trans-American travels. But both authors agree the book was much more a product of fortune than formula. In fact, their first-ever trek was nothing but a “lark”: a one-off journey with a single destination. “It was simply just ‘get there,’” Haugh says. “Only on those second and third road trips did we start saying maybe we can do something with this. Maybe we can learn something we can bring back, and maybe there’s something worthwhile to say.”

For this dynamic duo, that worthwhile “something” started in law school, where their paths first crossed. Their friendship, however, is somewhat miraculous: Haugh is a progressive California “long-hair,” while Blashek, a military veteran, is more conservative. With the political divide growing ever deeper, both Blashek and Haugh are quick to acknowledge the complexities involved in maintaining cross-party friendships. “I do think it is far more complicated, far more difficult, to be friends with someone who thinks very differently than you than was true in 2016,” says Haugh, “and I think that’s a lament that a lot of people share.” But, for their purposes, the pair has found they connect far more than they clash. “The things that brought Chris and I together were our shared passions and experiences that created the foundation for a great friendship,” Blashek says. “And we think those things are still shared among most Americans.”

But people can’t always be counted on to share. As such, our work as a nation is far from finished, and both Haugh and Blashek agree that widespread bias—often fueled by an increasingly-partisan press—is a good place to begin. “We had a fracturing of the news and media landscape long before Trump entered the scene,” Blashek says. “One consequence of that fracturing, or democratization, of the news is that the variety of options has revealed just how much the media industry is dominated by biases—some intentional, others subconscious.”

“Trust in media has been dropping considerably for decades now,” Haugh says. “When it comes to quality reporting, there’s less and less of it.” As a result, it’s only too easy to “pre-write” the stories that make the most sense to us—about both politics and people—before we’ve fully checked our facts.

It’s precisely this proclivity that “Union” aims to quell. “I know it’s a controversial topic these days to be unbiased,” Haugh says. “Dean Basquiat from The Times always says that you want to show up with an open notebook, and I’m a big believer in that.” From the very genesis of their journey, it was their singular experience that challenged both authors to separate their own opinions from the pen. “We never really had any disagreements on the writing process,” Blashek says, “because we both remembered things the same way.” Though, that’s not to say they haven’t also embraced their differences. “This book was intentionally oppositional,” Haugh says. “We’re divergent. What that means is that when we disagreed on something, we had to go back to the lowest common denominator.”

For both Haugh and Blashek, that was often humility. “The country is so rich and diverse, and people are always more complex in real life than the stories we hear about on cable news or social media,” Blashek says. “Over and over again, we were humbled in our understanding of the country and its people.”

Fast forward four years and these two are still learning lessons. But, if the only note they hit is hope, that would be enough for them. “Here in 2020, a message of hope is laughable for a lot of people,” Haugh says. “But what Jordan and I are carrying forward is the belief that things will get better if we roll up our sleeves and actually do something. We might actually have the chance to build a more perfect union, and in many ways, the hope of this book is that people will come together to continue to do that.”