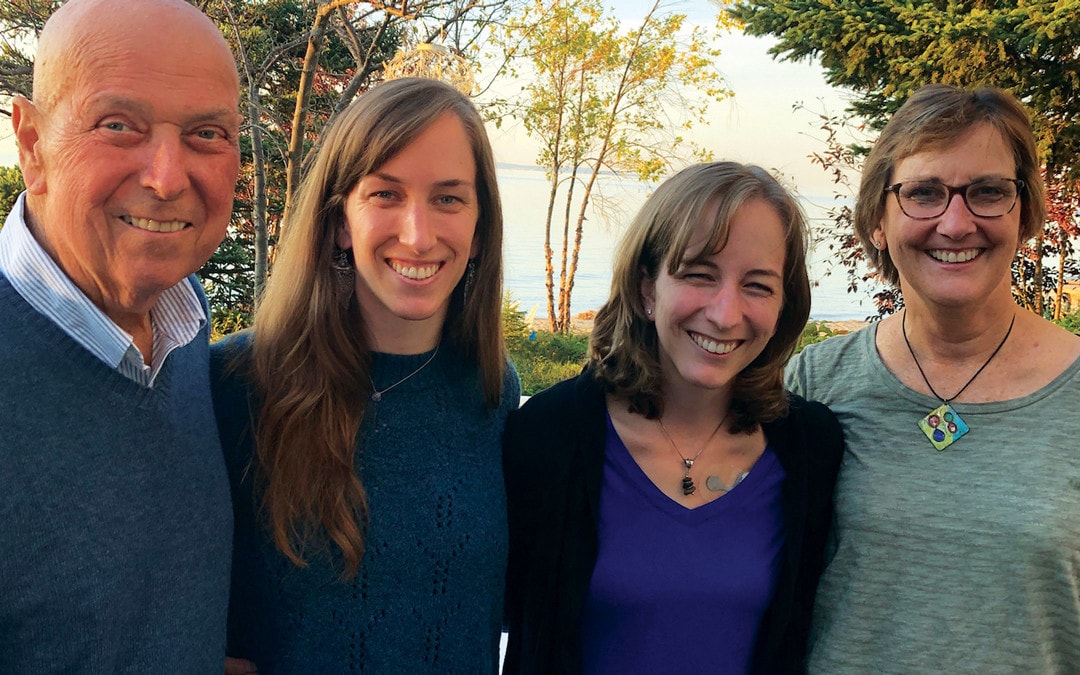 “Whatever happens, I just want to be back home looking out at Crystal Lake one more time,” my dad says to our family, as we sit outside my parents’ home in Florida.

Glasses of water, a box of Kleenex and some balled up tissues lie scattered on the small table between us. Though the day is sunny, hot and humid, a haze hangs over all of us. Not even an hour earlier, a doctor from Sarasota Memorial Hospital called to share tough news with my dad, with all of us: My dad has cancer. Specifically, he has B-cell acute lymphoblastic leukemia.

Without further testing, the doctor wasn’t in a position to provide a complete diagnosis or prognosis—though we later learn that, without treatment, my dad would likely have four to six weeks to live. The doctor who called was kind, calm and human as she laid out a suggested plan of action. She stressed the importance of starting treatment as soon as possible. She didn’t sugarcoat anything. She told us the road ahead would be challenging. She said my dad would want to receive treatment wherever he and my mom had family and friends to support them, and without hesitation, we knew it would be in Michigan.

While my parents now split each year between Michigan and Florida, Michigan is home. And even though my dad and mom grew up in the Detroit area—as did my sister and I—Northern Michigan has been, is and always will be, home. My maternal grandmother grew up in Frankfort, and starting with my great-great-grandparents, my family has more than 100 years of history on Crystal Lake. It is our home.

So this morning, between tears, hugs and phone calls to loved ones, our family makes it our collective goal to learn more about Dad’s cancer, prognosis and treatment plan; get him through his induction phase of chemotherapy and whatever might follow; and then, more than anything, get him back Up North, resting and recovering—should we all be so fortunate—in my parents’ home on Crystal Lake.

In late January, after some hiccups, my dad begins induction phase chemotherapy at the University of Michigan Hospital in Ann Arbor. His first round of chemo lasts roughly four weeks. The photos that adorn his hospital room walls are a strong reminder of the place Northern Michigan holds in his, and our family’s, heart.

There are photos of us searching for Petoskey stones during walks along Lake Michigan. Endless summer days spent on Crystal Lake—water skiing, tubing, wakeboarding, fishing or just cruising around the lake in the evening with the radio on low and drinks in tow. Hikes through the woods at Old Indian Trail and along Lower Beach Road with our dogs. Golf at Crystal Downs. Bonfires with family and friends at home, overlooking Crystal Lake. Home-cooked breakfasts and dinners at my parents’ home, both inside and out. Potluck picnics with our extended family. In the colder months, hours beside the fireplace, playing euchre and board games. Ringing in a new year at Stormcloud Brewing Company. Bundled up outside my grandparents’ house on Crystal Lake, where the sand is blanketed with snow.

In January and February, Dad moves through his induction phase of chemo in good spirits. Though he’s discharged for a few weeks, he must stay within a 100-mile radius of the hospital, so while on his mind, Crystal Lake is still out of reach for the time being. His second phase of chemo starts in March, and his medical team continues to scope out potential matches for a bone marrow transplant.

They successfully connect with a strong match for my dad in Germany, and on April 25, with some fear and a lot of faith, my dad receives a bone marrow transplant. The months that follow are arguably the most challenging for him, and all of us, as his body and the new bone marrow decide if they will thrive together or not.

Fear, anxiety and insomnia overtake my dad. I’ve never seen him like this before. Ever. At times, there is a deep fear in his eyes. For me, it is like looking at a different person. In those moments, I don’t see my dad. He is a different man. Haunted by visions and afraid of the dark nights at the hospital, he sees hands coming out of the walls and sometimes feels as though he is dying.

It breaks my heart. He is over all of this, but he won’t give up. There are moments and days when I know he wants to, but he’s a fighter with a positive attitude. Our family longs for the days we can all—all four of us—be home in Frankfort again and pray that those days will come sooner rather than later.

By the grace of God, and with the support of his incredible medical team and community of family and friends, my dad, and our family, make it through the darkest days. In early July, Dad gets the permission he’s worked so hard to receive: He can return home to Crystal Lake for a weekend.

The moment is undoubtedly one worth celebrating, a milestone for Dad and all of us. Days before his 67th birthday, my dad and mom drive from Ann Arbor to Frankfort. They enjoy a few glorious days at home with my sister and some extended family before returning to Ann Arbor.

Come November, Dad’s counts and energy are inconsistent and abnormally low for a few weeks. His medical team schedules a bone marrow biopsy the Friday before Thanksgiving. The following Wednesday, he has a follow-up appointment at the hospital. Shortly after noon, my mom texts our family, “Good news. Bone marrow results are good. Blood work is good.”

It’s the news we’ve been praying and asking God for, and it comes the day before Thanksgiving—bringing tears to my eyes and filling my heart with gratitude. While my dad will never be completely out of the woods with his cancer, we will always celebrate and be grateful for moments like this.