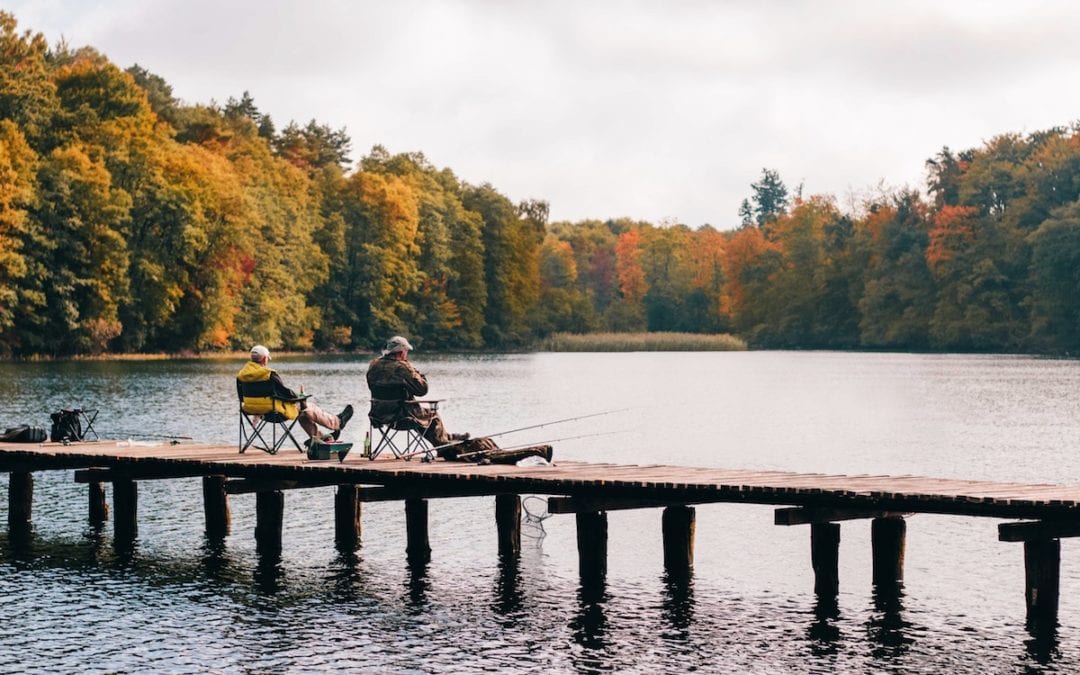 This is the last full week of lake trout season on northern Lake Michigan and northern Lake Huron. The season closes Sept. 30. As we move into fall, watch for minnows to show up around the piers. When this happens, dipping them on-site and fishing them under a slip bobber can be very productive.

Harbor Springs: Lake trout were found near the bottom in 130 feet off Seven Mile Point. A couple salmon were caught in front of the harbor.

Petoskey: A handful of boats were targeting salmon near the breakwall at night but had no luck. Lake trout were caught around Bay Harbor and near Nine Mile. Quite a few anglers were fishing near the mouth and along the beach for salmon. A few salmon were caught on spawn near the mouth of the river and by those casting spoons from the beach. Pier anglers had little luck.

Bear River: Not a lot of fish were caught at the dam, but anglers did manage to take a few salmon on skein, spawn and flies.

Charlevoix: Most boat anglers were casting or using spawn near the cement plant.  Success varied by boat, but a couple did catch Chinook in the area and around the freighter slip. Those targeting lake trout have done well. High water levels near the cement plant are making it impossible for those wanting to wade. Anglers are casting for salmon off the end of the pier at night. Salmon were reported near the mouth of the river in Lake Charlevoix.

Boyne River: Only had a few salmon in the river.

Boardman River: Continues to produce a few coho at the Union Street Dam.

Betsie River: Catch rates dropped with the warmer weather, but anglers will still find salmon between the lake and the Homestead Dam.

Manistee River: Those targeting salmon have found fish up near Tippy Dam. The occasional steelhead has also been caught.

Pere Marquette River: Though the action slowed with the warmer temperatures, anglers were still getting a few trout and salmon in the early morning or evening. Try the deeper holes.

Keweenaw Bay: Boat anglers were marking fish, but the bite was tough. Those trolling picked up a little bit of everything, but no big numbers of fish. Surface water temperatures were in the mid to high 50s. If we get some cool rain and the right winds, fish may start showing up a little more concentrated.

Marquette: Boat action for lake trout was still good near Shot Point and from the White Rocks to Granite Island. Only a few coho were caught. On the Dead River, smaller pink salmon were reported near the dam. On the Chocolay River, a few coho and smaller brown trout were caught. Fishing was slow on the Carp River.

Little Bay de Noc: Walleye anglers reported fair catches near Kipling when trolling a crawler harness around the reefs. Best catches were at dusk in 14 to 20 feet. A few large fish were caught south of the Ford River when trolling the “Fingers” and near Round Island in 10 to 20 feet. Several good perch catches were reported around the First and Second reefs in 8 to 24 feet with crawlers. Shore anglers in Rapid River took fair catches on crawlers. Bluegills and bullhead were also caught. This is a good place for kids to fish. A few shore anglers were looking for salmon along the Escanaba River, but no fish had been caught.

Manistique River: The numbers are down from last year, but anglers are catching both Chinook and pink salmon. Brown trout were also caught. The best area for boats is near the high dam spillover and rapids (small boats only). Shore anglers are fishing between the “Bass Hole” and the dam.

Munising: The few boats trying for coho reported poor catch rates. Some caught the occasional splake. Shore anglers also reported slow fishing. For those looking to do a color tour and go fishing, the leaves have started to turn, and some areas were close to 50% color.

Detour: Young salmon were caught at the Detour Reef and lighthouse. Chinook were found between the lighthouse and the first red buoy east of it on the Drummond Island side of the river. Hot baits were dipsey divers with blue and white squid baits. A few small coho were taken west of the lighthouse at the green buoy with gold and black spoons in 40 to 90 feet. Lake trout were along the 90-foot flat 2 miles south of the lighthouse and were hitting red, white and blue spin-glo’s behind flashers. A few nice catches of walleye were taken to the north near Swedes Point. Try shiners with a slip bobber in the early morning in 8 to 12 feet. Fish were caught at Butterfield Island when trolling planer boards with a blue and white crankbait.

Cedarville and Hessel: A few perch were caught at the Island #8 Bridge off Hill Island Road when still fishing off the weed beds in 8 to 12 feet. In Musky Bay, perch anglers were using pink and white jigs just off the weed beds in 8 feet at Connors Point.  Walleye were found between Marquette Island and the Cedarville Golf Course when jigging a chartreuse and white jig. Fish were also found off Les Cheneaux Club Point in 8 to 12 feet. For Hessel, good catches of splake were reported by those jigging both natural and artificial spawn bags from the finger docks at the marina. Yellow perch were caught in Mackinaw Bay between Lone Susan Island and Echo Island when using shiners and worms in 6 feet.

Carp River: Fishing was slower, but some anglers did manage to catch Chinook salmon at the sea wall in the early morning or at night when drifting spawn or casting spoons and crankbaits. No word on pink salmon.

Nunn’s Creek: Those wading at the mouth have caught Chinook with rattling crankbaits, spoons and spawn. The salmon were between 3 and 20 pounds.