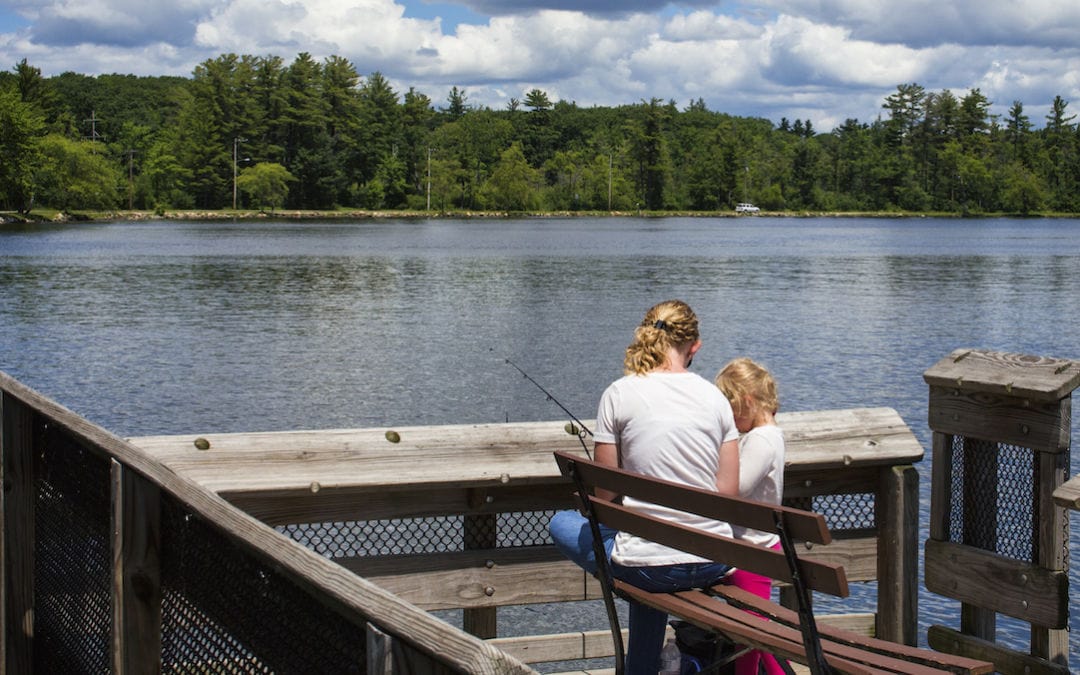 As we turn the corner and head toward fall, Northern Michigan fishing should only get better. Salmon runs are off to a slower start than last year. The action should pick up with rain and the cooler temperatures. Inland lakes are producing walleye, bass and panfish.

Remember, all anglers 17 years of age and older are required to have a fishing license.

Harbor Springs: More boats were targeting salmon from Harbor Point to the east. A few Chinook and coho were caught 100 to 120 feet down in over 160 feet. Cisco and lake trout were caught as well around Harbor Point.

Petoskey: Those targeting salmon were trolling between the breakwall and Bay Harbor but did not have much luck, with only a couple fish taken on meat rigs and flies in 100 to 130 feet. On the Bear River, those fishing at the mouth and up near the dam caught very few salmon.

Charlevoix: Most anglers are focusing on salmon between the channel and the cement plant. Some are starting to fish shallower water near Medusa Creek. Chinook were still caught out deeper and 110 feet down near the red can at the cement plant. A lake trout or two was also caught when jigging near the bottom in the same area. Good-size smallmouth bass were caught in the channel when using crawlers and leeches on the bottom. No word on salmon in the channel yet. A few anglers were targeting salmon in Lake Charlevoix and on both the Boyne and Jordan rivers.

Traverse City: Those fishing the East Bay caught salmon along the west side from the Center Road launch to south of the white wall and off Deepwater Point with spoons, J-plugs and a flasher/fly combo. Those targeting cisco have done well. Lake trout and smallmouth bass fishing was slow. In the West Bay, salmon were caught in the hole near the Boardman River using the same. Smallmouth bass action was slow, and still no word on perch.

Frankfort: Strong winds rolled the lake over, dropping water temperatures. Chinook salmon are staging outside the pier heads, in the harbor and in the bay. They were hitting on blue spoons and a few ladderback J-plugs. Coho were reported in Platte Bay; however, the bite was slow at times.

Betsie River: Is starting to see the occasional salmon in the lower river, but no big numbers yet.

Onekama: With cooler water, Chinook were found in 75 to 100 feet when trolling north to the golf course. Lake trout were caught in the “Barrel.”

Portage Lake: Bluegill catches were up after the rain, but perch and bass numbers were still on the low side.

Manistee: Chinook, coho and a couple steelhead were caught straight out from the harbor and along the Shelf in 90 to 120 feet or deeper at 150 to 200 feet. J-plugs and spoons worked best. Those fishing in the evening found Chinook and coho both north and south of the harbor in 70 to 180 feet.

Manistee River: August 2020 is not seeing the big runs that 2019 brought. There are some reports of a few salmon in the lower stretches, but no big numbers yet. The occasional steelhead and brown trout were still being caught.

Ludington: After recent strong winds, good numbers of Chinook were caught just outside the harbor in 40 to 50 feet with spoons, J-plugs and a flasher/fly combo. Chinook, coho and steelhead were found straight out in 100 feet and off Big Sable Point in 80 to 100 feet.

Pere Marquette River: A couple salmon were noted in the lower stretches, but no big numbers yet.

Keweenaw Bay: Catch rates were spotty, and most of fish caught were lake trout when trolling or jigging. A few Chinook were caught along with coho and steelhead, but these numbers were much lower compared to the lake trout. All launches are open and ready for anglers.

Marquette: A few trolling for salmon from the Lower Harbor to the mouth of the Chocolay River had no luck. Lake trout fishing continues to be good from the White Rocks to the Little Presque Isle area along the drop-offs in 140 to 180 feet. The fish are staging for spawning. The Carp River had a few shore anglers casting; however, the current was strong with high water levels. The Chocolay and the Dead River Tourist Park area also had high water levels.

Little Bay de Noc: The better walleye fishing was still south, although a few more catches were reported throughout the bay. In Kipling anglers trolling the Second and Third reefs reported fair catches using crawler harnesses or stick baits in 25 to 32 feet.  Fish were caught in the Ford River area to Round Island with the same in 10 to 20 feet at night. Fair to good catches at the Minneapolis Shoals in 20 to 30 feet. Perch anglers in Kipling reported fish in the Butler Island area using crawlers in 10 to 25 feet. Several large northern pike were reported around the Escanaba ship docks trolling crankbaits, spoons or bucktails in 8 to 14 feet early morning. Smallmouth bass are starting their fall patterns, as some anglers reported catches in the “Black Bottom” area using plastics along the breaks and weed lines in 14 to 18 feet. Though very few salmon were caught in the bay, now is the time to start checking the rivers.

Manistique: While it is still early, a few boats were out about 2.5 miles looking for staging fish, but only a few catches were reported.

Manistique River: A few salmon are in the river, along with a fair number of brown trout. While there may not be a large run this fall, there should be enough fish to make it worthwhile. Walleye anglers are still doing well. Most were trolling or casting jigs with crawlers at night.

Munising: Lake trout were caught near the White Rocks, Wood Island Reef and in Trout Bay. Strong winds helped cool water temperatures, which should be in the mid to upper 60s now. Pier anglers were out but had to leave due to waves coming over the pier. Water levels on the Anna River were very high.

Raber: Walleye slowed in Raber Bay. A few pike were caught between Little and Big Lime Island when trolling or casting a spoon with a red eye in 6 to 10 feet. Anglers are reporting nice catches of smallmouth bass at Round Island. Try orange spotted tube jigs in 4 to 8 feet off the rocks.

Detour: Chinook salmon fishing slowed considerably this week at the Detour Reef and lighthouse. The few caught were in deep water. Try 55 to 60 feet down in 100 to 140 feet and look for structure. Pink salmon are still being caught near the lighthouse. Good lake trout action south of the lighthouse along the 90-foot flat with spin-glo’s behind flashers. Hot colors were orange and white or chartreuse.

Cedarville and Hessel: A few Chinook and pink salmon were caught near the Cedarville Quarry when trolling near buoys 3-5 in 80 feet. Yellow perch were caught across from Viking Boat Works near the cattails in 8 feet with worms and shiners. Good largemouth bass throughout the Les Cheneaux Islands when fishing near structure. Good smallmouth action at the Middle Entrance with dark orange spotted or green tube jigs in 6 to 8 feet. At Hessel, larger schools of splake were reported at the marina fishing pier. Fish were caught when jigging orange and gold spoons in the early morning. Yellow perch 8-9 inches were caught on shiners and worms at the finger docks in the marina.

Nunns Creek: One or two anglers were casting spoons for salmon at the mouth, but no fish were caught.