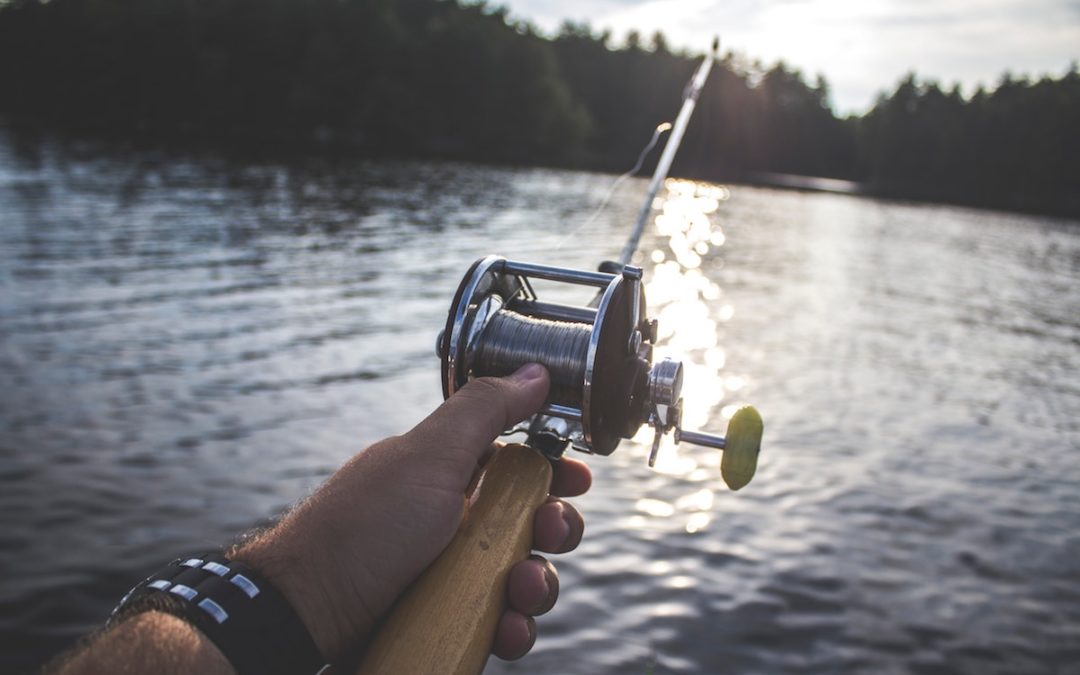 With the windy conditions in Northern Michigan, fewer anglers have been out. Those heading to the rivers to find salmon are getting some fish. On the inland lakes, fish will soon be starting their feeding frenzy before winter sets in.

Petoskey: Before fishing slowed, lake trout were caught in 100 feet and Chinook in 60 feet or so. Salmon are jumping around the marina and breakwall. Pier anglers and those surf casting caught very few fish. In the Bear River, those fishing at the dam caught a few salmon with spawn and flies.

Charlevoix: Some were fishing the sheltered areas near the cement plant. Boat anglers casting spoons and stick baits or floating spawn in shallow waters had some luck. Few were wading around the cement plant due to the high water levels. The Medusa Weir is not harvesting fish at this time, but there is a fence in the creek to keep the salmon out, so there is no fishing allowed within 100 feet of the mouth of the creek.

Boyne River: Continues to produce some salmon at the dam and near the mouth.

Traverse City: Salmon action slowed in the East Bay, but anglers did manage to get the occasional Chinook or coho. Cisco fishing was on fire at Yuba and Deepwater Point for those trolling or jigging in 100 to 140 feet. No word on perch. In the West Bay, a few salmon were caught in the hole near the river. A few perch were caught in 25 to 40 feet near the Hilltop Road launch. No word on perch in Bowers Harbor yet.

Boardman River: Anglers are catching coho at Union Street Dam. A few Chinook have been caught, but there are not many in the river yet.

Betsie River: Chinook salmon are being caught on spawn and flies.

Manistee: Only a few Chinook were caught in the harbor and outside the pier heads when anglers could get out. J-Plugs worked best. A couple steelhead were caught out on the Shelf and in slightly deeper water. North of the harbor, a couple coho were caught in 50 feet. Pier anglers had little luck.

Manistee River: A fair number of salmon are being caught in the lower river.

Ludington: Fishing on the big lake and in Pere Marquette Lake slowed. A couple coho, steelhead and the odd Chinook were caught straight out and off Big Sable Point, but it was hit or miss. Pier anglers had little luck.

Keweenaw Bay: Those trolling caught a few salmon along with the occasional steelhead and brown trout, but on average, most are getting lake trout.

Marquette: Boat anglers caught lake trout. No limits but three to four fish per trip. No major reports of coho in the area; however, a few were caught, along with the occasional steelhead and brown trout. Shore anglers fishing the Carp River and the Chocolay River reported slow fishing, with only a few coho caught.

Menominee River: Walleye and pink salmon were reported in the lower river.

Detour: Had no report due to strong winds along the St. Marys River and northern Lake Huron.

Drummond Island: When they could get out, anglers caught yellow perch throughout Maxton Bay and Scott Bay. Try still fishing with worms and shiners at the south end of James Island in 8 to 10 feet. Fish were caught at Ashman Island in 8 feet and just off the weed beds at Harbor Island. Try a jig with a white twister tail. Smallmouth bass fishing was good on the north side of Burnt Island near the red buoy with a dark orange or green speckled tube jig.

Cedarville and Hessel: Good pike action continues at the Middle Entrance to the Les Cheneaux Islands when using chubs in 18 to 20 feet. Fish were also caught when trolling between Little La Salle Island and Peck Bay in 8 feet. Yellow perch were found in Musky Bay when drifting worms and shiners in 8 to 10 feet and when jigging a small white or chartreuse twister tail off the weed beds in 4 to 6 feet near Connors Point. For Hessel, a good number of splake were caught off the finger docks in the marina when jigging both natural and artificial spawn bags. Good catches of rock bass and sunfish were taken between Hessel Point and Highway M-134.

Carp River: Anglers caught smaller Chinook salmon when drifting skein and spawn bags or casting crankbaits and spoons at the sea wall. Skein worked the best. Boat anglers caught pike at the mouth when trolling or casting along the shoreline.

Nunn’s Creek: Some have taken limit catches of Chinook salmon when drifting skein or casting spoons and crankbaits at the mouth.