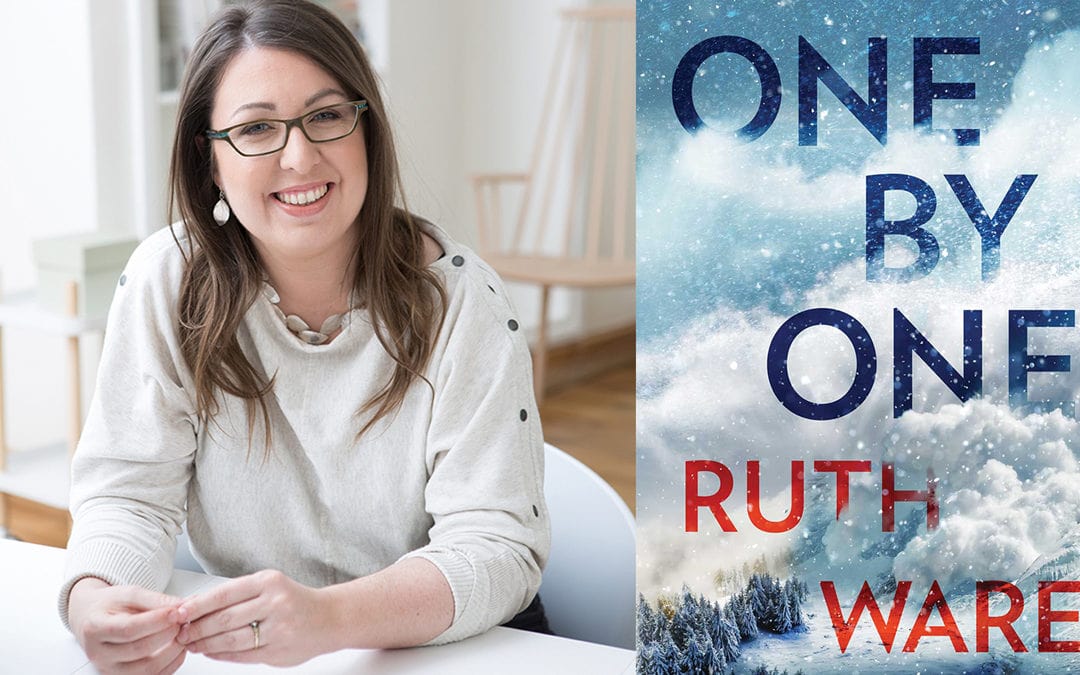 Celebrated suspense writer Ruth Ware will be at Traverse City’s National Writers Series on Sunday, September 13 beginning at 2 p.m. to discuss her newest novel, “One by One.” The book is set for release on September 8 and is available for preorder at Horizon Books with a 20% NWS discount.

This is a free, virtual event. Register for the NWS event here. Guest host for the event is New York Times bestselling author Megan Miranda.

Ruth Ware is a woman of mystery. Literally. Born and raised on the south coast of Britain, Ware has often been praised as a contemporary Christie; and, rightfully so. The internationally bestselling author of five—yes, five—psychological thrillers, Ware’s works include award-winning novels, “A Dark, Dark Wood” (2015) and “The Woman in Cabin Ten” (2016), as well as epistolary classic, “The Turn of the Key” (2019). To date, her books have appeared on bestseller lists worldwide, including The New York Times, Mail and Globe, and have been translated into more than 40 languages; three have even been optioned for film and television adaptations. So, what’s her secret? Wouldn’t we like to know.

And as of this weekend, we just might! On Sunday, September 13, the National Writers Series of Traverse City welcomes Ruth Ware, along with guest host Megan Miranda to its virtual stage for a discussion surrounding her sixth suspense novel, “One by One.”

A revamped version of the Agatha Christie classic, “And Then There Were None,” Ware’s latest novel is an example of the iconic “locked room” mystery structure, for which she is most celebrated. Characterized by a finite pool of suspects and an ultimately “impossible” puzzle, the classic “locked room” layout features a cast of characters who have been forced into an isolated setting from which they cannot escape, ultimately leaving the reader to discover the solution. Two of Ware’s previous novels already adhere to this construction: her debut novel, “In a Dark, Dark Wood,” which is set in a remote forest house; and its follow-up, “The Woman in Cabin 10,” wherein a bolted ship’s bunk plays host to a terrible crime.

With the addition of her sixth novel, “One by One,” Ware has created the ultimate “locked door” trilogy. A claustrophobic tale of relaxation-gone-wrong, “One by One” surrounds the staff-members of a successful streaming company, called Snoop, and what should have been a swanky, corporate retreat to a ski chalet in the French Alps—that is, until the body count starts to rise.

From the outside, Snoop appears to be wildly successful. In fact, Snoop co-owners—and ex-lovers, but that’s another story—Topher St. Clair-Bridges and Eva van den Berg, along with their three shareholders, coder Elliot Cross, comptroller Rik Adeyemi, and former secretary Liz Owens, are struggling desperately to decide whether to sell the company to investors—for a huge corporate buyout, no less—or seek additional funding in an effort to go public. The only hitch? They can’t agree. Quietly cavorting on all sides, they retire to a remote mountain resort under the guise of a company mindfulness retreat. A little bubbly between board meetings never hurt anyone, right? Wrong. Suspicions rise within the group as weather conditions atop the mountain begin to decline; then Eva fails to return from her morning ski-run. But, before Erin and Danny, the chalet’s caretakers, can take action, an avalanche hits, cutting power to the mountain and isolating the group from the world outside. As tranquility quickly turns to terror, our guests begin to wonder: Could there be a murderer among them?

A propulsive narrative rife with twists and tension, “One by One” will leave readers scratching their heads and securing their doors. What might Ware have in store for lucky novel number seven? We’ll just have to keep reading to find out!