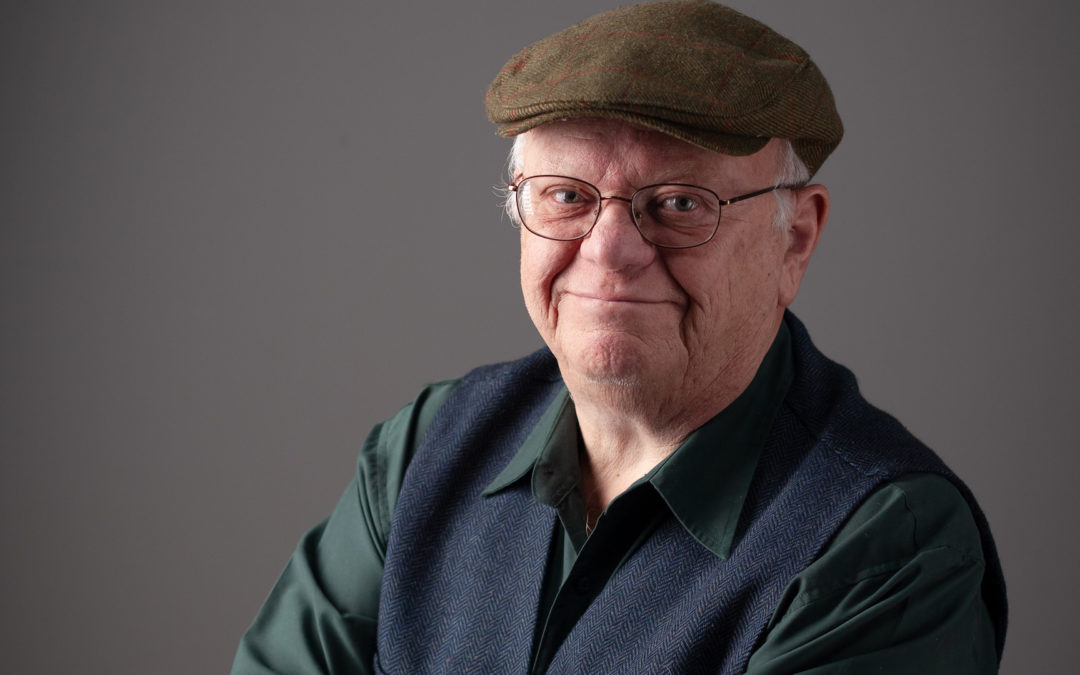 In ancient times, Irish clans had their own seanchaí—a traditional storyteller who knew the country’s history, folklore and legends, and performed at feasts and festivals. Today, Kewadin resident and award-winning author David K. McDonnell carries on this rich tradition of oral storytelling.

Your book, “ClanDonnell: A Storied History of Ireland” is incredible. It’s like a tome!

I’ve always been fascinated with Irish history, and I realized I had a book in me. I researched the early years of my clan—about 1000 A.D. to 1600 A.D.—reading about how they lived and what they did. I’ve always wondered, “Why am I a McDonnell? Why am I an American?” My great-grandfather came to this country in 1845, to New Orleans. He and my great-grandmother married and had children later in life, which is how you get from my great-grandfather (born around 1825) to me (born in 1950) in so few generations.

Tell us a bit about your family’s history.

The first McDonnells were mercenaries often called to service in all corners of Ireland. Their descendants included nobles and farmers, landlords and peasants, soldiers and poets, coffin ship victims and survivors, Protestants and Catholics, constables and revolutionaries. Some immigrated to North America, and others fought in foreign armies. Many were killed or had land confiscated by the English. Still, others adapted well to British Ireland. Collectively, their lives help tell the story of Ireland.

And your second book?

My other book is much different and much shorter. “Buy the Horse a Guinness & Other Wee Tales of Ireland” is a compilation of the stories I’ve told in Irish pubs or at festivals.

You’ve been all over the United States practicing your storytelling craft at festivals.

My wife, Linda, and I (plus our two dogs) drive all over the country to be in these festivals. We’ve been to the Pacific Northwest and the East Coast. There’s a great festival in Dublin, Ohio, just outside of Columbus. They’ve treated us very well there (and I’m a U-M alum!). The best Irish festival, in my opinion, is in Milwaukee. Closer to home, the one in Muskegon is very good; so is the Motor City Festival. I even did an event last year in the U.P. in St. Ignace.

What are your stories about?

My stories are based on 2,000-year-old Celtic mythology called The Ulster Cycle. It is a series of stories about a warrior and a hero named Cú Chulainn (pronounced Kookoolin). These stories are set up for a grand adventure. It’s like “Game of Thrones.” There are complex themes like ambition, jealousy and revenge—it’s all about the human condition.

There are close similarities to stand-up comedy and what you do, right?

It’s storytelling and a bit of a yarn. I throw in a lot of history and Irish culture. I like to draw the audience in. Keeping the art of oral storytelling alive isn’t common—especially in the electronic age. I enjoy my part in preserving history. And there’s always a punch line.

Tell us about the Storytellers of Ireland, of which you’re a part.

Yes—it’s an organization of elite storytellers dedicated to preserving and enhancing the art of oral storytelling. I’m the only American member! I’ve even done storytelling in Ireland.

How has the pandemic affected your storytelling appearances?

I’m doing weekly podcasts until I can do live events again. You can find them on my website clandonnell.net. [The podcast is called Random Thoughts from County Antrim.]

Kathy Belden lives in Canton, Ohio, but spends her summers on the shores of Grand Traverse Bay.