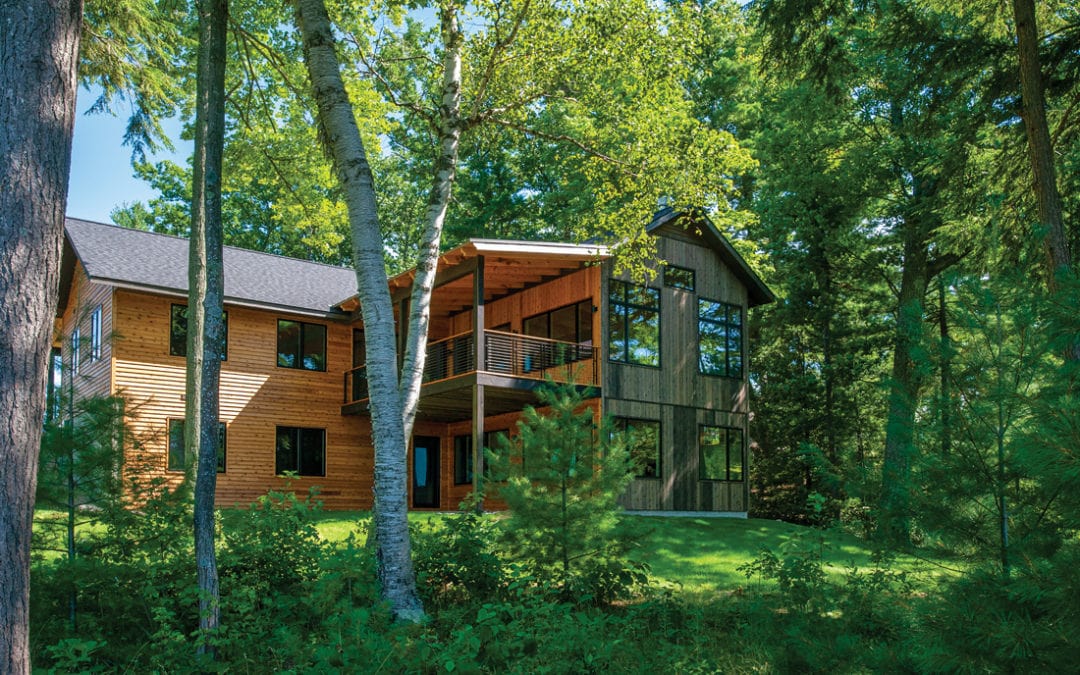 Western red cedar, maple and white pine blend naturally in this new home tucked into the woods on Cedar Lake. Enjoy the sneak peek of the home below, and see the rest of it on the Northern Home & Cottage 2020 Virtual Tour on October 30.

After spending his career as a forestry professor, wood has a special meaning for Kurt Pregitzer. So, when he and his wife, Maria, began envisioning their retirement home, they knew it would include plenty of wood, both as a nod to his career and to blend in with their wooded site on Cedar Lake, just west of Traverse City.

To that end, the Pregitzers chose builder Scott Norris of Scott Norris Construction and his son, designer Caleb Norris, to build and design their home. The father and son have forged their careers creating homes that utilize natural materials and are highly energy efficient—another quality that was important to the Pregitzers.

Clad in western red cedar from Idaho (where Kurt finished his career as Dean of the College of Natural Resources at University of Idaho, after teaching at both Michigan State and Michigan Tech), the finished home feels completely natural set on a knoll surrounded by maple, beech and pines. Black window frames and deck railings fashioned from black steel and wire add handsome, rustic-industrial touches. 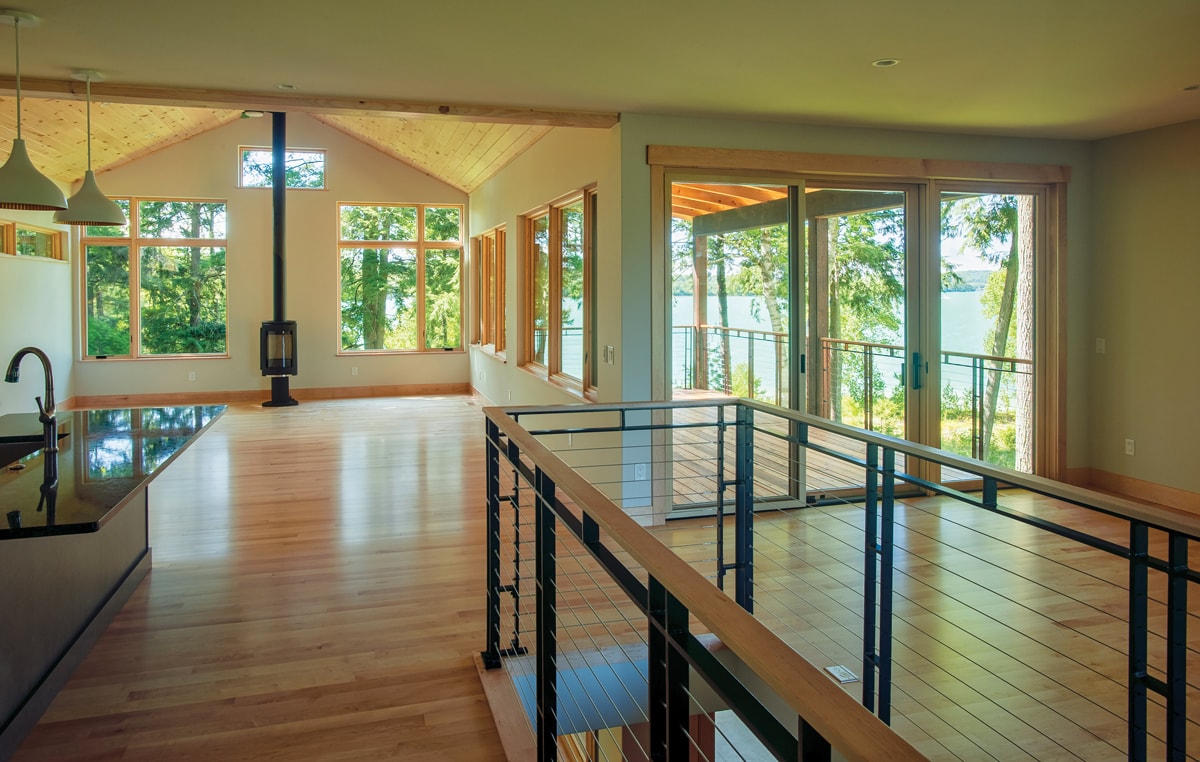 While an abundance of wood sometimes makes interiors feel dark, this great room is anything but, thanks to a combination of the light reflected off the lake that pours in through generous windows, and the clear lacquer seal used on the butter-colored maple floors and creamy white-washed pine ceiling and beams.

Like so many things about this house, built on property that has been in Maria’s family for 40 years, the white pine has extra-special meaning: It was harvested from a pine plantation that her father planted the year she was born.

There is much more to see and hear about in this truly unique home. Join Scott and Caleb Norris and the homeowners as they walk you through the house on our Northern Home & Cottage 2020 Virtual Tour.

Thank You to Our Presenting Partner, Golden Fowler Home Furnishings