A 1990s home on Old Mission Peninsula gets a makeover that breathes new life into the house, which was born with good bones. Enjoy the sneak peek of the home below, and see the rest of it on the Northern Home & Cottage 2020 Virtual Tour on October 30.

Sometimes in a renovation project, one thing naturally leads to another … that was the case when Anne and Tom Peterson hired Paul Maurer General Contracting and interior designer Paige Maurer to update the master bathroom in the home they had recently purchased. The couple loved the house, built in 1996, for its floor plan (main floor master, room for their children and grandchild to visit…) and its setting in Old Mission Peninsula’s wine and orchard country. But that master bath with its carpet and small shower enclosure? It needed some work. 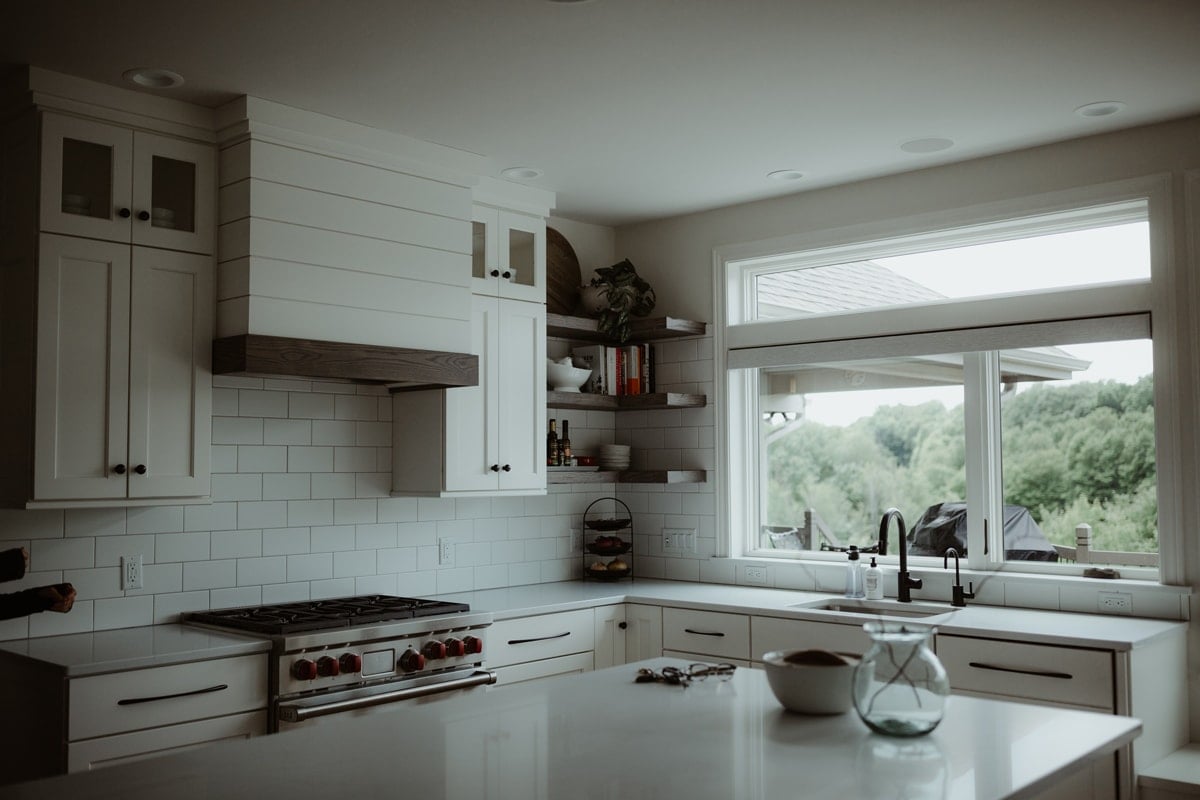 New to the area, Anne began noticing trucks emblazoned with the Paul Maurer General Contracting logo parked in front of beautiful homes under construction. Though she worried that the job was too small and their timeline too tight (they’d purchased the home in June and wanted the bathroom finished before they moved in, in August), she gave them a call. Yep, PMGC could get their job done.

Anne also did something she has never done before: she hired an interior designer to help her with the project. At first, Anne admits, she was reluctant to spend the extra money on a designer. “It’s like if you are getting married and you wonder if it’s really worth it to hire a planner,” she says. “And then you realize how invaluable one is.” And that was exactly what Anne found working with the designer she hired, Paige Maurer of Paige Lee Interiors. Beyond being a wealth of knowledge about products, resources and style, “she kept everything moving,” says Anne. 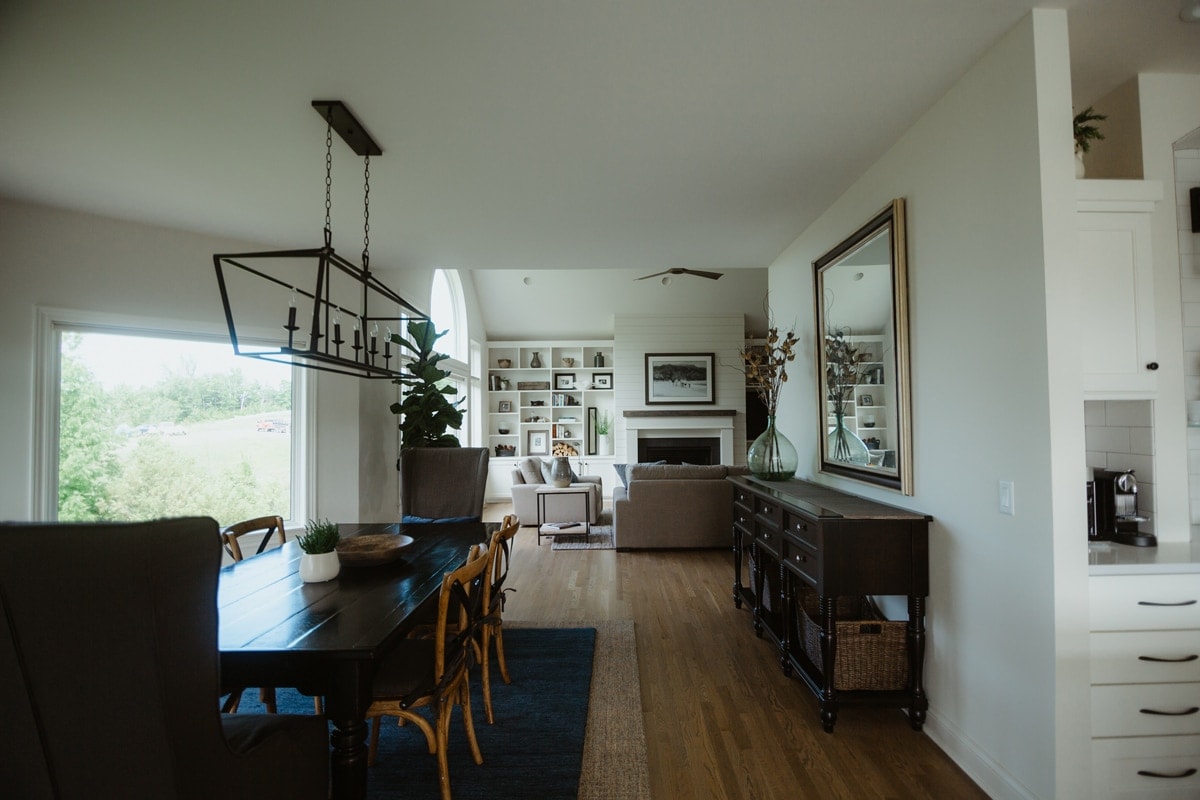 A month into the project, the Petersons realized that as long as the home was ripped up, maybe they should tackle updating the kitchen, too; and if they did the kitchen, then maybe it was time to update the entire great room. Paige and PMGC signed on.

The end product would make Chip and Joanna Gaines swoon—right down to the custom shiplap range hood and fireplace mantel. The original red oak floors in the kitchen and great room, now stained a pale gray, pull together creamy white cabinetry and a generous quartz island. And that master bathroom? It makes the Petersons feel like they are staying in a luxury hotel.

Join Paige as she points out many more of this home’s beautiful elements on our Northern Home & Cottage 2020 Virtual Tour.

Thank You to Our Presenting Partner, Golden Fowler Home Furnishings