Elk can be seen at any time of the year in the range of southern Cheboygan, Otsego and Montmorency counties. But as with any wildlife, they’re more visible at certain times of the day and year.

Elk are most active early in the day, toward evening and during the night. During the hot summer months (June–August) they can be hard to find, but your best bet it to look for them at the crack of dawn or just before dark.

September and October are prime months to watch elk. The breeding season (rut) begins in early September and peaks mid-month. During the winter, elk can be found near logging operations or in recently logged areas. But remember: winter is a stressful time of year for animals, and it’s illegal to chase after or harass wildlife.

Plan to spend adequate time. These wild animals are on their own schedule—not yours. Odds are you won’t be alone at these viewing areas. Your chances of seeing elk will be best if everyone sits quietly and avoids venturing out into the fields. (Don’t forget binoculars!)

Roaming Pigeon River Country with their bugle-like calls is one of the largest free-roaming elk herds east of the Mississippi. Readers who have followed Traverse, Northern Michigan’s Magazine over the years likely recall iconic images of these regal creatures (many taken by renowned wildlife photographers Carl Sams II and Jean Stoick) gracing our pages.

But elk in Northern Michigan haven’t always been so abundant. Due to unrestricted hunting and the loss of their habitat, Michigan’s native elk population disappeared in the late 19th century. Brought by rail from the western U.S., Rocky Mountain elk were reintroduced to Northern Michigan three times between 1916 and 1918. The last release of seven animals near Wolverine in 1918 would become the foundation of today’s herd.

That herd grew steadily, but poaching and diminished habitat quality reduced its numbers from 1,500 in the early 1960s, to 200 in the mid-1970s. Since then, thoughtful management of open areas and forests the herd needs to thrive has helped it grow to more than 1,100 elk.

Recently, the DNR announced elk habitat has been further protected with the addition of the Elk Forest at Black River, a 597-acre parcel in Montmorency County, to Pigeon River Country State Forest. The $2 million land deal conserves from development one of the biggest privately owned parcels in Michigan’s core elk range. The forest on the property will be sustainably managed to promote biological diversity, health and habitat.

Read Next: Northern Michigan’s ‘Big Wild’ is Getting Even Bigger 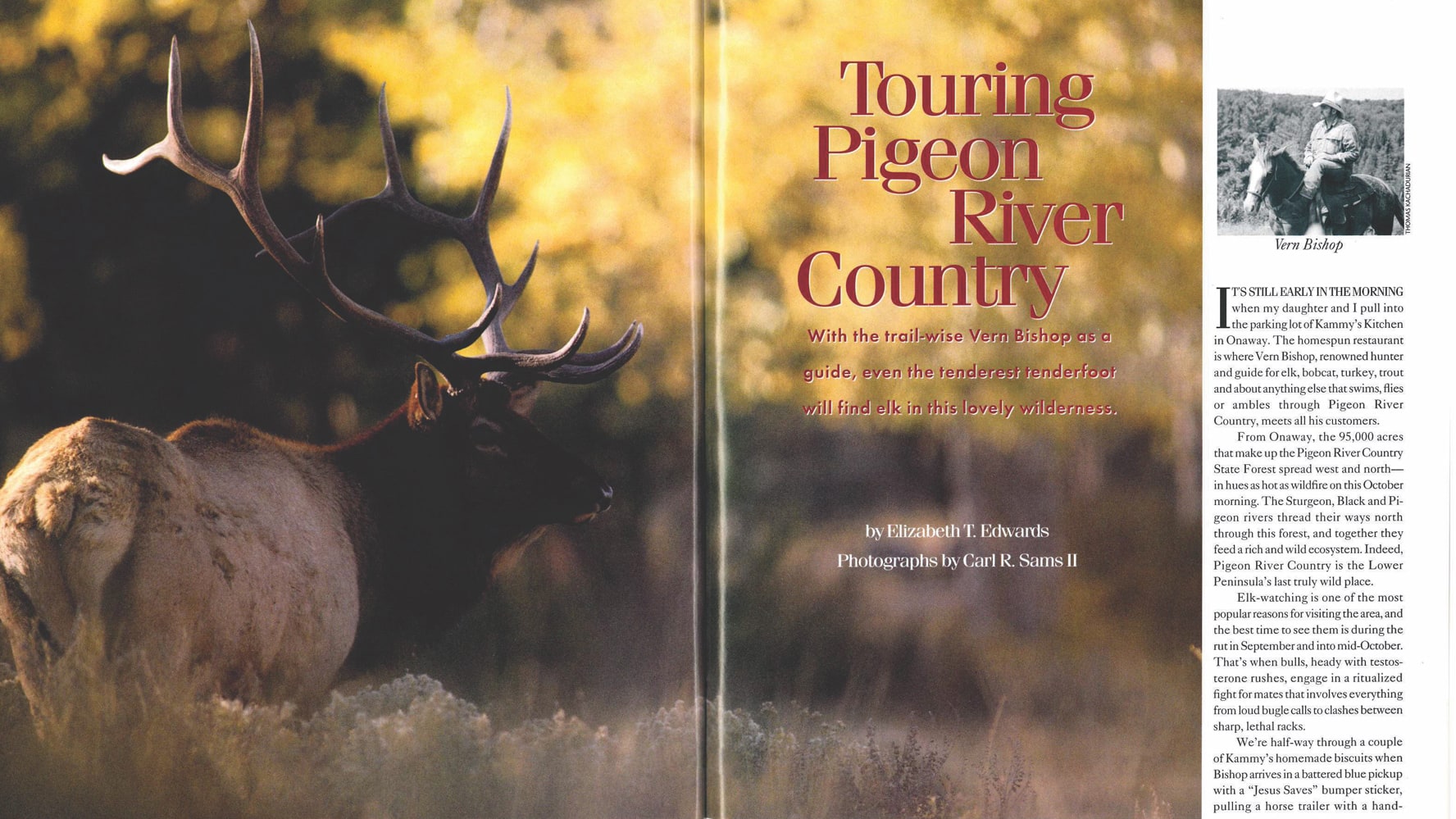