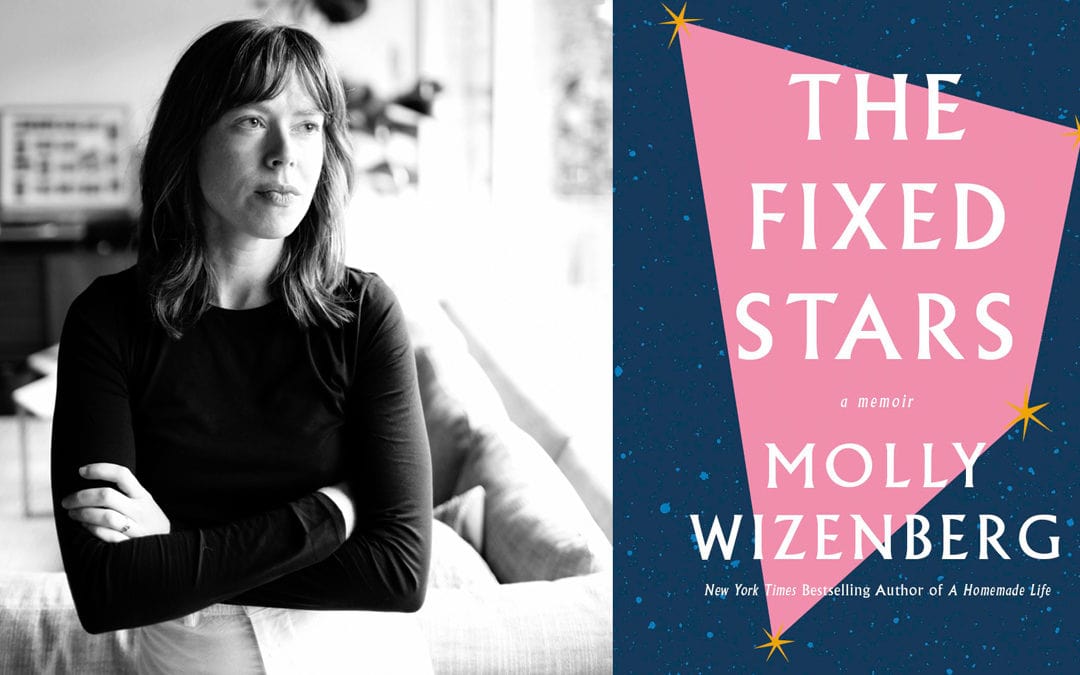 Molly Wizenberg, celebrated writer and gourmand, will be a part of Traverse City’s National Writers Series (NWS) event on Sunday, August 16, beginning at 7 p.m. to discuss her upcoming memoir, “The Fixed Stars.” The book is set for release on August 4, and is available for preorder at Horizon Books with a 20 percent NWS discount.

This is a free, virtual event. Register here. Guest host for the event is Elon Cameron, co-founder of Up North Pride, and healer of both body and mind.

In the summer of 2015, author Molly Wizenberg, then married to a man for nearly a decade, received a juror summons and subsequently, developed a crush on a female defense attorney that she can only describe as ‘devastating.’ “It felt different from anything else that had come before it and it was terrifying to me,” she says. “I had written a lot about my life beforehand, but then to feel this huge thing at the core of me really shift in a way that felt all-consuming [made me feel] like I had lost track of myself.”

Seeking clarity, she turned to her craft, and—spoiler!—she hasn’t looked back. “I’ve always used writing as a way to make sense of my life,” Wizenberg says. “[It] has always been the place where I synthesize events of actual life and start to make sense of them.”

Wizenberg’s most recent memoir, “The Fixed Stars,” is no exception to her system. In it, she uses her own life as a lens through which to explore some of the most sensitive elements of the human experience—sexuality, family limits, and the meaning of selfhood—all for the sake of finding some answers. “I set out to write the book to answer all these questions that I suddenly couldn’t get off my mind,” Wizenberg says. “I wanted to feel less alone in the experience that happened to me. And I hope that people who read it will feel less alone.”

Up to now, Wizenberg has been best known for her contributions to the world of cuisine. Following the launch of her lauded food blog, Orangette, in 2004, she has since gone on to win a James Beard Foundation Journalism Award, as well as write for such foodie-focused prints as Bon Appetit and Saveur, before making the jump to full-length writing. Her earlier endeavors, “A Homemade Life” (2009) and “Delancey” (2014), are both national bestsellers.

“The Fixed Stars,” however, is notably not about food; but while her purpose might be different, Wizenberg maintains that approach is the same. “It doesn’t feel like any sort of different project to me, to not be writing about food in this book,” she says. “This story was so clearly its own thing, that had no relation to food, and the transition felt really natural to me.”

Still, the way to the heart of any matter is through the stomach, and Wizenberg credits past writing endeavors for her delicious prose. “Through the years of food writing that I did, I found particular ways of approaching stories through vivid details and scenes that hopefully feel really real to a reader,” she says. And as in most aspects of life, Wizenberg remains unafraid to push binary boundaries. “All of these categories, like memoir and food writing, are put on us by the publishing industry. But, at the end of the day, it’s all either good writing or it’s not.”

Good writing is certainly no small feat. But according to Wizenberg, practice makes perfect—literally. “Do whatever you have to do to discipline yourself to practice writing,” she says. “Whether that is taking workshops that give you new ways of seeing, or developing a journaling practice for the first time.” Her own schedule, however, has seen some recent changes. “At the moment, I’m not working on any big [writing] projects,” Wizenberg says. Instead, she’s chasing a brand-new charge: teaching. “I’m doing a lot of teaching,” she says, “and it feels really wonderful!”