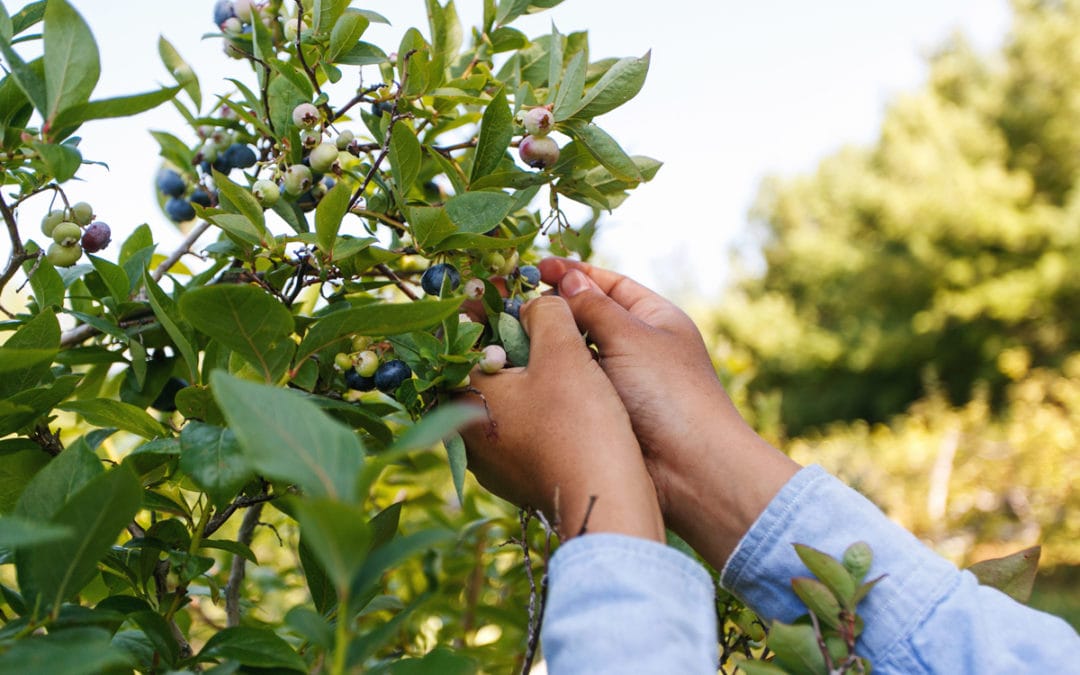 Echoing through the storefront of Buchan’s Blueberry Hill is the sound of a telephone practically rattling off the hook. It’s late morning in early August, and Ben and Lori Buchan have grown accustomed to the ringing din this time of year. It’s prime U-Pick season, but the little indigo gems budding out back aren’t quite ready for public consumption. “Thanks for calling Buchan’s Blueberry Hill,” Lori’s voice lilts from answering the machine. “We’re not yet open for U-Pick. Check our Facebook page for updates.”

This article was reported in 2019. Buchan’s is open for the 2020 U-Pick season! Check Facebook for hours, safety policies and more. 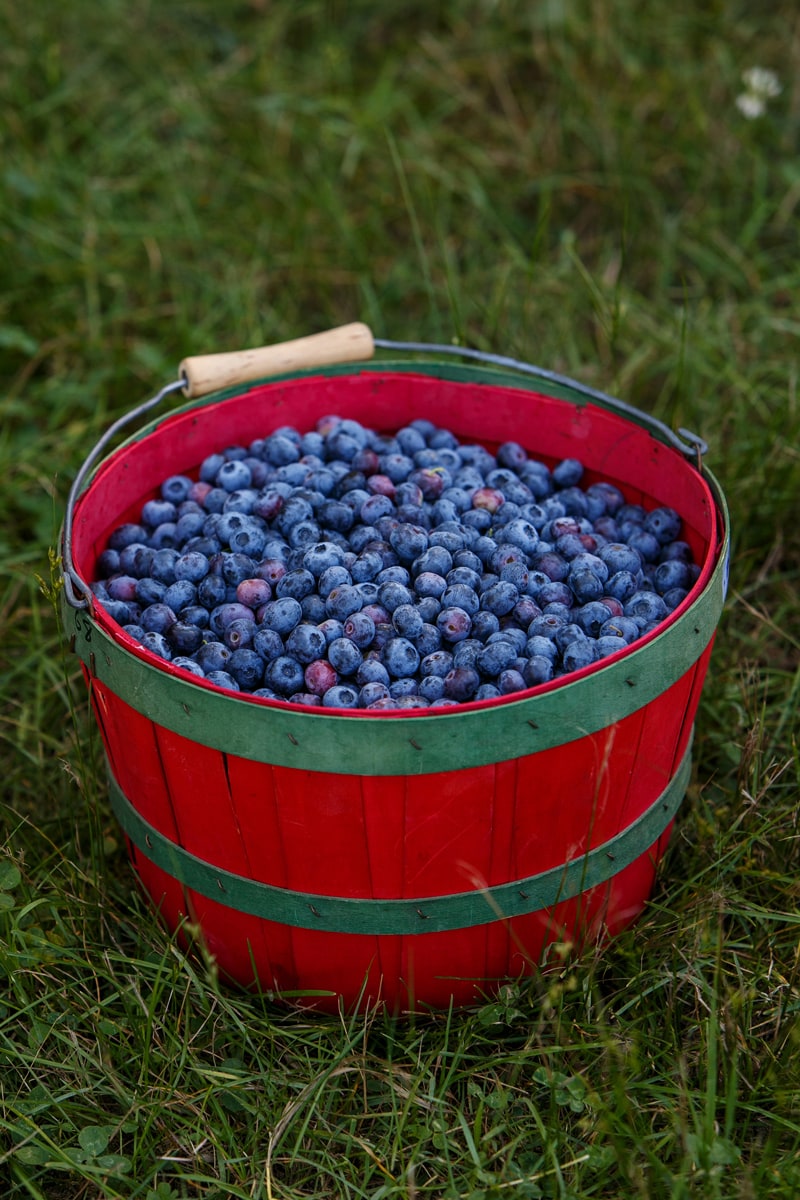 An unseasonably chilly summer has delayed the farm’s 2019 blueberry crop. Vacationers who plan visits to the farm between dips in the bay and meandering drives along Old Mission Peninsula will have to wait to fill their baskets with the azure berries gently clinging to bushes that stripe a broad patch on the Buchan family farm.

The chill has slowed business, but Ben Buchan, operator of the farm, still has plenty of work to do. His face has tanned a shade of terra cotta from weeks spent under the summer sun, blue eyes gleaming like just-ripened berries on the bush. He’s been zipping around the farm’s 14 acres on his green ATV, arriving at the five acres devoted to blueberries and pausing every few yards to check the progress of the crop, ensure the patch is sufficiently watered or to cart bushels of ripe berries back to the storefront to be sorted and boxed. Does he ever sneak a handful here or there as he’s working? “Nah, can’t stand ’em,” he says.

But Ben’s berries—as the farm’s slogan proclaims—truly are “Buchan good.” The berries offer a balance of sweet and tart, plump yet firm, with a velvety bloom that makes them look as though they’ve been plucked from a watercolor painting. Ben was raised on the farm and learned the blueberry business from his father, Norm—who didn’t much care for them either. In fact, Ben is the sixth generation of Buchans to operate the farm.

Although blueberries have been their bread-and-butter crop for decades, it all worked out by happenstance. “This was basically a swamp,” Ben says, as he motions to the patch before him. It was a wet swath of land his great-grandfather Lester, who operated the farm at the time, couldn’t quite figure out what to do with. As the land dried out, Lester discovered the soil was rich with peat, a spongy substance that bounces underneath your feet like rubber. Turns out, peat is naturally acidic and filled with nutrients—just right for cultivating blueberries.

More than 70 years later, Lester’s original bushes are still going strong and, along with the rest of the five-acre patch, help produce thousands of berries each summer. Typically, around late July, enough berries will be ripe for U-Pick season, but as the Buchans can attest, blueberries are a finicky sort. Too wet, too dry, too cold, too hot—picking season relies on how the weather wavers in the preceding months. “If the weather doesn’t cooperate, it can set us back weeks,” Lori says. 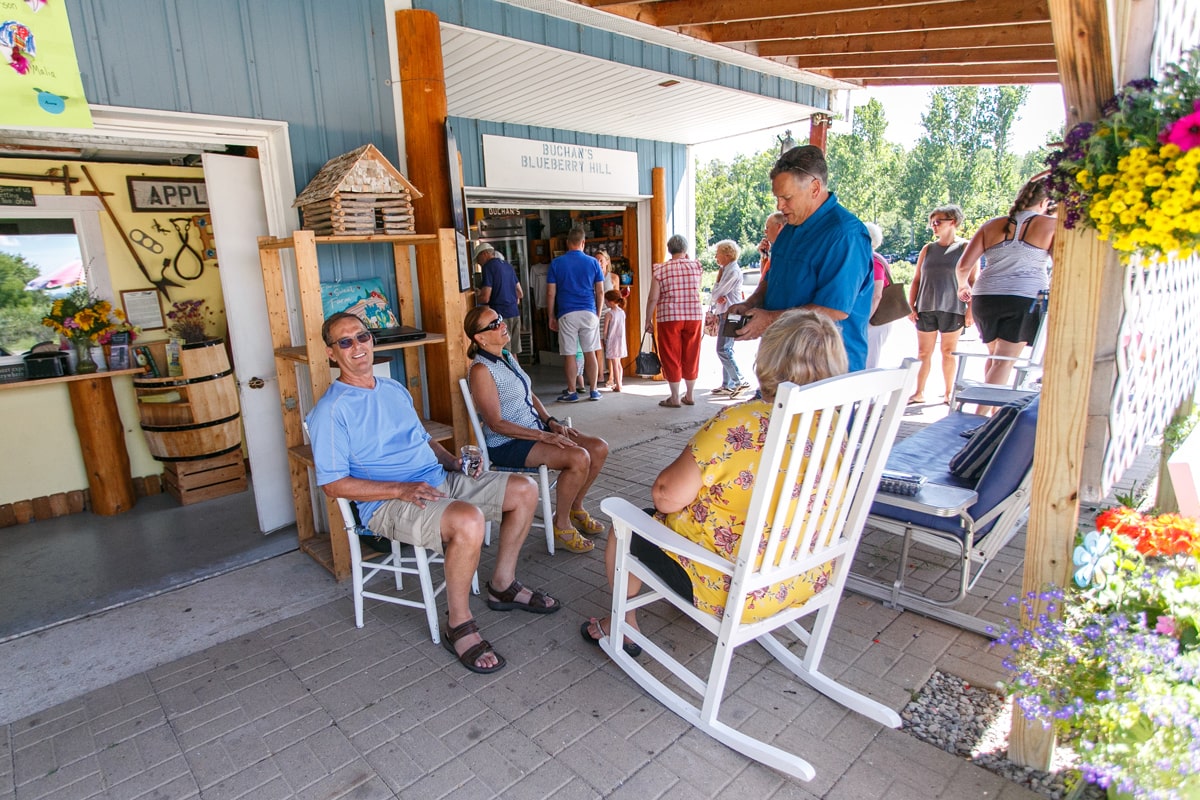 To bolster the 100-year-old farm during those less-than-temperate seasons, Lori devised a plan. A skilled cook with a retail background, she transformed the Buchan’s storefront into a gift shop, stocking shelves with homemade jams, jellies, granola and more stackable goodies made from scratch in the adjoining kitchen. That way, if customers stop by when the berries aren’t quite ripe, they can still take a little bit of Buchan’s home. In 2014, she added ice cream to her offerings: blueberry, of course, but also inspired flavors like Old Mission apple pie, lemon poppy seed, puppy chow and lavender—using lavender harvested from Harbor View Farm just up the peninsula. In the fall, they peddle homemade apple cider and fresh cider doughnuts.

Lori’s enterprising spirit has helped diversify the business, but it’s still the blueberries that take the summertime spotlight. Cars line the street dozens long on the first public picking day, the arms of the visitors full of empty baskets waiting to be filled. “Our legacies come back year after year,” Lori says. “They bring their kids because they remember coming out to pick when they were kids, too.” 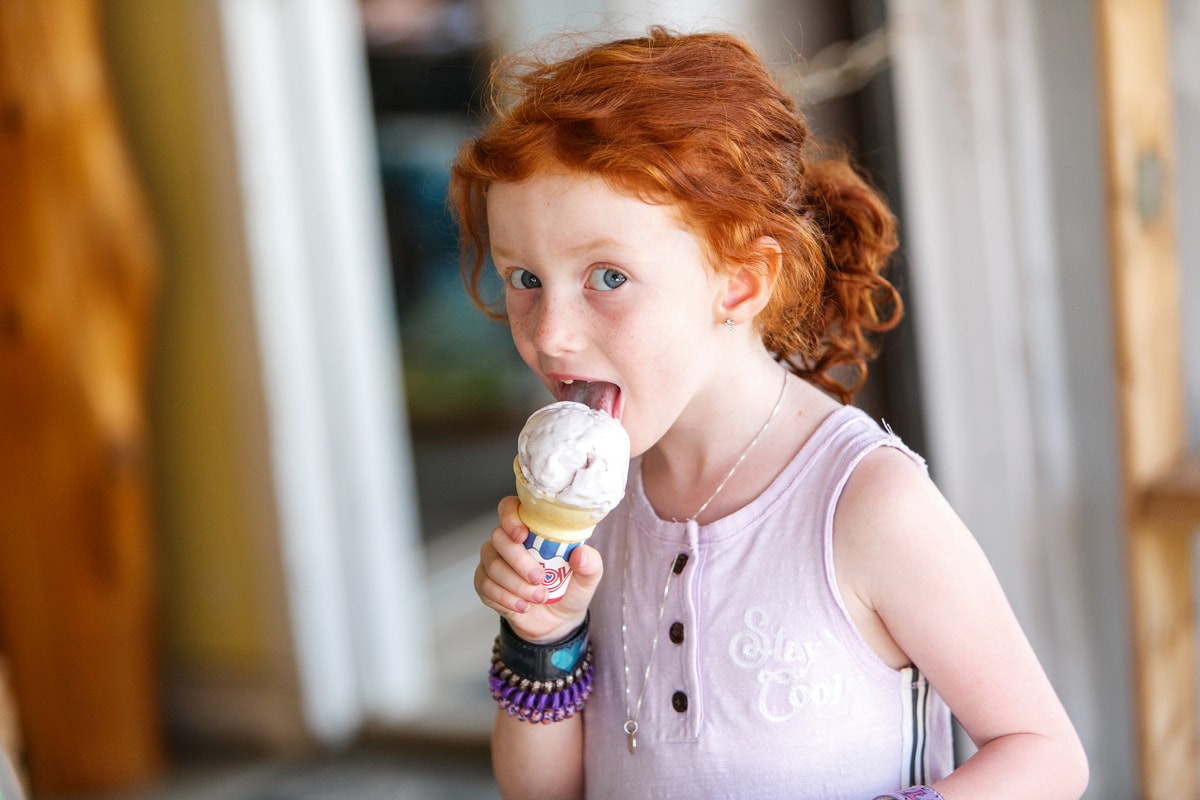 Out front, Lori rests for a spell on a metal glider padded with floral vinyl cushions—the same one that sat on her grandmother’s porch in Suttons Bay years ago. It’s not long before a dusty SUV ambles up the gravel driveway at Buchan’s Blueberry Hill. “Are you open today?” asks a hopeful voice from inside. “Not yet for picking,” Lori concedes as she rises to greet her potential customers. “Just a little behind this year.” The family parks and shuffles out, poking around the store, batting around sundae choices and picking up a quart or two of the packaged berries ripe enough to sell. They’re only in town for the week, so it’ll have to do for now. “We’ll come back next year,” assures the mother of the bunch. “We come every year.”

The phone rings again. Outside, Ben hoists himself behind the wheel of his ATV and revs it up. “It’ll be busier than we know what to do with soon enough,” he says, then putters out to the patch to tend to the blueberry bushed as the Buchans do, and have for generations.

This beloved family recipe comes from Ben Buchan’s mother, Karen. She normally makes this pie in bulk, so the recipe has been adjusted for a single pie—be sure to taste test and experiment as you go!

Beat the first six ingredients for five minutes at medium speed. Fold in the blueberries. Pour into the pastry crust. Bake at 400 degrees for 25 minutes. For topping, blend together the flour, margarine and chopped pecans. Sprinkle on top of the pie and bake for 10 minutes. 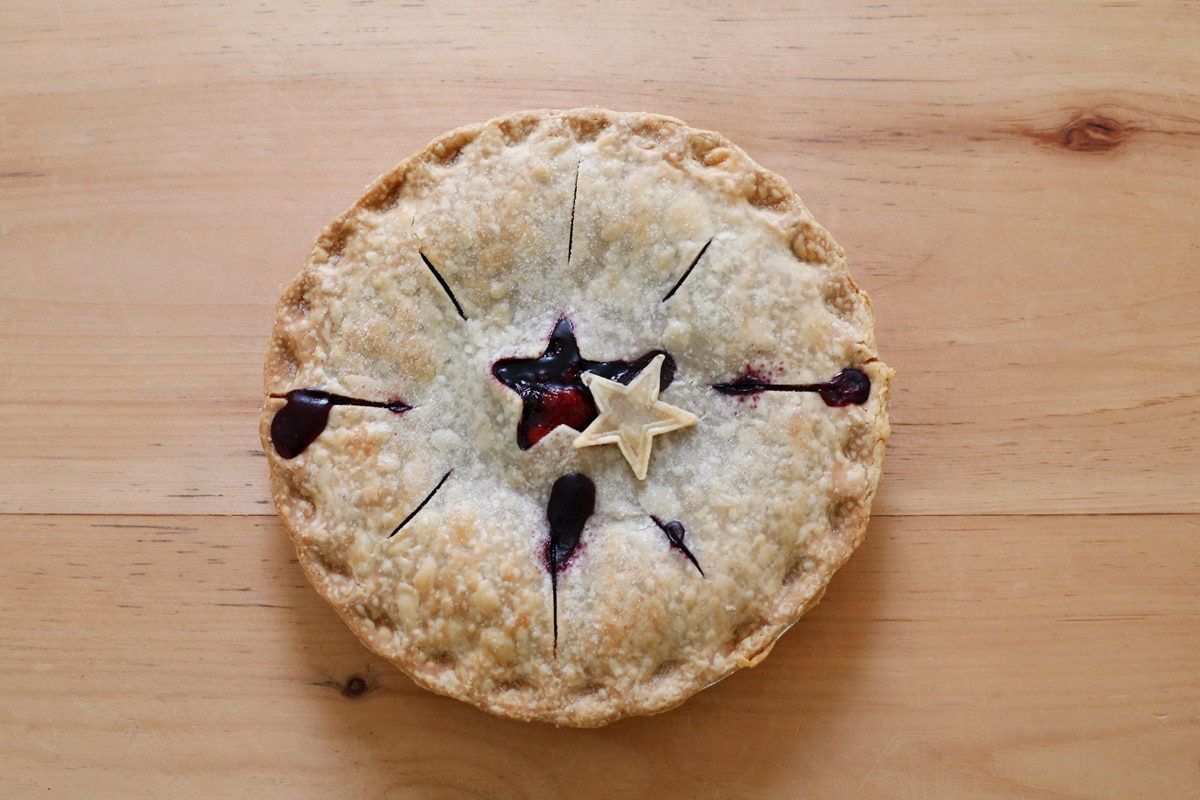