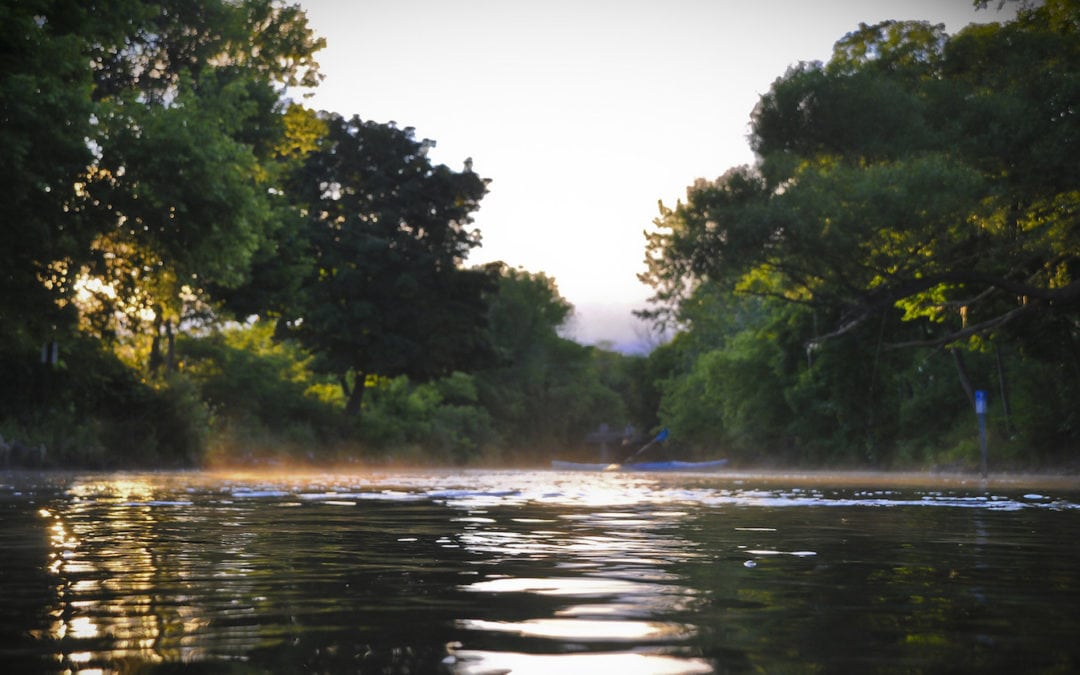 Traverse has had its eye on the Boardman River from our inaugural issue in June 1981, when we published our cover story, “A Dream Realized: Boardman Redevelopment.” Our editorial team back then—Deb Fellows and Jeff Smith—agreed with a number of city leaders that it was time to treat this river, that hairpins through Traverse City and empties into Grand Traverse Bay, as the jewel it is. While people no longer emptied raw sewage directly into it as they had in the 19th century, its banks were eroding, outmoded hydroelectric dams impeded the river’s free-flowing water and there were virtually no public access points for people to experience the river.

Read our June 1981 issue! We’re sharing it free online, along with our June 2020 40th anniversary magazine. Read them both here. 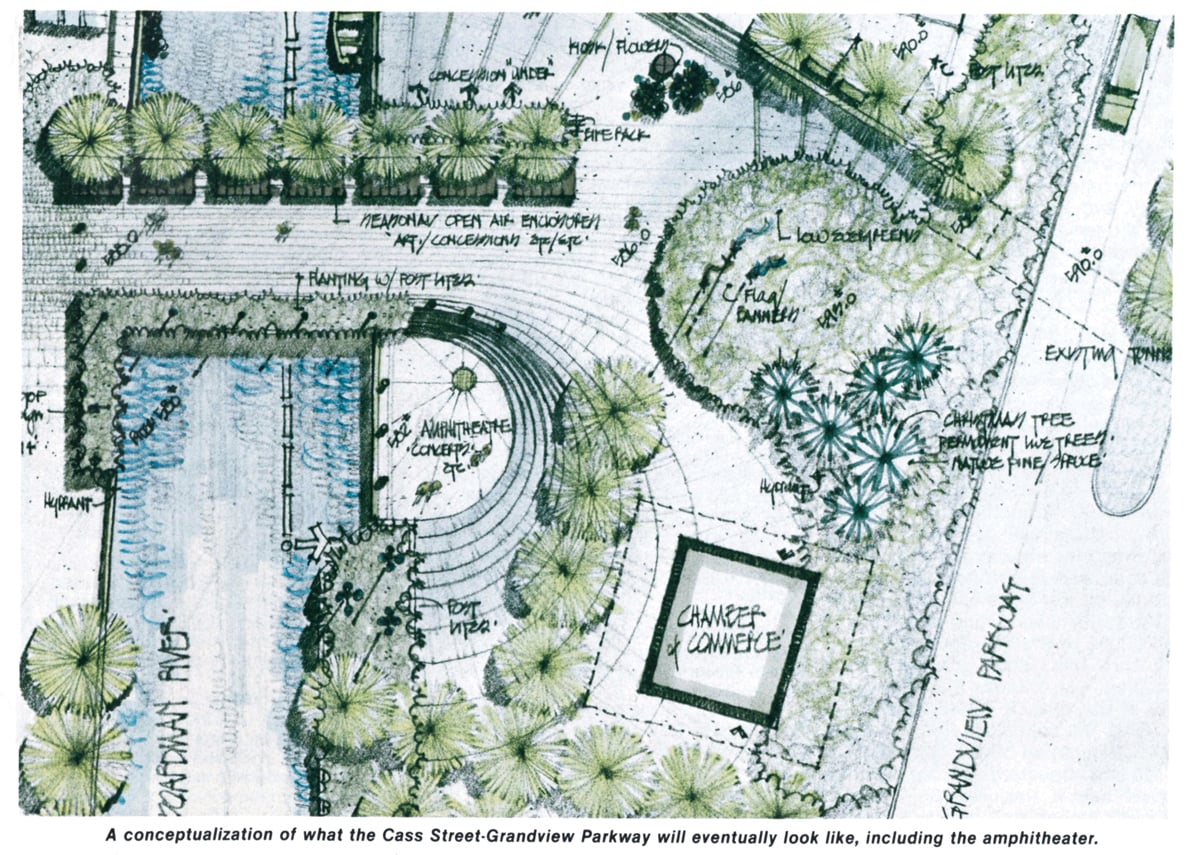 A drawing published in the June 1981 issue of Traverse Magazine shared the idea for an amphitheater along the river behind the Chamber of Commerce.

The plan that we wrote about 40 years ago hasn’t all come to fruition (no water taxis!), but still, the city and community have made great strides in restoring TC’s river. City Planner Russ Soyring, who has held the position since 1986, helps us highlight some of them: 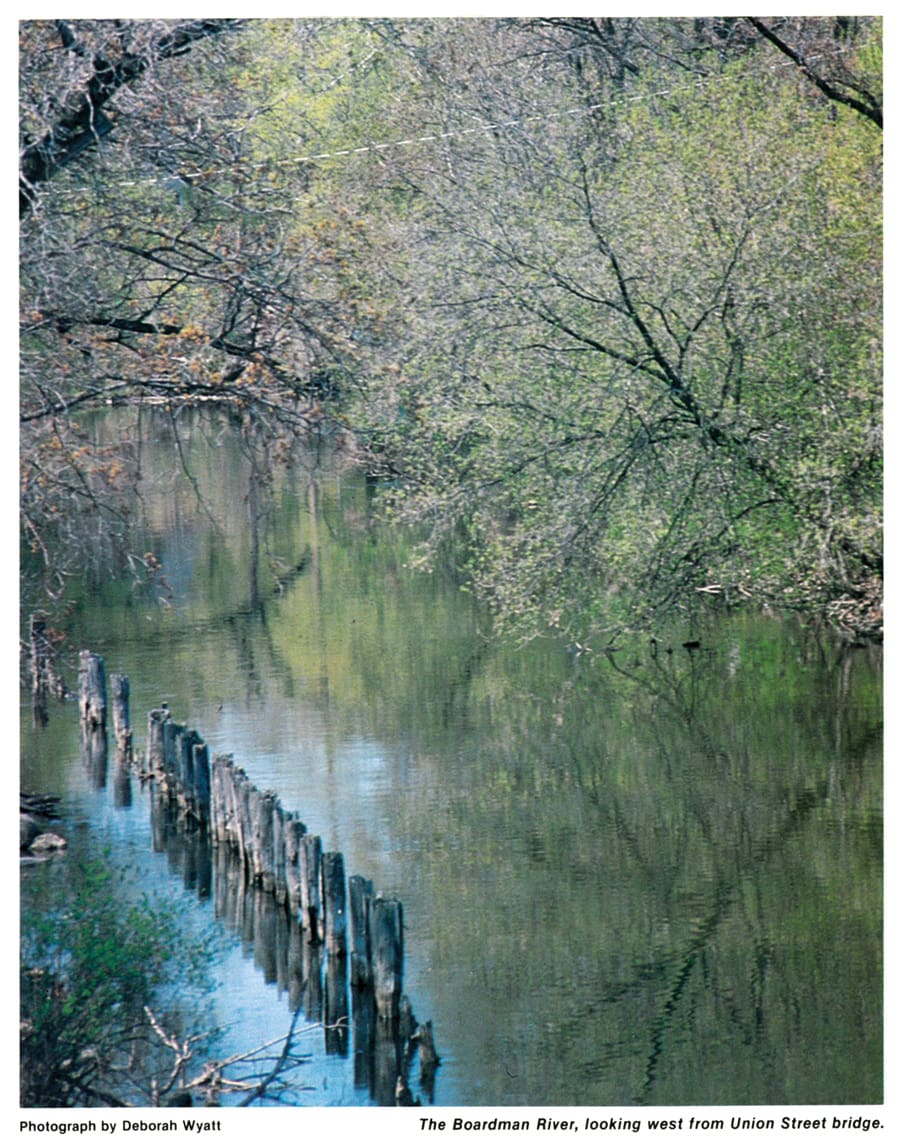 What might the future bring? “We have a detailed plan for a beautiful public pier at the mouth of the Boardman River. This project was put on hold so other critical infrastructure needs within the city can be addressed,” Soyring tells us.