The Many Names of Grand Traverse Bay’s Power Island 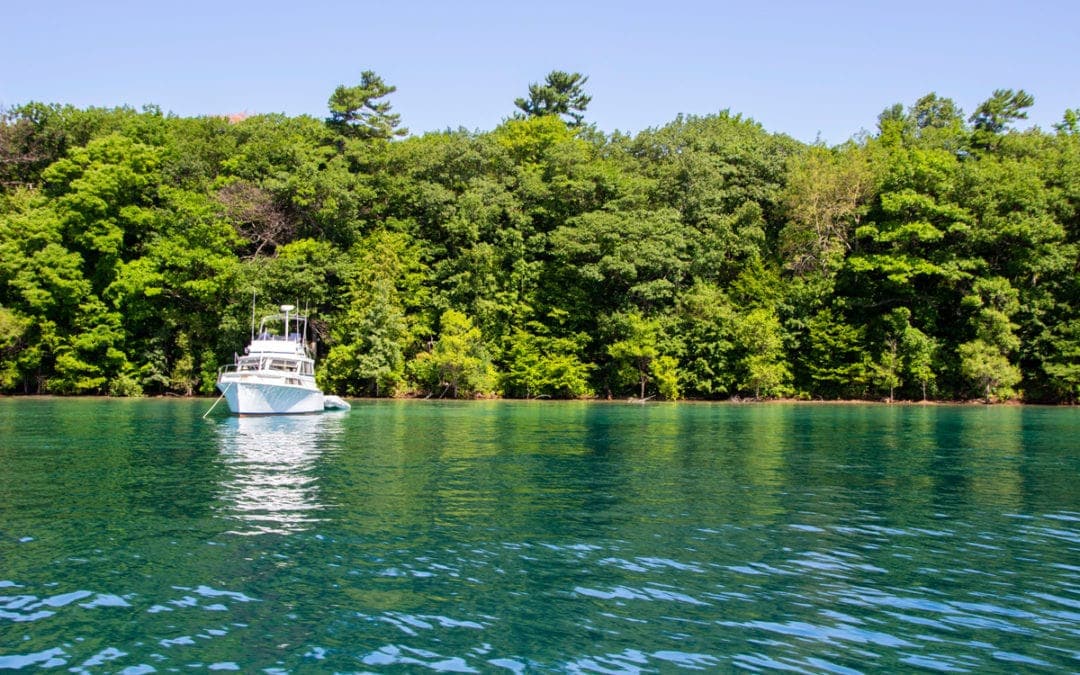 At one point, the “Island of Many Names” earned the nickname Hog Island, as noted in “Along Grand Traverse Shore,” by M.E.C. Bates and M.K. Buck. Buck wrote, “Years ago, because of the many hogs left there … during the summer to be fattened on mast (the fruit of certain forest trees), it was called Hog Island, but I am glad to say that this was never anything but a nickname.”

Cindee wrote that early residents claim it was first named Eagle Island after a pair of bald eagles who made their nest there. The island changed hands several times before it was conveyed to Frederick Hall in December 1872. Hall named it Marion Island after his only daughter. Marion Hall Fowler kept the island many years after the death of her father before selling it to Henry Ford for $100,000 (with the intention that it would be preserved and not exploited). The island was then called Ford Island for a short time.

The island changed hands several times again before landing with its present owner—Grand Traverse County. By the time Cindee’s article was published in 1981, the name had reverted back to Marion Island.

Today, we call it Power Island, and we’re thankful that some things haven’t changed—like the 200 wooded acres, 5 miles of trails and some of the best camping around. 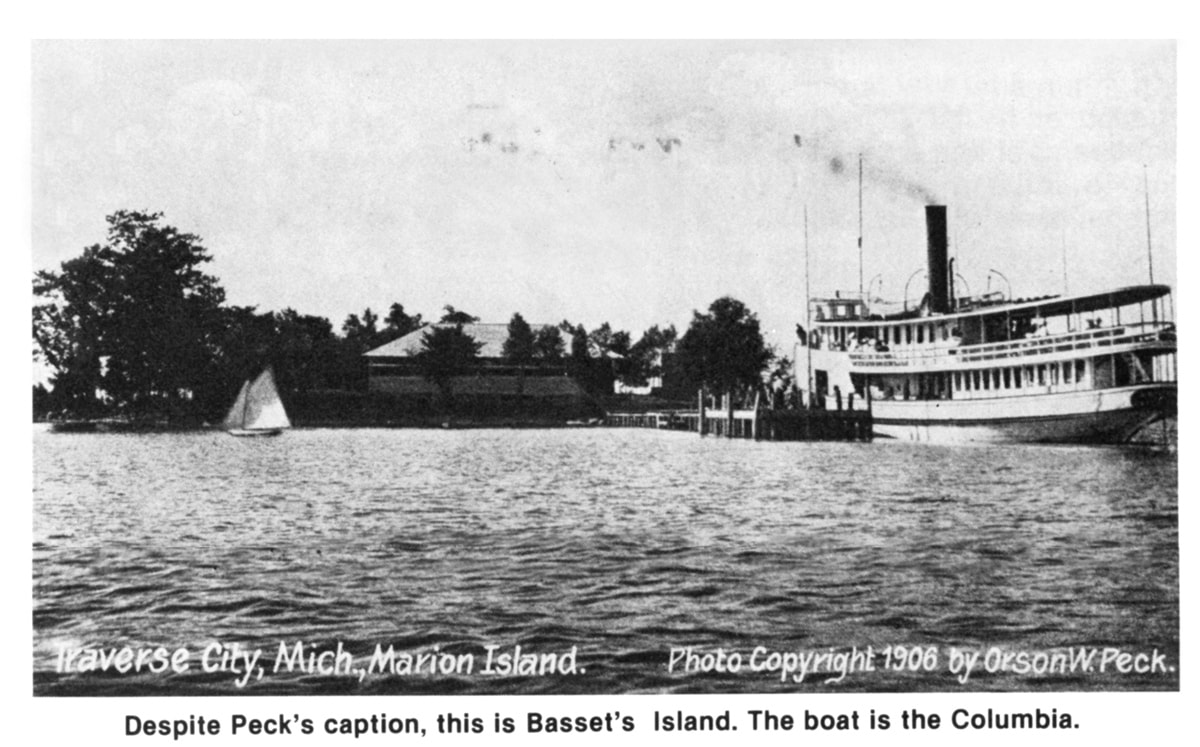 Bassett Island, a small island just north of Power Island, was named after Dick Bassett, who lived there for nearly 25 years. Known as a hermit fisherman, Bassett planted apple trees, grapes and vegetables. Around 1905, he sold the island to the Vice President of the Chicago Yacht Club. Finding the island unsuitable for a landing site, the yacht club exec sold it to a group from Traverse City. They built a pavilion and dock on Bassett Island and held dances three times a week! The steamer Columbia brought people over for the parties. Like Power Island, Bassett Island is owned by Grand Traverse County, and the County Parks and Recreation Commission stewards the islands. Camping is currently not permitted on Bassett Island, as rising water has covered the isthmus that connects it to Power Island. View more information and current camping policies.