The North Country National Scenic Trail, or North Country Trail for short, is the longest trail in the National Trail System, stretching more than 4,600 miles between North Dakota and New York. In Michigan, the trail covers 1,150 miles and connects some of our most scenic and beloved destinations, including Porcupine Mountains Wilderness State Park, Tahquamenon Falls State Park and Pictured Rocks National Lakeshore, along with many small towns and communities whose residents embrace the trail and welcome those who hike it.

The website for the trail beckons visitors to “Come to the North Country.”

“Trek the hills and valleys. Stand on the shores of lakes and streams from glaciers 10,000 years before. Clear-flowing water, red/gold of autumn, a fairyland of snow, open prairies and distant horizons paint the land,” the website reads. “Historic sites along the way tell how America settled and grew as a nation. From North Dakota to New York (and soon Vermont), adventure is never far away.”

Spawned from the National Trails System Act of 1968, the North Country Trail has grown from a grand idea to a destination for hikers and backpackers looking to experience some of the best small towns and scenic places in the United States.

As a National Scenic Trail, the trail is administered by the National Park Service with assistance from the North Country Trail Association, a nonprofit organization comprised of thousands of members and volunteers who work on building, maintaining, planning and promoting the trail.

The association, headquartered in Lowell in Kent County, has 37 local chapters and affiliates whose members not only help build and maintain the entirety of the trail but also lead hikes and events promoting the trail.

Michigan hosts more miles of the North Country Trail than any of the other seven states the trail traverses.

The trail also provides the backbone of the hiking portion of Michigan’s signature Iron Belle Trail, which stretches from Ironwood in the far western Upper Peninsula to Belle Isle in Detroit.

In 2013, then-Gov. Rick Snyder, who declared Michigan “The Trails State,” wanted to showcase Michigan by creating a trail from Detroit to Ironwood. The idea later evolved into one trail with two routes—one for hiking and one for bicycling.

The hiking route of the Iron Belle Trail is 1,273 miles long, sharing 1,033 miles with the North Country National Scenic Trail as it travels through 48 of the state’s 83 counties, across the Upper and Lower peninsulas. The Michigan DNR oversees the trail.

Today, the Iron Belle Trail is 71% complete, with many projects underway over both the hiking and bicycling routes to connect the gaps remaining along the trail between Michigan’s great natural resources, towns and endless recreational opportunities.

Some hiking highlights along the North Country Trail’s Iron Belle Trail sections in the Upper Peninsula include the spectacular Pictured Rocks cliffs east of Munising, hills and ridges, waterfalls and rivers of state-managed forest lands, five state parks and the Hiawatha and Ottawa national forests.

After shuttling across the Mackinac Bridge, the trail continues south along the western side of the Lower Peninsula, where more state parks, the Jordan River Valley, the Manistee National Forest, Yankee Springs State Recreation Area and the North Country Trail Association’s headquarters in Lowell await.

Read Next: Take a 4-Day Backpacking Trip on the North Country Trail 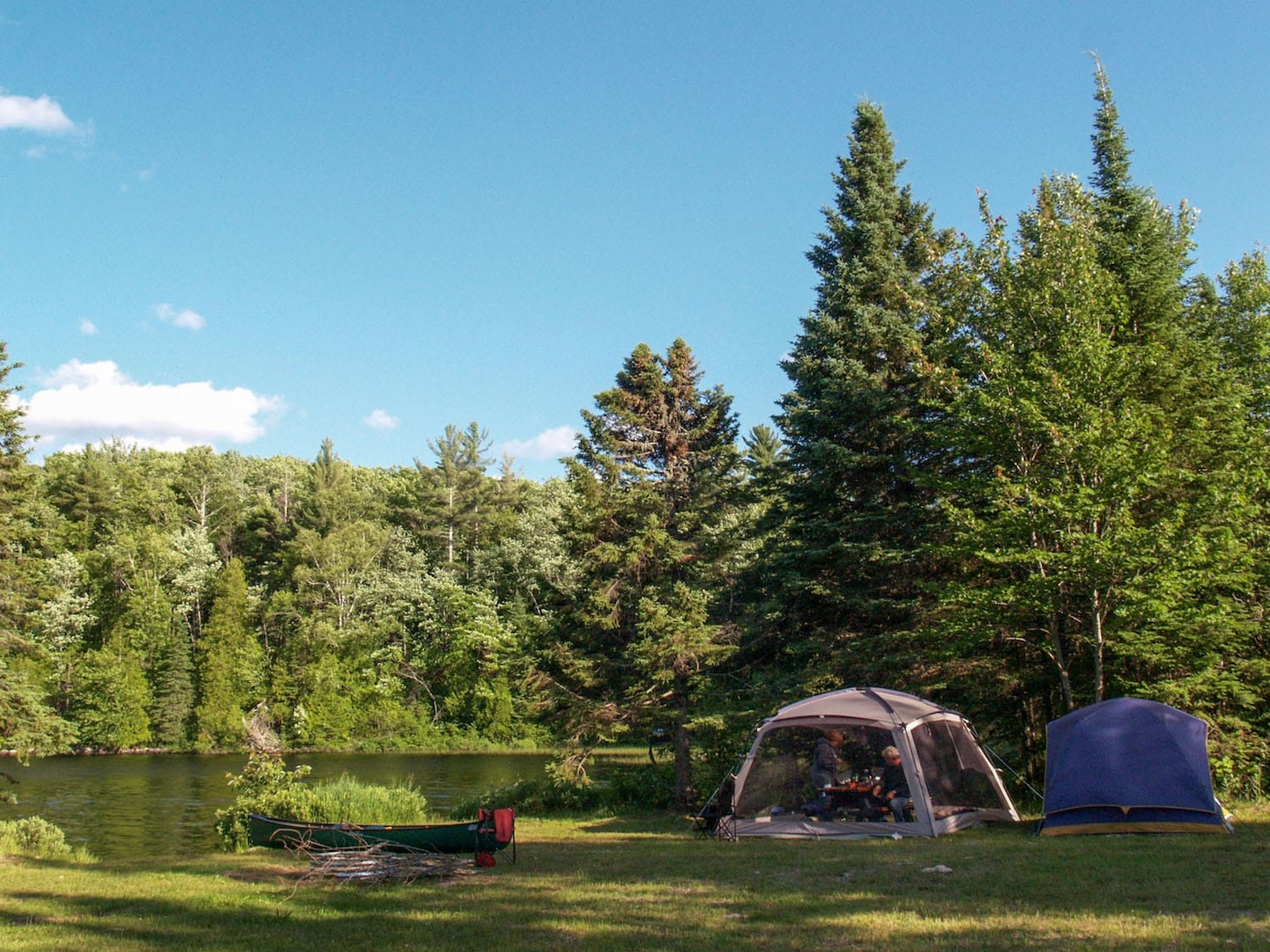 Jane Norton, president of the association’s Chief Noonday Chapter in southwest Michigan, has been involved with the organization for eight years. She joined the association as a new hiker but quickly became involved as she made friends with others in the chapter.

“Now I have something to do all the time—hiking is a year-round activity,” Norton says. “I’ve met a lot of great people.”

In 2017, she hiked the entire length of the North Country Trail in the Lower Peninsula, a distance rambling more than 500 miles.

“It was section hiking; I’d take three or four days at a time and drive up to hike the next section. The fun part was being in small towns that I had never been to,” Norton says.

She completed her hike of the Lower Peninsula in 34 days, an adventure that started out as a way to celebrate her birthday and ended up becoming a trek across the state.

Recently, as the president of her local NCTA chapter, Norton has seen a large increase in hiking due to the COVID-19 pandemic.

“It is great to see so many people of all ages outside; so many new people. I hope they continue hiking and become members and volunteers,” she says.

Thousands of volunteers along the North Country Trail plan workdays, conduct regular maintenance and, like Norton, devote their own time to the trail they love.

“I’m impressed by the volunteers who come out to work, building bridges, puncheon (boardwalk), trimming brush and trees,” Norton says. “I greatly appreciate the time that they put in.”

With so many unique and scenic destinations to offer hikers along the way, and with its hundreds of volunteers and supporters, the North Country National Scenic Trail—and by association, the Iron Belle Trail—is just one of the many great reasons why Michigan is likely to maintain its status as “The Trails State.”