A First Time for Everything in Grand Traverse Region 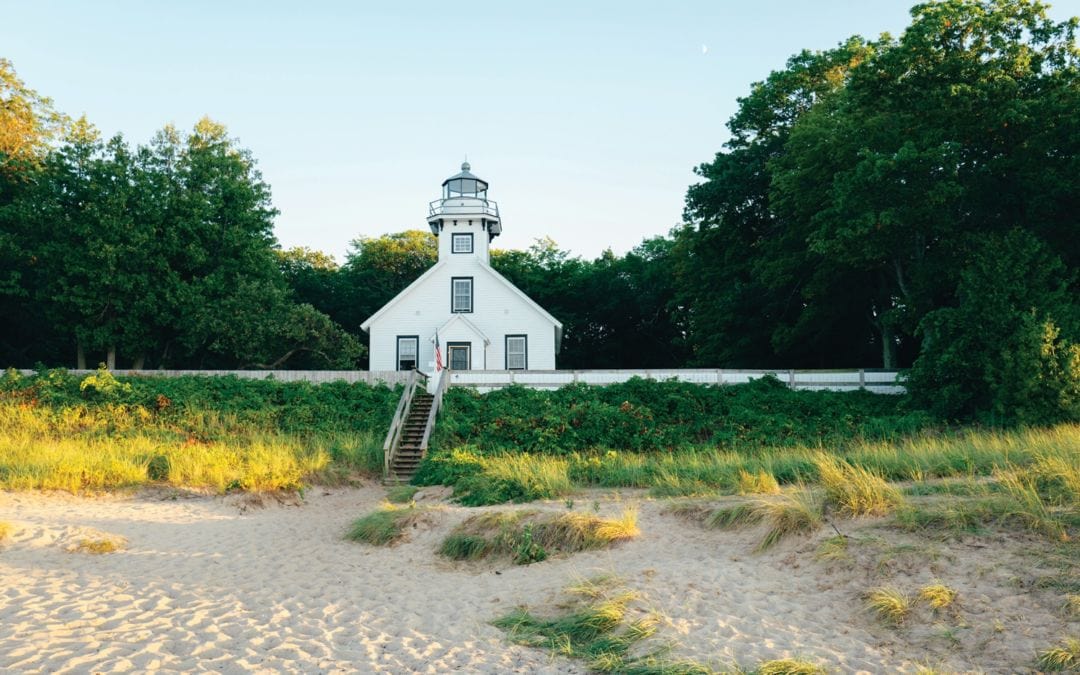 When was the first house built in Traverse City? And when did it became a popular honeymoon destination? Here are four firsts in the Grand Traverse Region.

The first house in the region was built in 1847 by Horace Boardman. After constructing a sawmill near the mouth of what is now called the Boardman River, he decided to make his home near present-day 8th Street and Boardman Avenue in Traverse City. The house was only 16 feet by 24 feet and made from pine logs hewn with a broad ax. It was known as the blockhouse and eventually destroyed by fire.

Even before the Traverse area was completely settled, it was a destination for honeymooners. The first of these “wedding tours” was that of Lewis Miller and Catherine Kiley in 1845. After being wed near Mackinac, the Millers set sail in a chartered sloop called Lady of the Lake in late September. Bad weather kept them in the Little Traverse area for a while, but they eventually arrived in the harbor at Old Mission. They decided to stay in the area and their son, Henry, was the first white child born in the region.

The exact year is not recorded, but the first celebration in the area was held in Northport in the mid-1800s. All available guns were gathered, and with a cannon provided by an old sailor, the settlers saluted the United States.

The region’s first mail was delivered in 1844 by John Campbell. It consisted of two letters and a religious magazine. W.R. Stone set up the first post office in 1851 on Old Mission. As the postmaster, Stone received no salary, and he kept the mail in an old raisin box nailed to the wall of his kitchen.