When There Were No Fireflies 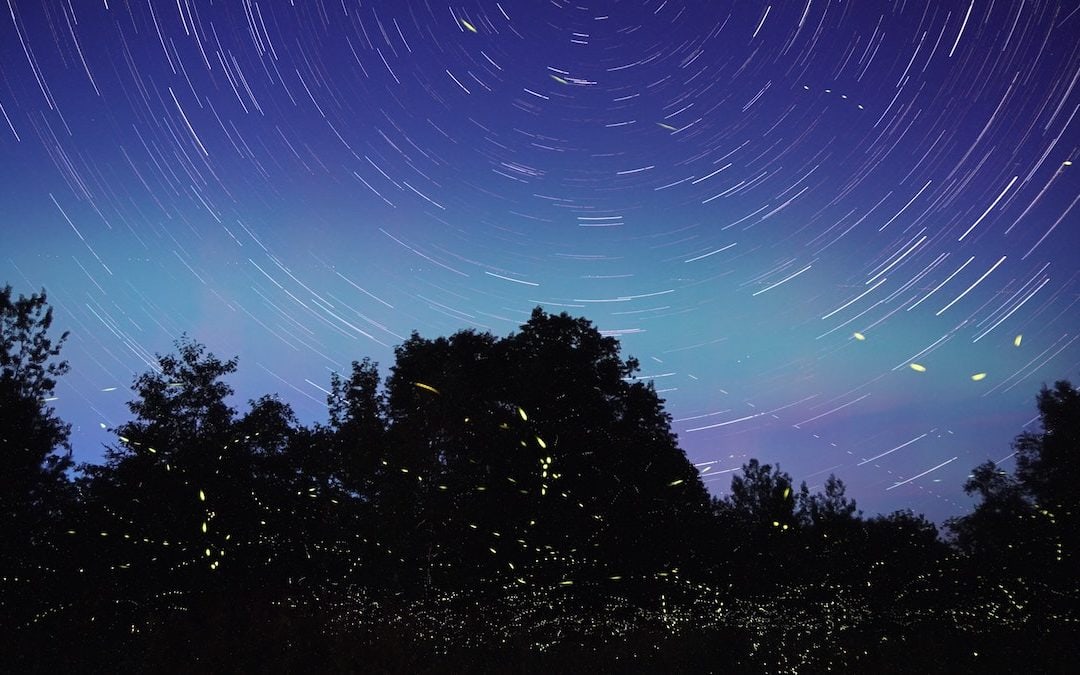 Rachel Coale with Michigan’s Department of Natural Resources wonders what Northern Michigan summers would be like without fireflies.

My coworker Kathleen says she remembers when there were no fireflies.

For me, it’s hard to imagine a hazy summer night without them floating luminously in the tall grass, winking out and reappearing as if powered by magic. The thought of them going missing is unsettling. But researchers say that’s what is happening, pointing to light pollution, pesticides and habitat loss as drivers of the trend.

It’s easy to talk about the big events in environmental history: rivers aflame, piles of trash swirling in the ocean and oil spills blotting out rivers. But who would notice the absence of a fleeting glow on a warm summer night?

An eye for detail led Kathleen to her first career as a journalist, seeking the truth and finding the core of a story. She tells colorful stories of her experiences, weaving sights and sounds into words.

“Showing the details … turns a summary into a movie,” she has said. A familiar anecdote from Kathleen is about the missing fireflies of her youth.

Unlike in my childhood, she didn’t have them in her neighborhood—they were just gone. The fireflies were likely the casualties of a since-discontinued pesticide spraying program, common at the time, that wiped out the good bugs with the bad.

Most of us know about the plight, and subsequent comeback story, of America’s bald eagles. With their eggshells weakened by the pesticide DDT, nests failed, and the species was in peril. At their lowest point in the late 1970s, there were only about 400 surviving eagle pairs in the lower 48 states. They’ve since recovered their place in the sky after a national ban on the pesticide and regulations enacted to protect eaglets.

At least in Kathleen’s neighborhood, she’s been able to spot the glow of fireflies where there weren’t any years before.

In my case, I grew up in northern Lower Michigan, after bottle deposits, the Clean Air and Water acts of the 1970s and people’s demand for a cleaner world changed the landscape.

Things aren’t perfect; I still sometimes come across a dump site in the forest when I’m hiking. But for the most part, our woods and waters are much cleaner than they once were.

Growing up, my siblings and I caught fireflies in old jam jars, marveling at their blinking, greenish glow (the product of a chemical reaction). I was never afraid to proudly bring home and cook a bluegill I’d caught on a family fishing trip, or breathe in the night air on a campout.

Not that long ago, that wasn’t the case in many places. A lot of thought and effort has gone into making our actions less harmful to the ecosystem. While we’ve made progress, there is still more to do.

For the most part, you can’t see or smell contaminants like per- and polyfluoroalkyl substances (PFAS)—a suite of manmade chemicals found in a wide range of items from nonstick cookware to weather-resistant clothing and fire retardants—or know how much carbon is in the atmosphere just by looking.

They are connecting with nature and taking steps to protect our interconnected ecosystems from threats like pollution and invasive species.

It doesn’t mean we all must start exclusively wearing hemp and shunning deodorant. It just means being mindful, making smart choices and thinking about our connections with nature. To paraphrase poet and activist Maya Angelou, “when we know better, we do better.”

As hikers, hunters, anglers, birders and outdoors people of all kinds, we’re the ambassadors for outdoor spaces with the ability to share why these places matter. We can help ensure that kids can be captivated by nature’s magic, like fireflies, for generations to come.

What will I be able to tell people 30 years from now?