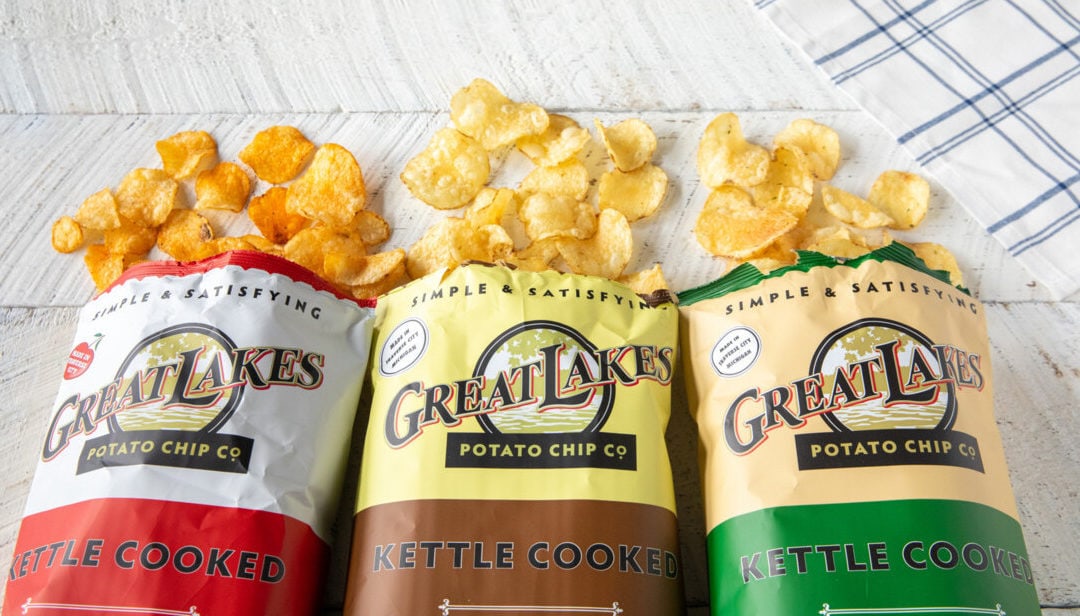 Skin on. That’s the flavorful key to achieving a “little extra zip” in each chip, according to Ed and Chris Girrbach, the father-son duo who co-founded Great Lakes Potato Chip Co. in 2009.

Ed and Chris use only Michigan potatoes, proudly grown in Mecosta County by Sackett Potatoes. After the thick tubers are unloaded at the Great Lakes Potato Chip Co. production facility, they get washed, conveyed to the slicing machine, sent in small batches to the cookers, inspected and seasoned. The company produces nine classic flavors including Parmesan ranch and sea salt and vinegar, as well as seasonal favorites like cinnamon sugar and cherry BBQ. (Chris tells us there’s a new flavor coming this fall.) Once seasoned, each satisfyingly salty slice is off to be packaged, weighed, bagged and shipped.

Today, their coveted chips are sold in thousands of stores across the Midwest and a handful of other states. Michiganders can find Great Lakes Potato Chips at local markets, delis, coffeehouses and several big chain grocery stores.

So, when you plan your next Northern Michigan gathering, the question isn’t if you should get a few extra bags of potato chips, but what flavors will you choose? (For those who can’t decide, the party pack is a people pleaser.)

Read Next: How Great Lakes Potato Chips Turned the Humble Potato into a Multimillion-Dollar Business