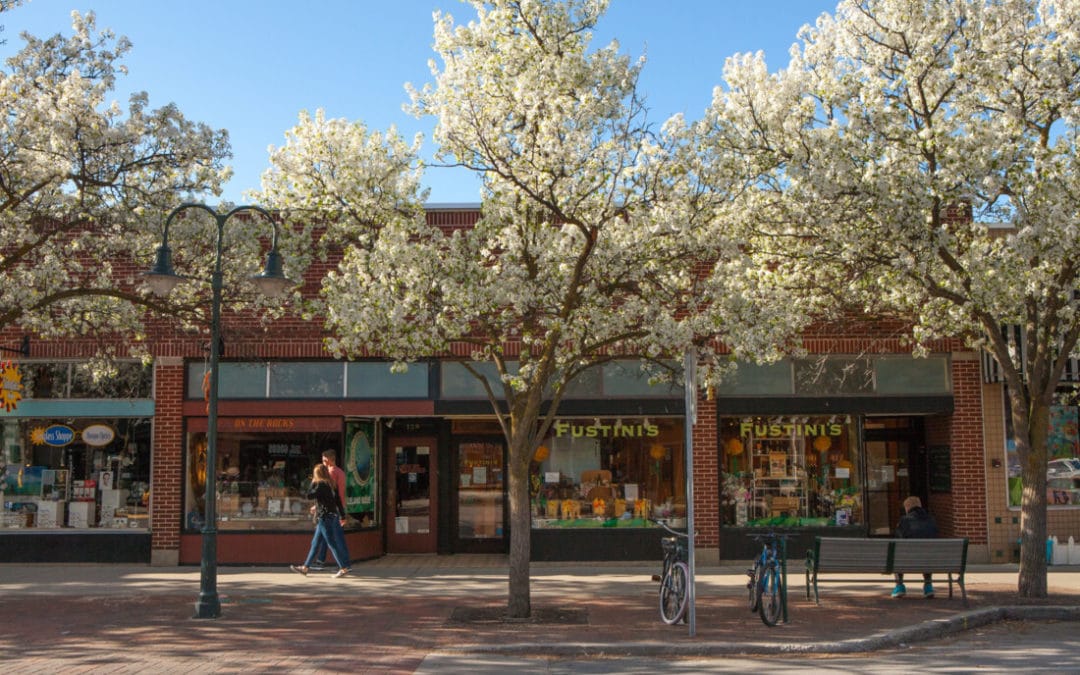 In an effort to promote downtown businesses this summer, two blocks of Front Street in downtown Traverse City will become pedestrian-only later this month, while State Street is converted to two-way traffic.

Implementing the Downtown Development Authority’s (DDA) current motto of “Stay Safe to Stay Open,” the two blocks of Front Street between Park Street and Union Street in downtown Traverse City will be closed to vehicular traffic from June 22 to September 7, as proposed by the DDA and approved by city commissioners.

Cass Street will remain open to thru traffic between the two blocks, and the ends of the blocks will be barricaded with remote-controlled fences, allowing emergency vehicles a way through on Front Street if needed. Beginning on June 17, traffic will start being diverted to State Street—the parallel street just south of Front—and traffic will be converted to two-way along the two blocks. (The date of the State Street modification may change, based on the availability of equipment.) 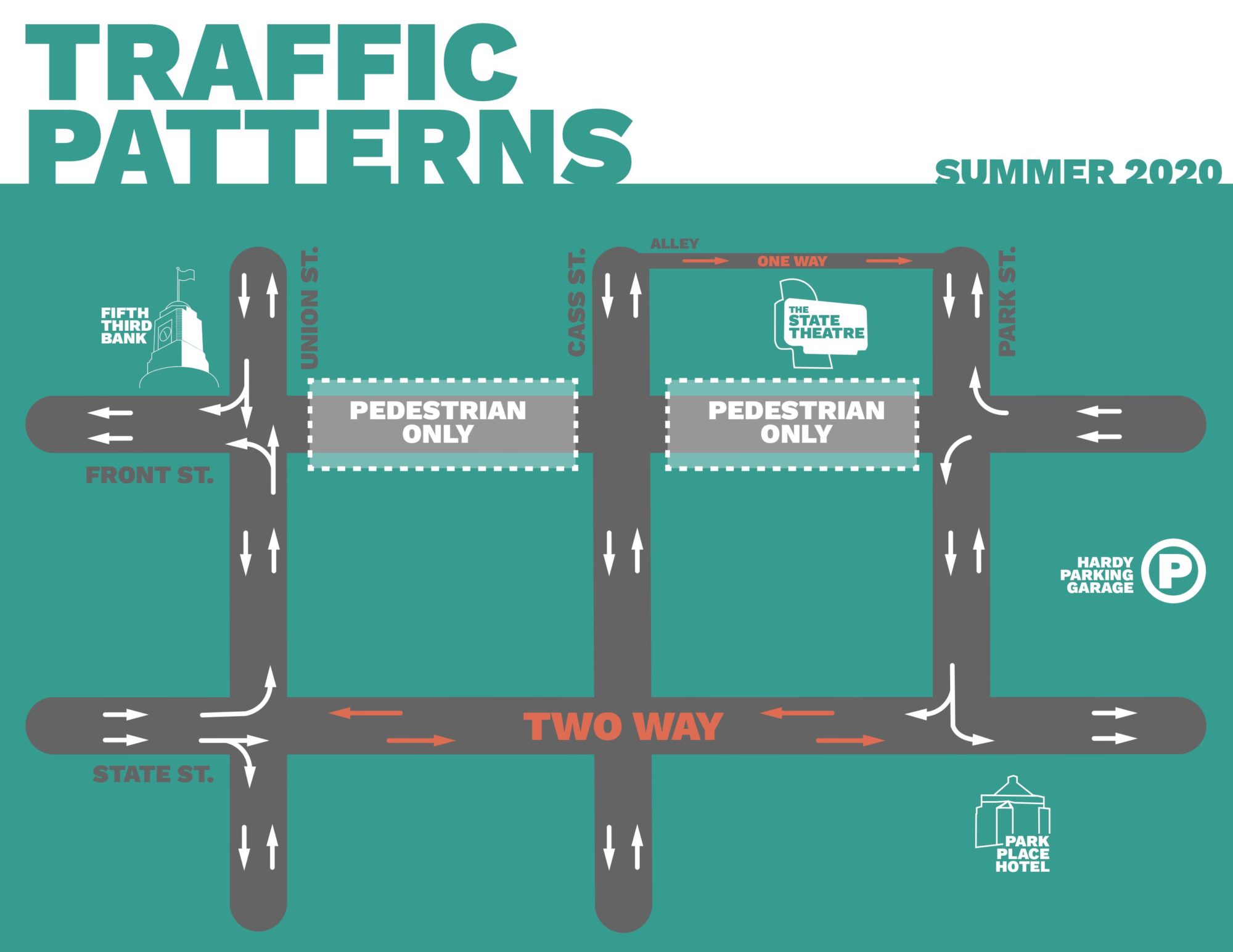 DDA officials say changes to State Street are being implemented to provide better vehicular traffic circulation in and around downtown. “These two projects will only be in place for the remainder of the summer. Both streets will be converted back to their original orientation after Labor Day,” says Jean Derenzy, CEO of the DDA.

Handicap spaces and 30-minute curbside loading areas will be provided on Park, Cass and Union streets adjacent to Front Street. Bike racks will be located at the intersections of the 100 and 200 blocks of Front Street. In addition, downtown surface parking lots will increase from two-hour to four-hour parking.

This summertime initiative is meant to help businesses in their peak season open back up in a safe and welcoming way while recognizing social distancing guidelines, Derenzy says. The idea to turn Front Street into a pedestrian-only street during the busy summer season isn’t new, but it gained traction after most downtown businesses were forced to close their doors in response to the COVID-19 pandemic.

“We heard from many people, including downtown business owners, that we should consider closing Front Street for the summer to allow for greater (and safer) pedestrian circulation,” Derenzy says. “Our goal is to create a safe but welcoming environment that encourages people to come downtown. We’re excited to try something new.” 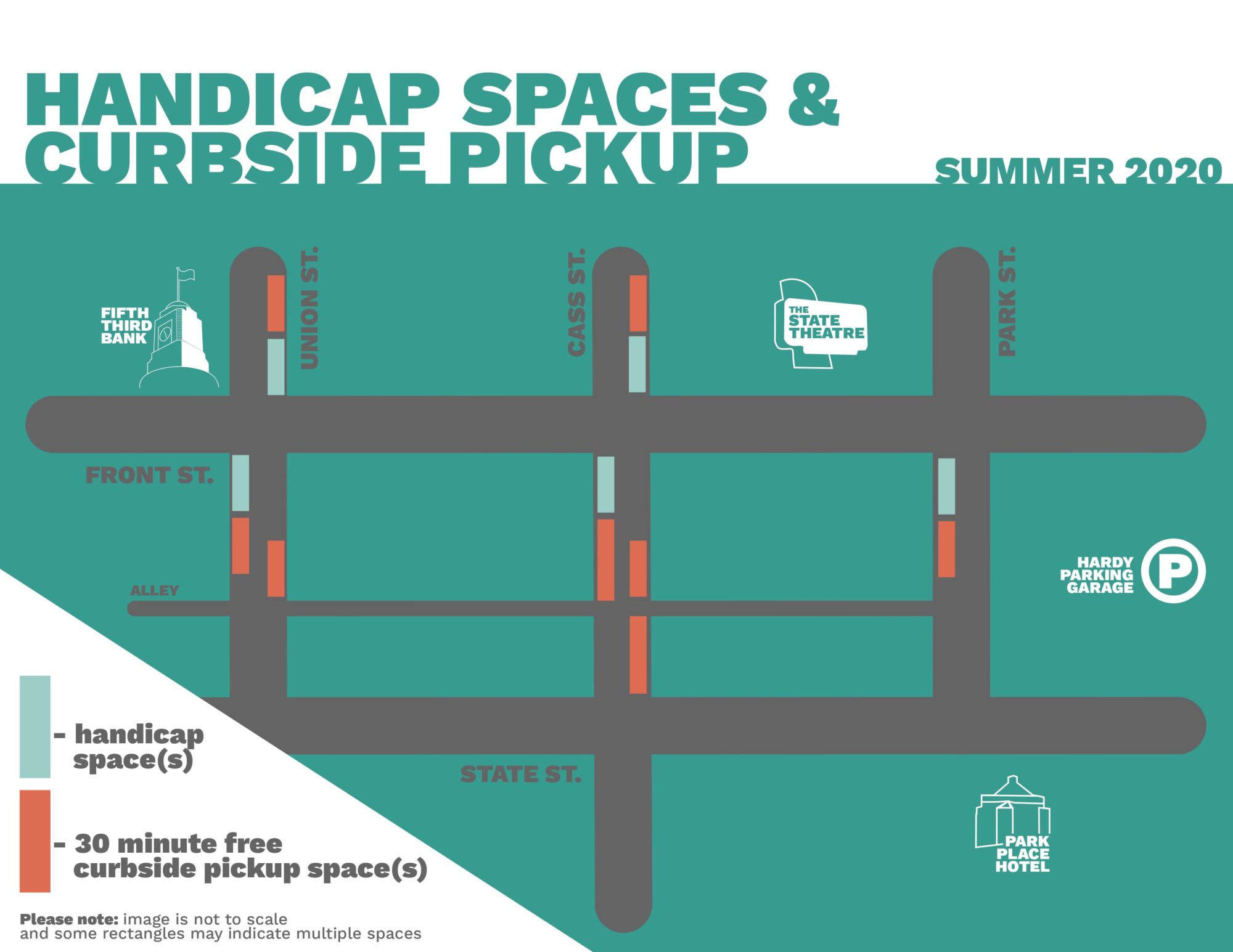 Restaurants will be permitted to place outdoor seating in the street, and the DDA is working with area nonprofits to build parklets—small public spaces with tables and chairs—throughout the downtown area. The DDA is also working with UpNorth Pride and local designers to paint an emergency lane on Front Street (that will also be used by pedestrians) for first responders.

Derenzy says the DDA is working to promote the entire downtown district this summer, including the installation of new banners and signage. In addition, the DDA plans to place visual markers (colored dots) on the sidewalk that lead to art pieces throughout downtown. The colored dots will indicate where people may wait for a table (while maintaining social distancing standards) and encourage pedestrian traffic throughout the district. 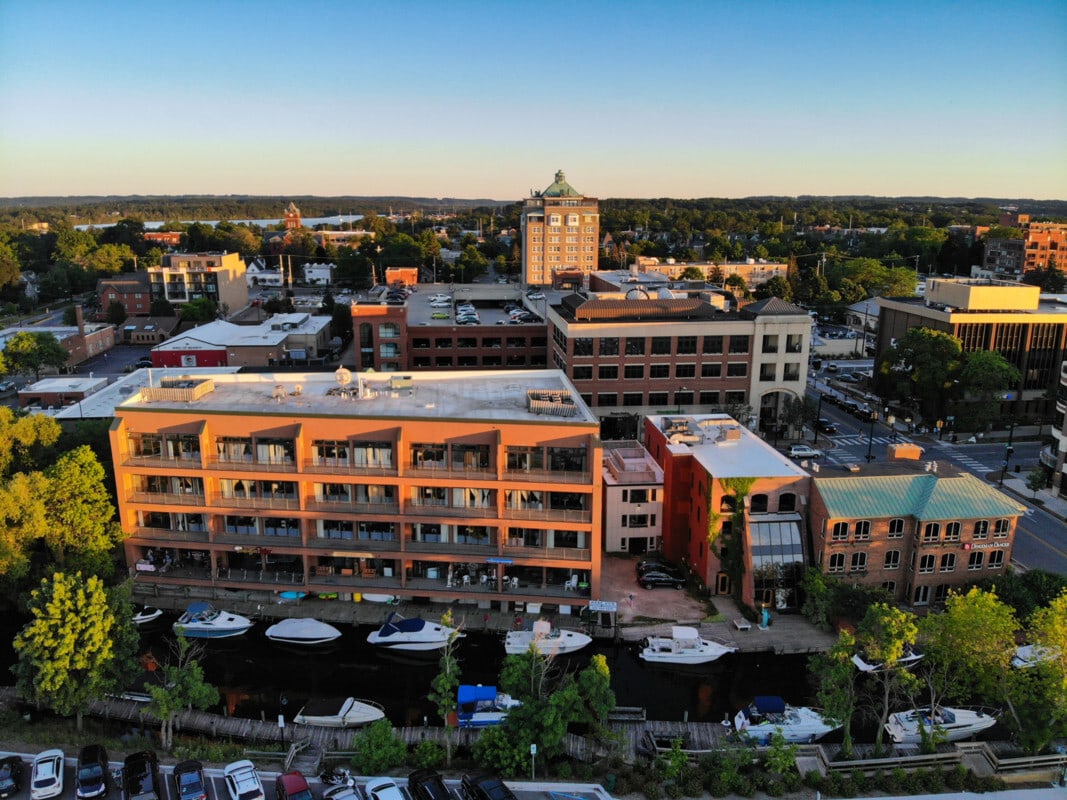 Maps outlining the modified traffic circulation and handicap/curbside parking, as well as the timeline for implementation, can be found at the DDA’s website.

The plan for both street projects was approved Monday, June 1, by the Traverse City Commission. Throughout the proposal and public input process, the DDA worked with TART, BATA, Norte, the Downtown Traverse City Association, Traverse City Parking Services, and the city’s engineering, streets, public works, planning and parking departments.