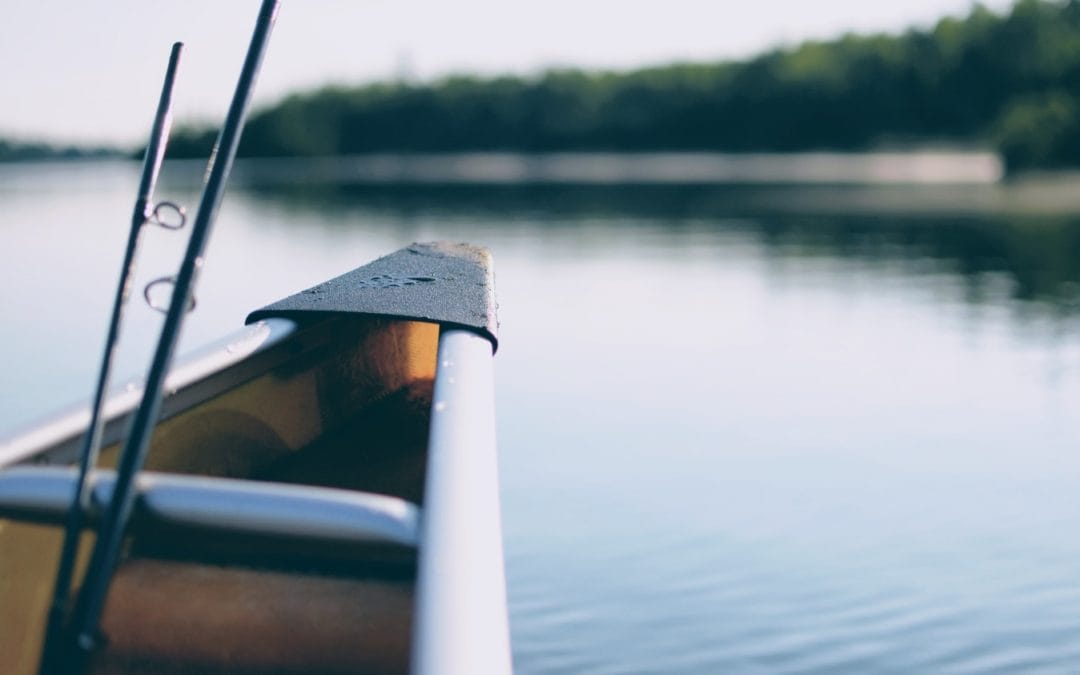 Northern Michigan fishing conditions have been fair to good for those targeting trout and salmon on the Great Lakes. Inland fishing has been good for bass, bluegills, crappie, rock bass, walleye and catfish. Carp were on the beds in some areas.

Remember, all anglers 17 years of age and older are required to have a fishing license. Buy your license here.

Harbor Springs: A good number of lake trout were marked around Harbor Point, but the bite was slow. Some were caught to the north in 90 to 110 feet. Smallmouth anglers are fishing this side of the bay. Word has it the bass are off the beds and moving to deeper water.

Petoskey: Catch rates for lake trout were hit or miss. Those heading north of Little Traverse Bay seem to do better. The mouth of the river was producing smallmouth, rock bass, pike, catfish and bullhead when using crankbaits, worms or minnows.

Charlevoix: Boat anglers did well for lake trout. A couple boats picked up small salmon as well when fishing south of Fisherman’s Island and going all the way up north of Harbor Springs from this port. Lake trout were caught between the cement plant and North Point. Fish were caught throughout the water column in 100 to 300 feet. Cisco continue running through the channel in Charlevoix. The better bite was during the first part of the day when using Swedish pimples, kastmasters and spoons. The odd lake trout, smallmouth bass and pike were also caught.

Frankfort: Anglers trolling in 150 to 200 feet have caught some large Chinook salmon in the early morning and at dusk with blue and green spoons 50 to 80 feet down. Large schools of alewife were reported out in deeper waters. Steelhead and brown trout also have been caught with the rise in water temperatures.

Onekama: Anglers have been working the Barrel to pick up lake trout 50 feet down to the bottom.

Portage Lake: Bass anglers are still working the shoreline to pick up a few largemouth.  With the mayfly hatch, the bite has slowed.

Ludington: The Chinook salmon bite was slow, and mostly lake trout were caught. Chinook were found around the point in 65 to 140 feet, while lake trout were found off Big Sable Point in 90 to 110 feet and to the north in 300 to 350 feet. Steelhead were caught up high in 130 to 220 feet near Big Sable Point. A brown trout was caught in the harbor while trolling. Perch fishing on the north pier was slow.

Little Bay De Noc: Fishing slowed with the abundance of food available, such as alewife and the hex hatches. Walleye catches were spotty at best, while the mouth of the Whitefish and Escanaba rivers were still being fished the most. The “Black Bottom,” Third Reef and Breezy Point all produced catches when trolling a crawler harness or stick baits. A few perch were caught near Gladstone Beach with minnows or crawlers in 25 to 30 feet. Bass anglers also reported fewer catches, but the fishing was still good.  The two best areas were around Hunters Point and south by the Ford River when casting plastics in 3 to 12 feet.

Manistique: Salmon catches were down from the previous week, but it is still early in the season. Anglers marked good numbers of baitfish, and many are reporting lake trout catches. Alewife have been spotted just outside the break wall, which is probably why walleye catches were down.

St. Marys River: Walleye anglers reported fair catches at Carlton Creek, which is 2 miles south of the Raber Bay boat launch, when trolling a crawler harness and bottom bouncer just off the weed beds in early morning. Try a purple beaded harness fished 4 feet off the bottom. Round Island, located on the north side of Lime Island, was good for walleye early or late when using a slip bobber with a shiner just off the weed beds in 8 to 12 feet.

Detour: Atlantic salmon fishing slowed. The few catches reported were taken between the first red buoy east of Detour Lighthouse, on the Drummond Island side of the river.  The fish were 35 to 60 feet down in 90 to 100 feet. Hot colors were orange and gold with a black ladder. Keep your trolling speed between 3.5 and 4 mph.

Drummond Island: Anglers reported good catches of walleye at the north end of Scott Bay between Peck Island and Ashman Island with crankbaits in 12 to 14 feet in the early morning. Yellow perch were caught inside of Harbor Island midmorning with worms or shiners. Good smallmouth action at the north and south end of James Island, in between Scott Bay and Maxton bays. Try casting spinners and a dark green or brown and orange tube jig off the rocky points in 4 to 8 feet.

Cedarville and Hessel: Northern pike up to 28 inches or more were caught in Snows Channel on the east side of Dollar Island when drift fishing with chubs in 8 feet in the early morning. A few perch were caught at the east end of Musky Bay near Connors Point in 8 to 10 feet with shiners or worms. The mouth of Duck Bay on the west side of Musky Bay reported nice catches of smallmouth bass when casting gold and silver leaf spinners. Island #8 reported some catches of yellow perch in 6 to 8 feet with a worm under a bobber.

St. Ignace: Those trolling had no success. The walleye bite on the Pine River slowed due to an early fly hatch. Those drifting leeches and boat anglers trolling or drifting leeches on a crawler harness found a few fish. On the Carp River, walleye and suckers were caught but no pike. Most are bottom bouncing leeches and worms.