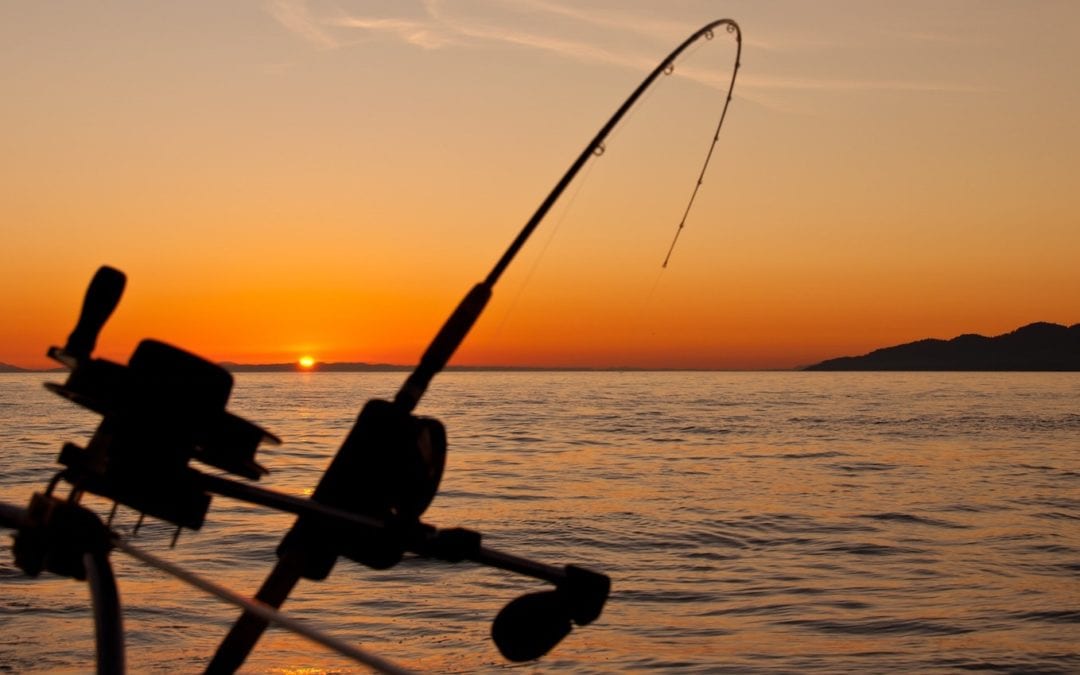 Fishing conditions improved this week for a variety of species for boat and shore anglers. Large and smallmouth bass fishing has been good statewide.

All anglers 17 years of age and older are required to have a fishing license. Buy your license here.

Harbor Springs: A few lake trout were caught 90 feet down north of the port. Many boats were targeting smallmouth bass, and overall catch rates were good. Most were casting soft plastics along the shoreline and the beds in 5 to 10 feet.

Petoskey: Lake trout were found about 110 feet down near the bottom as well as 70 to 90 feet down. Near the mouth of the Bear River, those fishing the Bobber Hole and D Pier may find smallmouth bass, rock bass, walleye, pike, catfish, freshwater drum, suckers or carp. Try worms with or without a bobber, minnows or crankbaits.

Charlevoix: Boat anglers did well for lake trout north and south of the port. Fish were found at various depths, anywhere from 20 to 90 feet down. One boat did well for cisco when casting or jigging. Cisco were still running in the channel, though the action was starting to slow. The better fishing was in the morning with a Swedish pimple, kastmaster or spoons. Other species such as lake trout, steelhead, pike, smallmouth bass and even the odd walleye were caught by those heading out early.

Frankfort: Those trolling in 150 to 200 feet caught Chinook salmon, but water temperatures were on the cool side. Lake trout were hitting 30 to 40 feet down in 50 to 80 feet. Alewife were reported around the pier heads.

Onekama: Anglers heading straight out to 250 feet and working the top 60 to 80 feet picked up a few Chinook salmon on green spoons.

Portage Lake: Had a mayfly hatch in the area, so the bite was slow.

Lakes Cadillac and Mitchell: Were producing crappie and bluegills.

Manistee: Fishing was hit or miss, as the Chinook salmon were scattered. A couple salmon and lake trout were found on the Shelf in 100 to 250 feet when trolling spoons.  Salmon were in the top 50 feet.

Manistee River: Fly hatches on the trout streams should start this week with the warmer temperatures. Look for the Hexagenia mayflies to start hatching along the upper river. Some big brown trout were caught.

Ludington: Chinook salmon were found in 125 feet or deeper off Big Sable Point. A couple Chinook and lake trout were caught straight out or south of the harbor. Trolling spoons worked better than meat rigs.

Pere Marquette River: Trout anglers should look for fly hatches to get started this week.

Lake Mecosta: Bass fishing was fair, while bluegill and perch fishing has leveled off.

Keweenaw Bay: Those able to get out caught a few Chinook, coho, steelhead and lake trout. Very few reports have come in from Huron Bay, but those going out did find lake trout. A 39-inch fish was caught recently.

Marquette: Lake trout action was hit or miss. A few boats did say they were marking lots of fish, but they did not want to bite. Some fish were suspended 30 feet down in 60 feet near Picnic Rocks. Some nice steelhead and brown trout were caught. The Sand Hole, Little Presque Isle and Shot Point had slow action as well.

Little Bay De Noc: Walleye action was good, mainly at the mouth of the Whitefish and Escanaba Rivers when trolling or drifting crawlers. Perch anglers reported the best catches off the mouth of the Days River with crawlers in 16 to 20 feet and just east of Butler Island in 24 feet. A few fish were caught in the Gladstone Beach area. Good northern pike action near Kipling with spinners and crankbaits in and around 12 feet.  The smallmouth action was still good in most areas, including Squaw Point, Hunters Point and Garth Point when using plastics in 2 to 10 feet.

Manistique: Chinook and lake trout catches are picking up, with the best action between Barques Point and the buoy with flies or spoons 40 to 60 feet down. Anglers reported a lot of baitfish in the area, and several salmon over 20 pounds were caught.

Manistique Lake: Was producing bluegills and crappie on South Manistique. Fishing picked up when trolling a crawler harness for walleye or drifting worms for perch.

Munising: Boat anglers trying for Chinook and coho reported little action within the bay.  Lake trout anglers had fair to good catches off the White Rocks and toward Wood Island Reef when trolling or jigging in 120 to 180 feet along the banks and drop-offs. Good action was reported near Grumps Hump northeast of Grand Island. Pier anglers report slow fishing, with very little splake or coho action.

St. Marys River: Was producing good walleye catches on the north side of Lime Island, which is 2 miles from the Raber Bay boat launch. Try the underwater humps and grassy weeds beds just off the shipping channel in 8 to 14 feet with a crawler harness or shad-colored crankbait in the early morning. Those trolling in the shipping channel on the southwest side of Lime Island caught a few Atlantic salmon with two to three colors of lead core and a gold and orange spoon. In Munuscong Bay, good walleye catches were reported by those trolling a small 2-inch crankbait 8 feet behind the boat in 4 to 6 feet.  Hot colors were brown and orange or black and chrome.

Detour: Mild weather improved the bite for Atlantic salmon at the Detour Reef and lighthouse when using an orange and gold 3-inch spoon 20 to 55 feet down, as the fish were hitting baits up high in the early morning. For both Chinook and Atlantic salmon, try from the lighthouse east to the first red buoy and for lake trout try 2 miles south of the lighthouse along the 90-foot flat when using flashers with chartreuse and white spin-glo’s behind a 26-inch leader.

Cedarville and Hessel: The boat launch on Meridian Road is open. There has been no yellow perch effort in Cedarville Bay. For young anglers that want to shore fish, try off Hill Island Road at the new bridge where sunfish, rock bass and largemouth bass can be caught on worms or when casting spinners. For Hessel, the pike action was good at the marina fishing pier in the early morning when using chubs and large minnows two cranks off the bottom in 8 feet. Mackinaw Bay, which is east of the Hessel Marina, was producing good catches of large and smallmouth bass when casting spinners in 4 to 6 feet.

St. Ignace: Pike anglers casting spoons at the mouth of the Carp River had no luck. Those drifting worms and leeches caught walleye and pike. The walleye were 14-18 inches, and the pike were 20-29 inches. Walleye were also caught in the Pine River when drifting crawler harnesses and leeches.