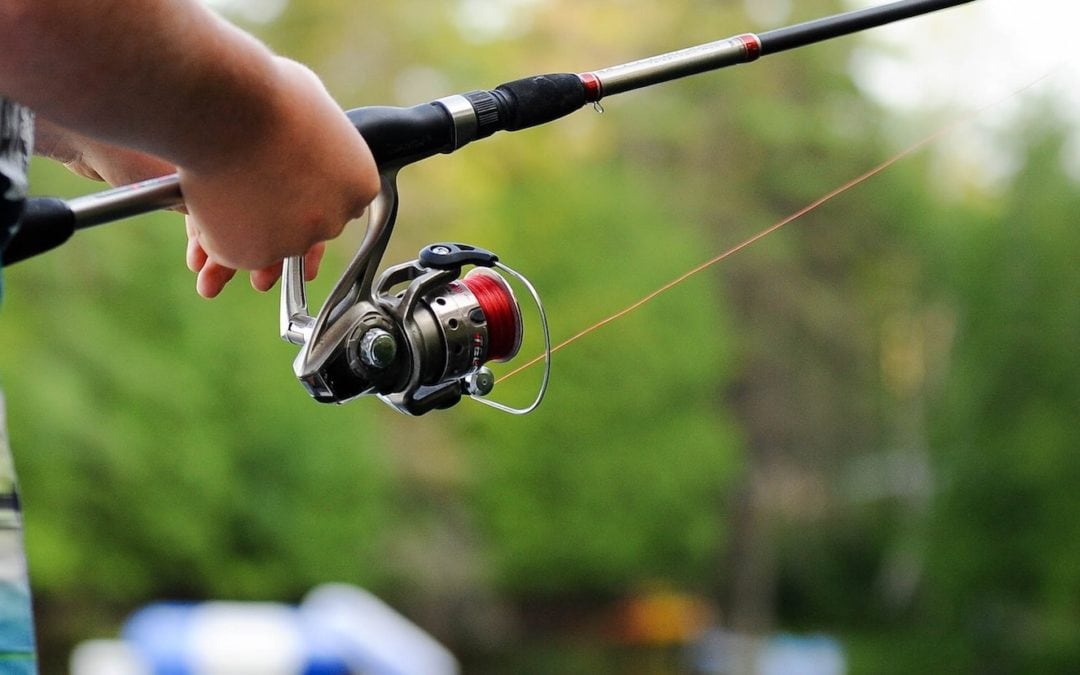 Fishing has picked up in Northern Michigan, but windy conditions have limited some activity. With higher water levels, boat anglers should always be on the lookout for submerged trees, sticks and other debris when running at high speeds. Warm weather and spawning stress have resulted in small-scale fish kills throughout the state.

Aside from Free Fishing Weekend, all anglers 17 years of age and older are required to have a fishing license. Buy your license here.

Harbor Springs: A couple boats have caught lake trout consistently on spoons, flies or spin-glo’s in 25 to 100 feet. Fish also were caught north of Harbor Point.

Petoskey: Had no boat anglers and nobody fishing the breakwall, even though this is a good time of year to find smallmouth bass out in the rocks. Those fishing near the mouth of the Bear River caught smallmouth bass, rock bass, small bluegills, carp and a couple northern pike when using worms or crankbaits.

Charlevoix: Cisco have started to show up in the channel and some days were producing quite a few. Time of day has not seemed to matter for those using any lure that is flashy. Anglers are reminded that the whitefish daily possession limit has changed for 2020 and is now 10 in any combination on the Great Lakes. The channel in Charlevoix is considered Great Lakes past the shoreline of Lake Michigan. A couple lake trout also have been caught.

Frankfort: Those trolling caught a moderate number of Chinook salmon and lake trout 45 to 65 feet down in 150 to 180 feet. Blue and green spoons worked best. The bigger Chinook were hitting on meat rigs.

Onekama: Anglers trolling out deep in 200 to 220 feet reported low numbers, but the fish are out there.

Portage Lake: High water levels have the fish in close to shore. Bluegills, perch and bass have been reported in the shallows as well as 10 to 15 feet.

Lakes Cadillac and Mitchell: Had good crappie and bass fishing. Walleye also have been caught, though the bite slowed with the warm weather.

Keweenaw Bay: Anglers have found a decent number of lake trout combined with a few Chinook salmon, splake, steelhead and brown trout. Huron Bay and Traverse Bay were producing a few fish, though anglers may have to put in some time to find them.

Marquette: The fish cleaning station is up and running. Fishing pressure was light, with mixed results for Chinook salmon and lake trout. Most of the lake trout were about 3 pounds. A good number of fish were caught near Granite Island. Chinook salmon varied from young fish around 20 inches to some up to 10 pounds. Near Shot Point, anglers caught a few coho, lake trout and rainbow trout. A few lake trout were found near Stannard Rock; however, the water temperature was only 38 degrees. No reports of any brown trout being caught so far. Water temperatures were still on the cold side. Both the Carp and Chocolay rivers had low angler activity. Water levels are about normal for this time of year.

Little Bay De Noc: Even though walleye season was off to a slow start, the action is picking up, with limit catches reported in several areas by those trolling or drifting a crawler harness or flatfish tipped with a crawler in 18 to 24 feet. Try near the Escanaba River and the Whitefish River. At Kipling, a few perch were caught on crawlers and minnows in 25 to 30 feet. Smallmouth bass anglers reported good to excellent catches throughout the northern bay and south by the Ford River when casting plastics in 3 to 10 feet. Most have spawned, but some were still on the beds. Good pike action at Kipling, south of the Days Rivers and the Escanaba Harbor and ship docks.

Escanaba River: Reported fair to good walleye action up to the U.S. 2 bridge when using a crawler harness.

Manistique: A few salmon anglers have been going out, and the early reports are promising, as they are marking good numbers of bait fish. A couple Chinook were caught in and around 90 feet. Most anticipate fewer fish but bigger fish.

Manistique River: Still had some steelhead, but no anglers were seen. Walleye anglers reported a slow start, but a few are being picked up.

Au Train: Anglers have caught lake trout and Chinook salmon. Several limits of lake trout were taken east of Au Train Island in 120 feet and near Wood Island Reef when trolling. Chinook salmon up to 10 pounds were caught.

Munising: Boat anglers trolling for salmon and splake reported slow fishing within the bay. Trout Bay also has been somewhat quiet. Earlier in the week, there were some fair catches of Chinook but no limits. Lake trout were caught in 100 to 150 feet near Wood Island Reef. Pier anglers report very poor catch rates for coho and splake. They only caught a few Menominee or undersize splake when using spawn or casting spoons.

Grand Marais: Lake trout anglers did good off Au Sable Point, along the east end of Big Reef, off Five Mile Reef and near the shipping channel.