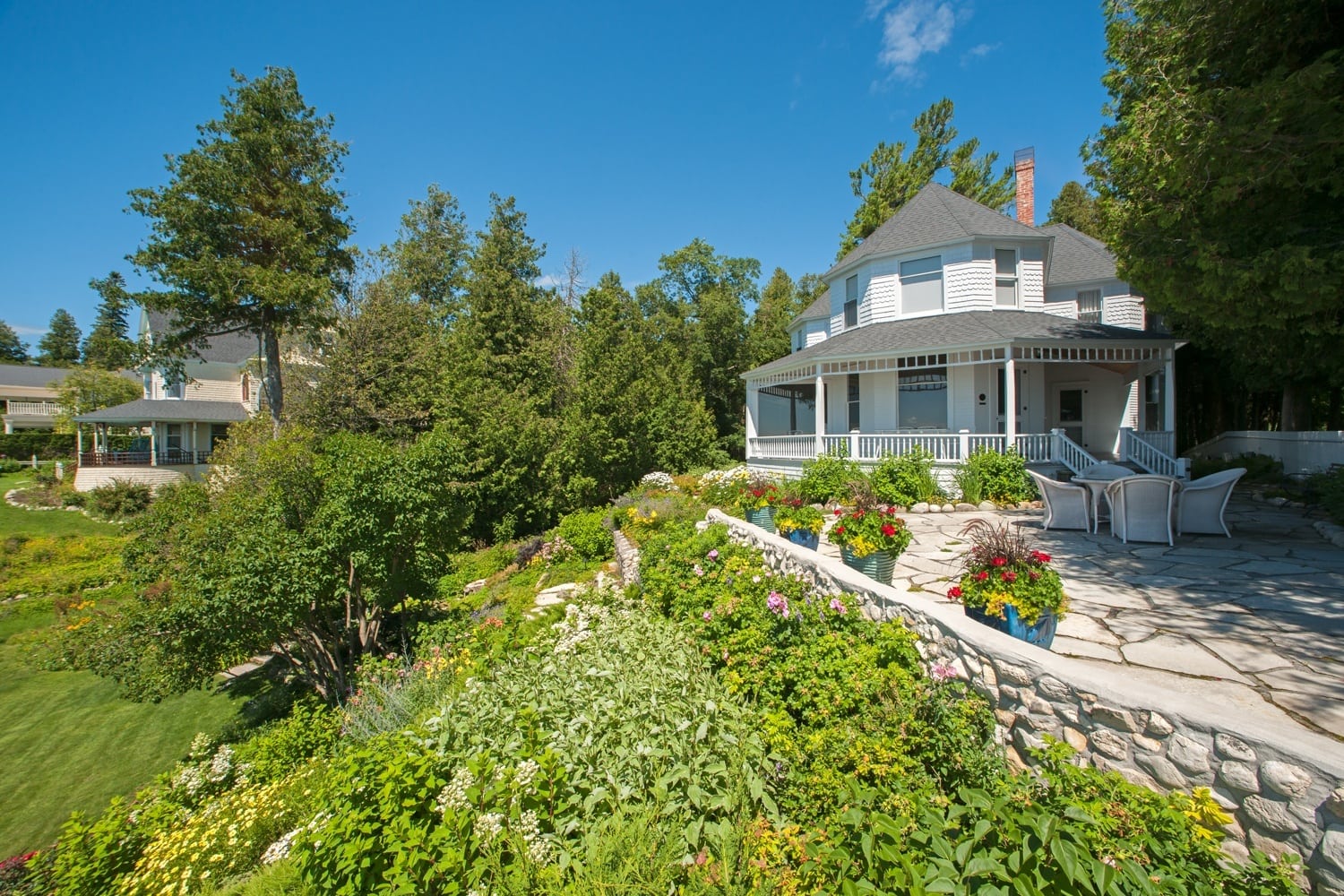 To head past the Grand Hotel, up Mackinac Island’s West Bluff, is to want to live in one of those cottage mansions with breezy two-story porches, riding stables and turrets with Straits views—or to at least hear the stories behind them.

Moira Blodgett Croghan has a great handle on both. She’s lived in one, has plenty of stories of the others and loves nothing more than encouraging travelers to venture past Main Street’s shops and bistros to the island’s bluffs, caves and shady trails.

The tour guide owner of Mackinac Revealed and author of a new book, “Timeless: Mackinac Island’s Historic Cottages,” grew up in just one of the island’s many living reminders of the country’s gilded age of industry, architecture and travel. She played “sardines” in nooks of her family’s massive Queen Anne, and explored on pony-back through a whole island that served as her back yard. And her family history dates much further back.

Moira’s grandfather, Delos A. Blodgett, was an early Michigan lumberman and one of the first to petition the country’s War Department to sell bluff land surrounding its towering fort as the island was transitioning to be the nation’s second-ever national park. 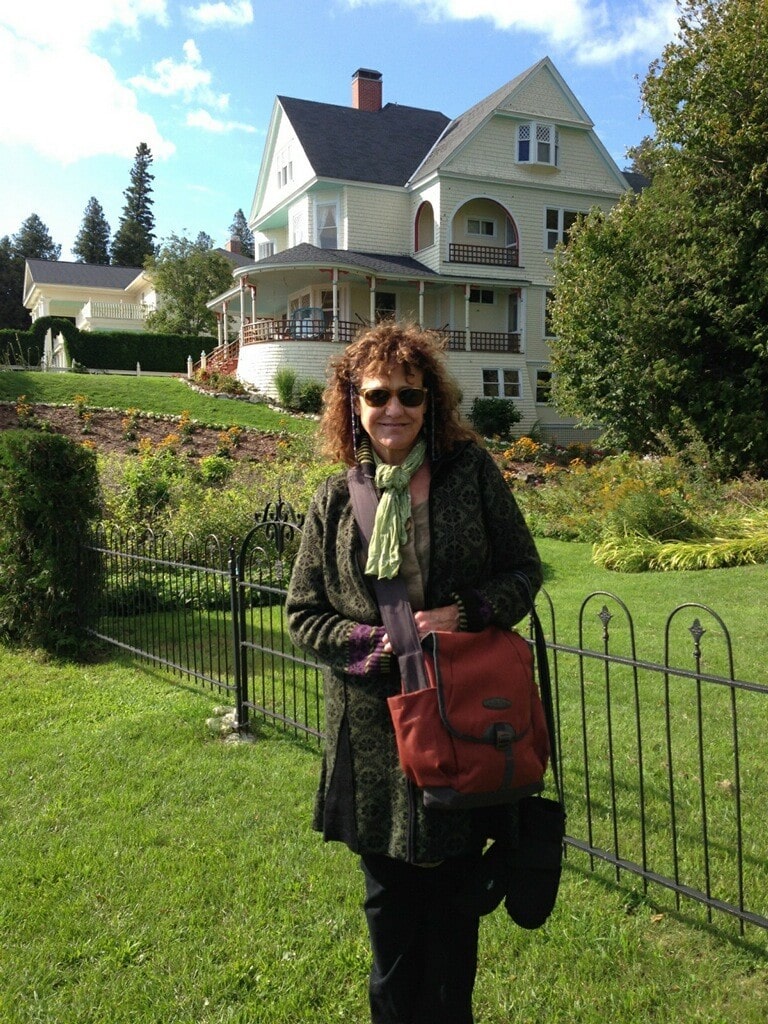 Moira Blodgett Croghan in front of White Birches, the cottage where she grew up.

The government wouldn’t sell at first, “in case we had to revert the land to military purposes,” Moira explains. “When the houses were first built, we were still in defensive mode, having been stung in the War of 1812 by the British. Mackinac was at such a critical juncture in the Great Lakes, and further protection could be needed. Though they wouldn’t sell, they did offer a lease, the reason many cottage owners on the island own their homes today but still not the land they’re built upon.”

Like her great-grandfather, those persistent first cottage owners were not privileged gentry. Instead, they were “the type who worked their way up and saw the opportunity to jump into industry at the right time and place.” Among the first owners of West Bluff cottages, she notes, was William Amberg, inventor of the file folder.

Blodgett also capitalized on the lumber era and its byproducts, speculating on tracks of land in the Upper Peninsula, likely stopping over at some point on the sailing ship and realizing how pleasant the climate was.

Blodgett built his first cottage just three over from Grand Hotel, not long after the Grand was built. While Hubbard’s Annex just outside the park let people own land as well as houses, there was a lot of prestige to being part of the park and near the Grand, Moira says. But keeping up with that particular neighbor meant elevating what, in some cases, started as simple cottages to Queen Anne and Greek Revival beauties. Moira’s great-grandfather built Casa Verano over the existing cottage constructed by Charles Caskey, one of the builders of Grand Hotel. Photo by Mark Bearss

Blodgett built his second house over an existing, more modest cottage constructed by prolific cottage builder Charles Caskey, one of Grand Hotel’s builders, then made the existing home a house (and servants’ quarters) within the grander 10-bedroom Casa Verano.

The size and detail of this mansion, now available as a vacation rental, gives insight into Victorian-era lives, especially how they traveled.

“The reason there were so many bedrooms is getting to Mackinac was not easy,” Moira says. “It still involved risk as you took a steamship. You came for two months, so you had to bring not just all the provisions to last that long (our house had three separate pantries to store all that stuff), you brought your whole social entourage, all the people who would help round out a fun summer.”

The porches tell their own tales, a product less of finding a great place to socialize, and more from the belief that being outside—especially in this Northern air—was so good for your health it could even cure diseases.

Moira grew up with the island as her playground, heading there every childhood summer from the time she was a few months old. Various family members owned three adjacent cottages on the bluff, but since everyone on the island knew one another, the kids could go door-to-door looking for cookies, they’d borrow each other’s horses, and when it was time for lunch, they might drive a carriage to the beach for a picnic.

That life transitioned away from the bluff for many—her family included—as these cottages with original ancient pine foundations aged into disrepair and cottages needed to pass into the hands of families with substantial enough wealth to repair them. Now she likes to give others both a peek into that era and the chance to experience the island as she did, if only for a memorable vacation.

“I want to show them the woods and the trails and some of the views of the water you get there and also the excitement of the terrain: it’s hummocky and twisty and hilly; there are mounds all over and interesting wildflowers,” she says. But if you rent a carriage, don’t drive it downtown.

“Carriage rides were the popular thing to do at night when you were a teenager,” Moira recalls. “But we didn’t go downtown a lot. We thought it was tacky. In my family, it was looked down upon to trot down Main Street and show off.” 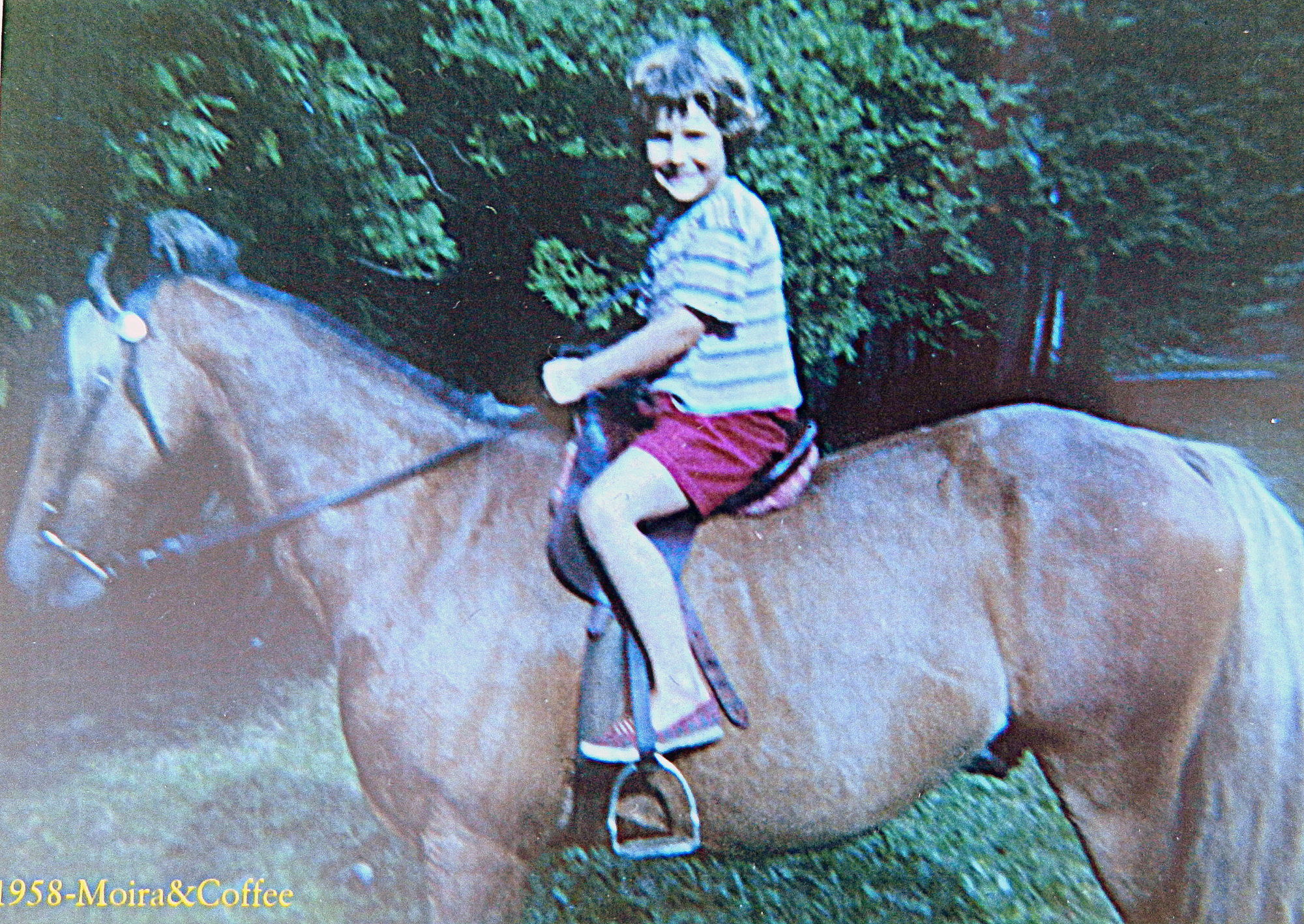 Moira as a child on her horse, Coffee.