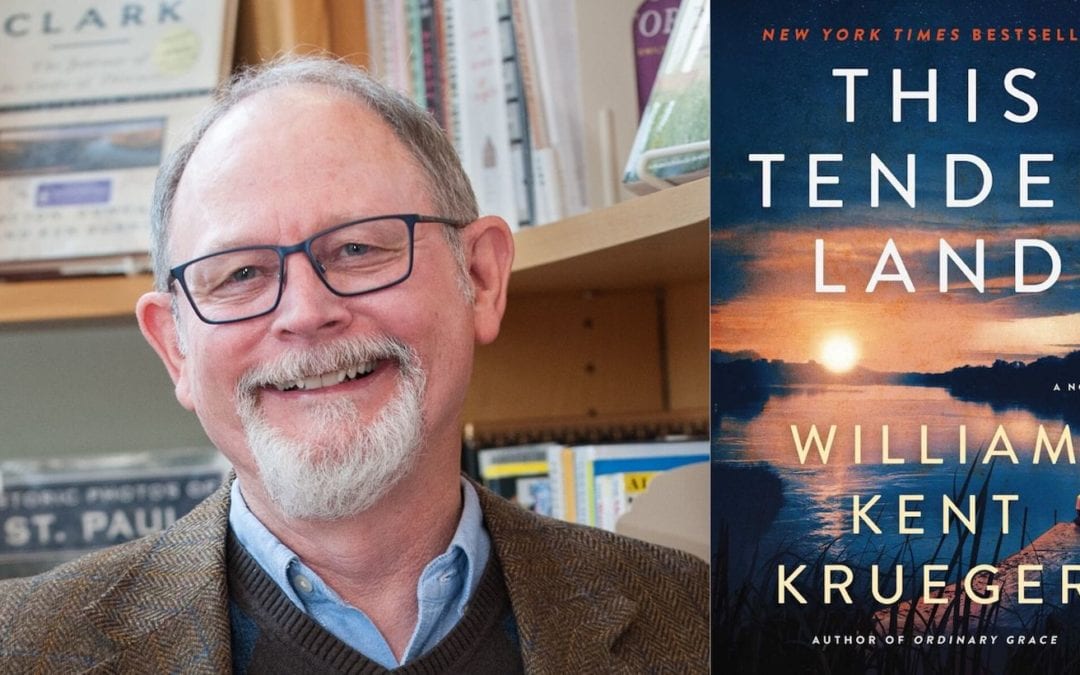 An Evening with William Kent Krueger is a part of the Virtual Authors Summer Series, which also includes conversations with David Blight, author of Frederick Douglass: Prophet of Freedom (July 5), Miles Harvey, author of The King of Confidence (July 14) and Brad Thor, author of Near Dark (July 23).

Register for the livestream conversation here.

William Kent Krueger always wanted to write an updated version of Huckleberry Finn. It’s “a book I’ve been in love with since my childhood,” says the author, who will be live with the National Writers Series in a virtual event on June 25 at 7 p.m.

“I figured out the structure, the characters,” he says about This Tender Land, his latest book, just out in softcover and already on The New York Times bestseller list. “One of the things I wanted to do was explore who we are as human beings, especially in times of privation.”

This Tender Land takes place during the Great Depression, “probably the greatest era—until maybe now—of great privation,” says Krueger from his home in St. Paul, Minn. In the summer of 1932, Odie O’Bannon and his brother Albert are the only white boys at the Lincoln Indian Training School, full of Native American children forcibly separated from their parents. It’s a nasty place and, after committing a crime, Odie and Albert are forced to flee—along with their best friend, Mose, and a 6-year-old girl, Emmy, who begs to come along.

The four “vagabonds” set off down the Gilead River with plans to get to the Mississippi and eventually St. Louis, where Odie and Albert’s aunt lives. They meet struggling farmers and traveling faith healers, displaced families in Hooverville settlements and lost souls of all kinds.

The river is a metaphor for a lot of things in this book—and in lots of other books—Krueger says. It symbolizes Odie’s spiritual journey, a journey from childhood to adulthood, children who are orphaned who become a family. A sense of place is important to Krueger in his writing (and reading) and he’s always admired the sense of place he found in John Steinbeck’s books as well as stories by Ernest Hemingway. Another thing he took away from reading Hemingway was how even simple, clear language “carries a lot of power.”

One book that had a big enough influence on Krueger to be mentioned in the acknowledgments was Pipestone by Adam Fortunate Eagle. Fortunate Eagle was a student at the Pipestone Indian Boarding School in Minnesota between 1935 and 1945, just as the nation was changing its boarding school system to respect Native cultures. “Adam’s experience wasn’t as horrific as some of the other first-person accounts I read,” Krueger says. “Many things had changed when Adam went through.”

Krueger sees parallels between the people who lived through the Depression and those of us in the middle of the coronavirus pandemic. “There are those among us who retreat into themselves and protect what is most important. Then there are those who buy up all the toilet paper. Then there are people who not only contribute their funds, but people who are delivering food, on the frontlines, doing all they can even if they put their own lives at risk.”

Spiritual journeys also play a part in This Tender Land, with Odie learning different ways to think about the divine, something Krueger is also always searching for. “[Odie] continues to struggle, like me, with the spirit of the Divine, a great mystery that will always remain a great mystery. One of the things at the heart of the book is the importance of our search for God and we will never solve the mystery. We are all on spiritual journeys.”

Raised in the Cascade Mountains of Oregon, Krueger briefly attended Stanford University—before being kicked out for radical activities. After that, he logged timber, worked construction, tried his hand at freelance journalism and eventually ended up researching child development at the University of Minnesota. He currently makes his living as a full-time author with 18 Cork O’Connor mysteries and three standalone novels, including the Edgar-winning Ordinary Grace and his latest, This Tender Land.