Northern Michigan’s farmer-photographer-poet Nic Theisen shares his awe of the land, capturing the ephemeral beauty of one agricultural season at Loma Farm with his camera.

Featured in the March 2020 issue of Traverse, Northern Michigan’s Magazine. Get your copy.

Agriculture may well be the epic poem of humanity, inscribed on the Earth herself. This has long been true in Northern Michigan where the art and science of farming is woven into the fabric of generations tied to the land and its fate. The poetry of that legacy unfolds as timeless themes: new life in an endless trek of decay, fierce battles against the elements, peace in a sunrise and bountiful moments of gratitude.

Farmers are often portrayed as people of few words but Leelanau County farmer Nic Theisen is not one of them. His voice can be found in words and photography that captures the caretaker’s love of the land, as well as the art found in all that is produced.

Former Coloradans, Nic and his wife, Sara, christened their farm “Loma,” a southwestern term meaning “broad-topped hill.” It’s a fitting name for a farm perched alongside Lake Leelanau with a philosophy of honoring both the soil and what it produces. Like many local farmers, the fruits of the Theisen’s labor grind their way to farmers markets, local restaurants and into the baskets of their CSA members. You may know them by the heirloom, extra fancy vegetables they nurture, grown to be as beautiful as they are delicious.

Nic’s photography captures what is unique about Loma Farm and what it produces, but it also celebrates what has been the landscape of Northern Michigan farming for generations: The roll of the land, the bend of a back, soil held gently in hand, the bountiful Earth.

Theme One // Cycle of Harvest

Nic Theisen is an artist, and the earth is his medium. He sculpts soil into sustenance and embroiders landscapes into foliage. When a farm is your canvas, you learn to appreciate the transience of each carefully-tended masterpiece. They sprout, bloom, wither and decay; a cycle of triumph and surrender across seasons of sun and snow. 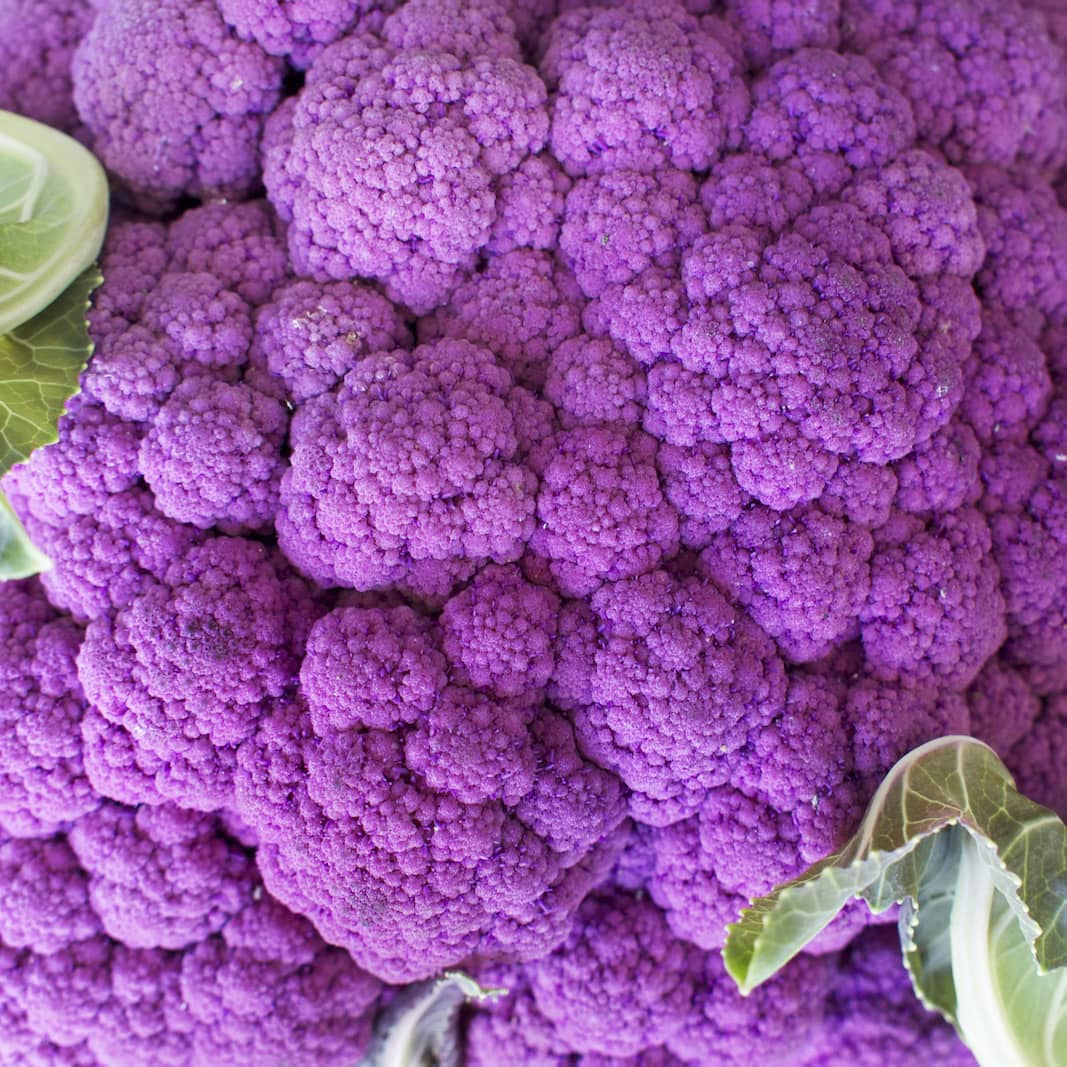 Radish comes from the Latin word “radix” which means “root.” The wild radish has existed since the time of the pyramids; Romans and Greeks kept records of the varied flavors found in the roots. But who first put toil and faith into planting and cultivating them with the goal of consistent sustenance? Unknown. To domesticate nature is an everlasting task, requiring a constitution of audacity and humility; the ability to act as both warrior and servant. 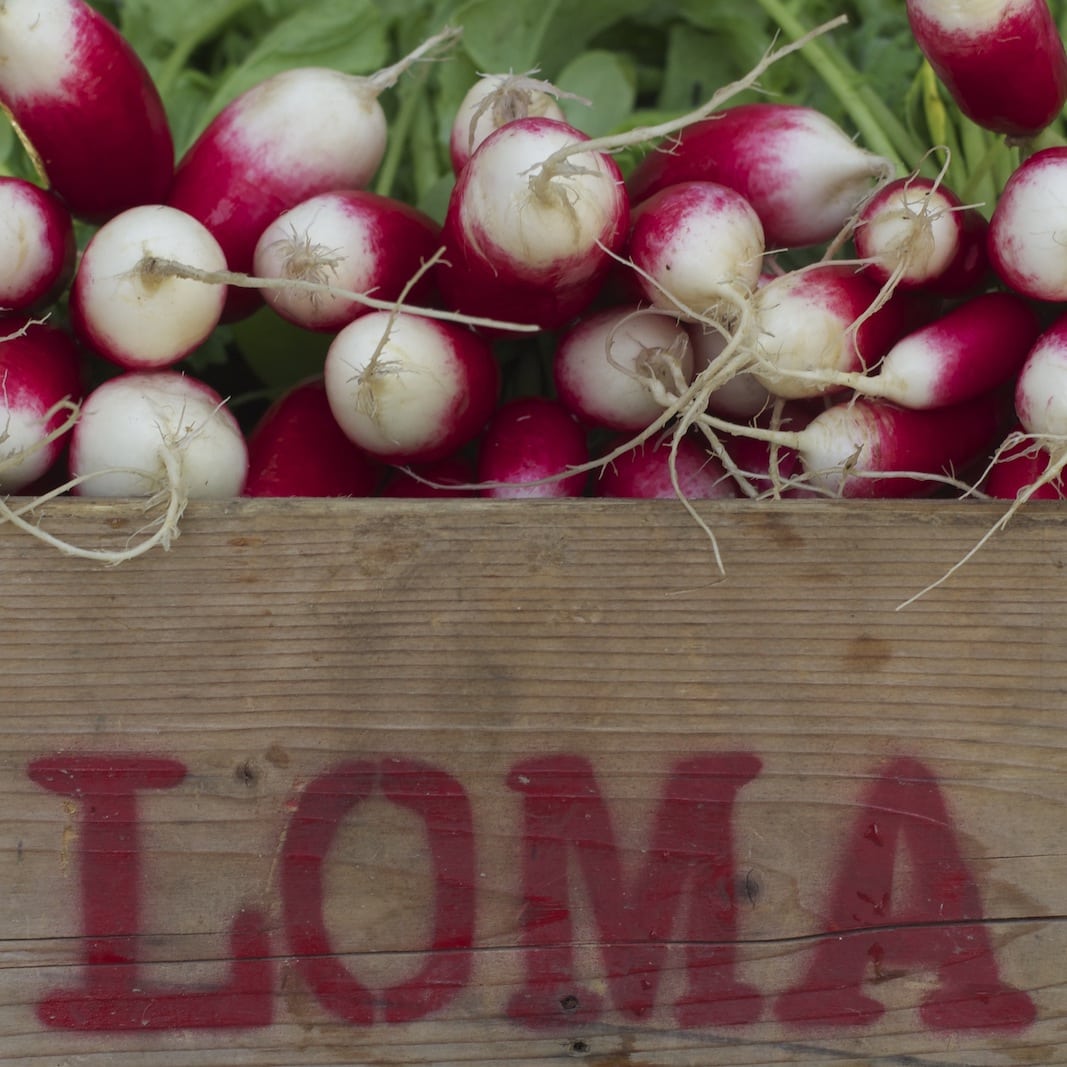 Loma’s adoption of the USDA grade “extra fancy” as their tagline feels both unique and entirely accurate. With a focus on heirloom varieties and careful hand-tending, Loma provides customers with vegetables too beautiful to eat, and too delicious not to. Theisen’s stunning vegetal portraits invite us to consider the humble components of our meals as worthy of distinguished celebration.

Read Next: Lessons of A Traverse City Cheesemaker

While industrial farms emphasize monoculture—growing a single crop on an immense scale—small farms rely on diversification to ensure their survival. The agricultural equivalent of not putting all your eggs in one basket, growing a variety of products allows farmers to extend their growing season, maintain soil health and increase sales. In addition to a wide selection of heirloom vegetables, Loma offers cut flowers and specialty ingredients such as elderflower flavored liqueur. With income streams from CSA shares, farmers markets and wholesale accounts—and future plans to expand dinners and events on the farm itself—the Theisen’s have transformed a modest 13-acre plot into a thriving business. 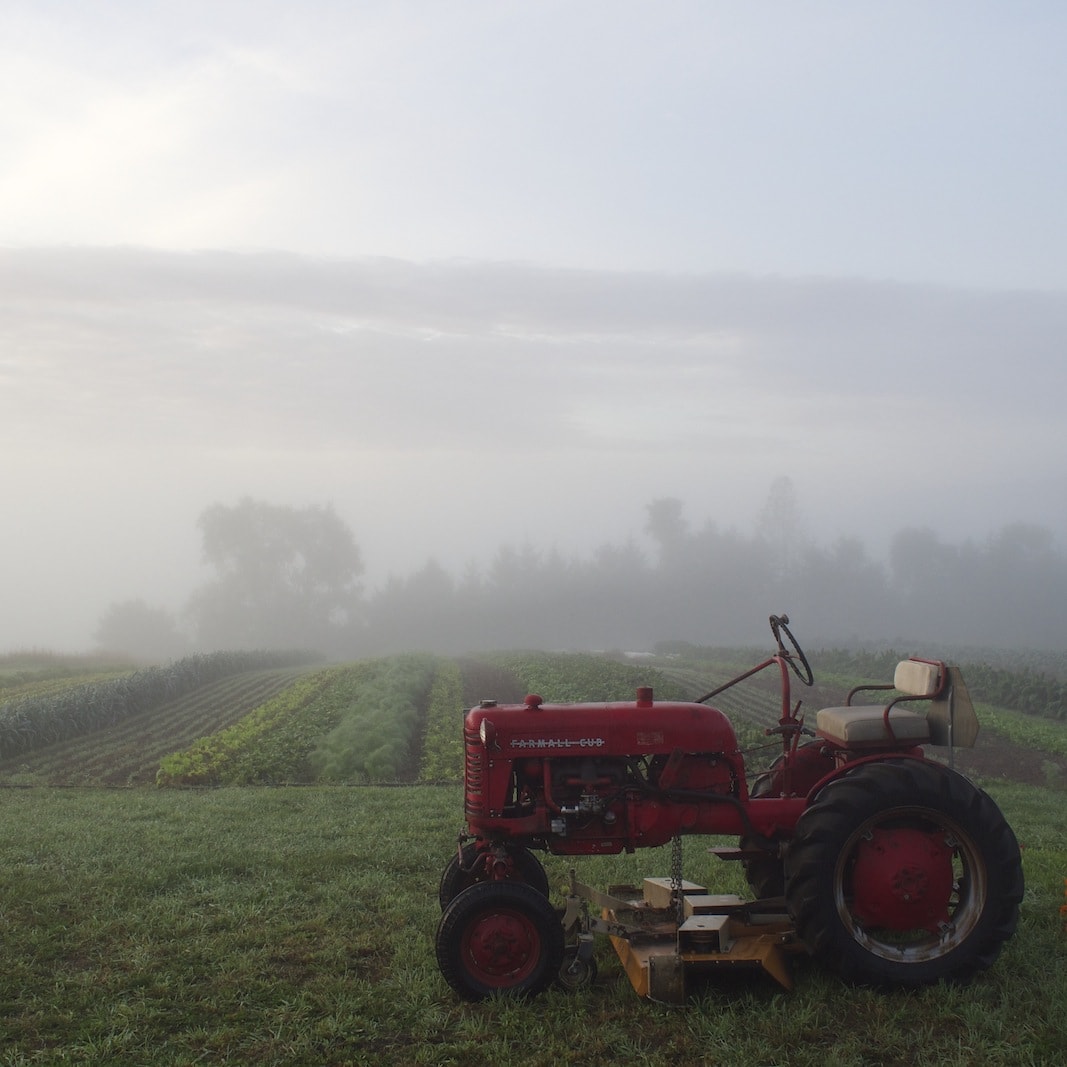 It takes one glance to see that Loma Farm is something special. As Wendell Berry, patron saint of sustainable farming, said, “A good farm is recognized as good partly by its beauty.” Following in Berry’s footsteps, Theisen’s farming philosophy emphasizes the creation and discovery of aesthetic joy in the field. He calls it agristhetics, “conveying the duality of farming not for food alone, but also for beauty in landscape, produce and the act of work.”

Farmers are caretakers of landscape and community, responsible for managing finite resources in a world that makes ever-increasing demands. “Loma” is characteristically poetic commentary on the role farms play in a community: The backbone, our source of strength and connection, without which we would collapse. 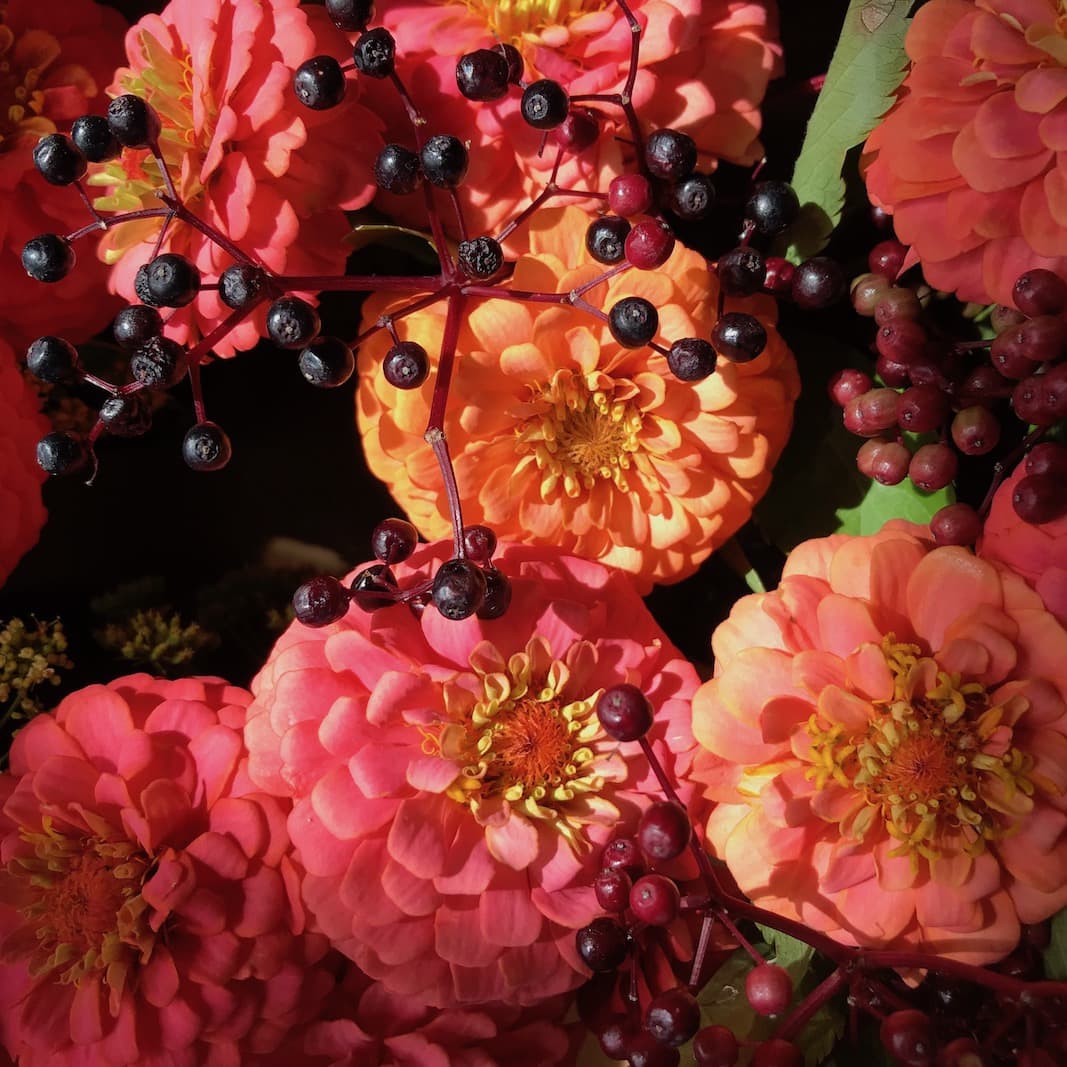 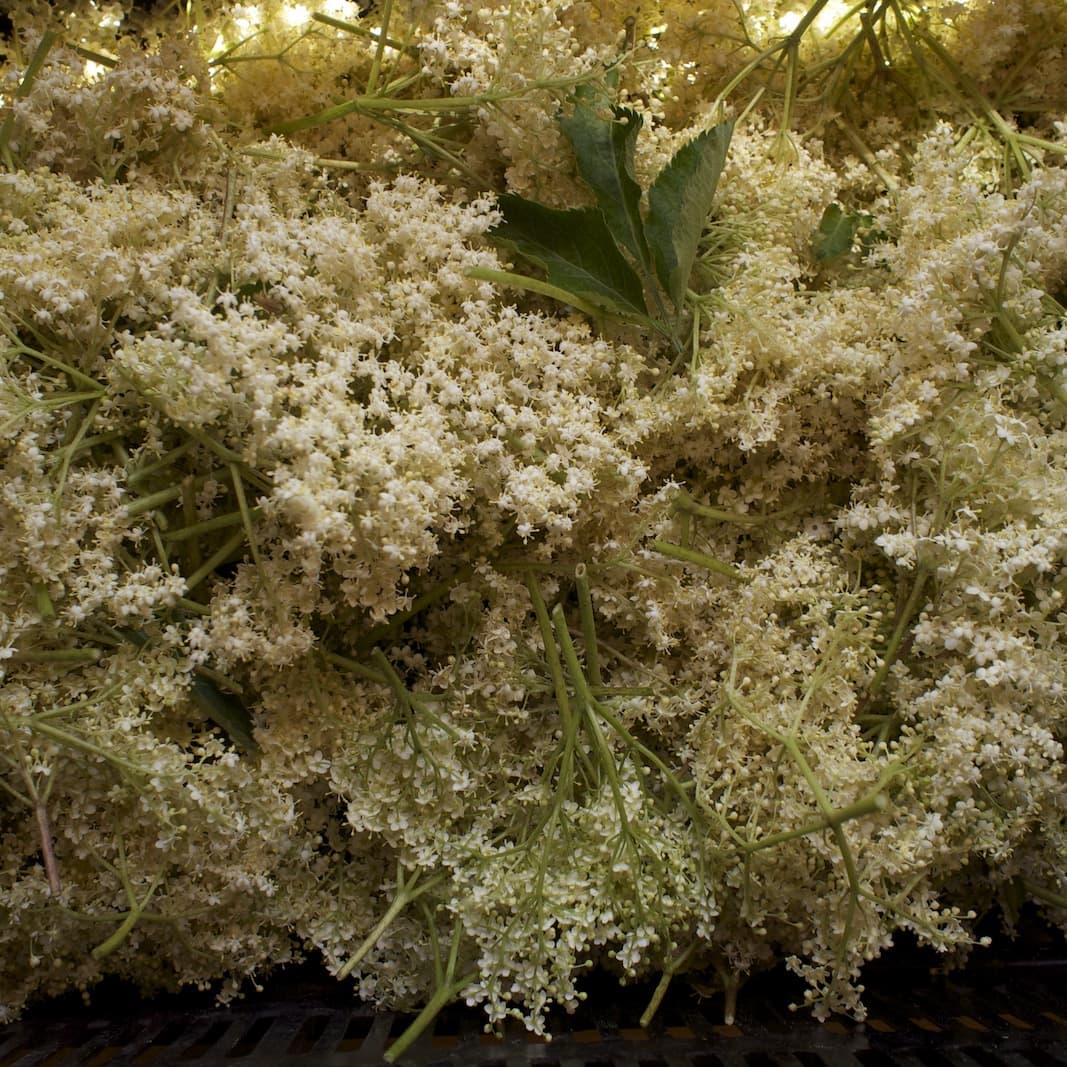 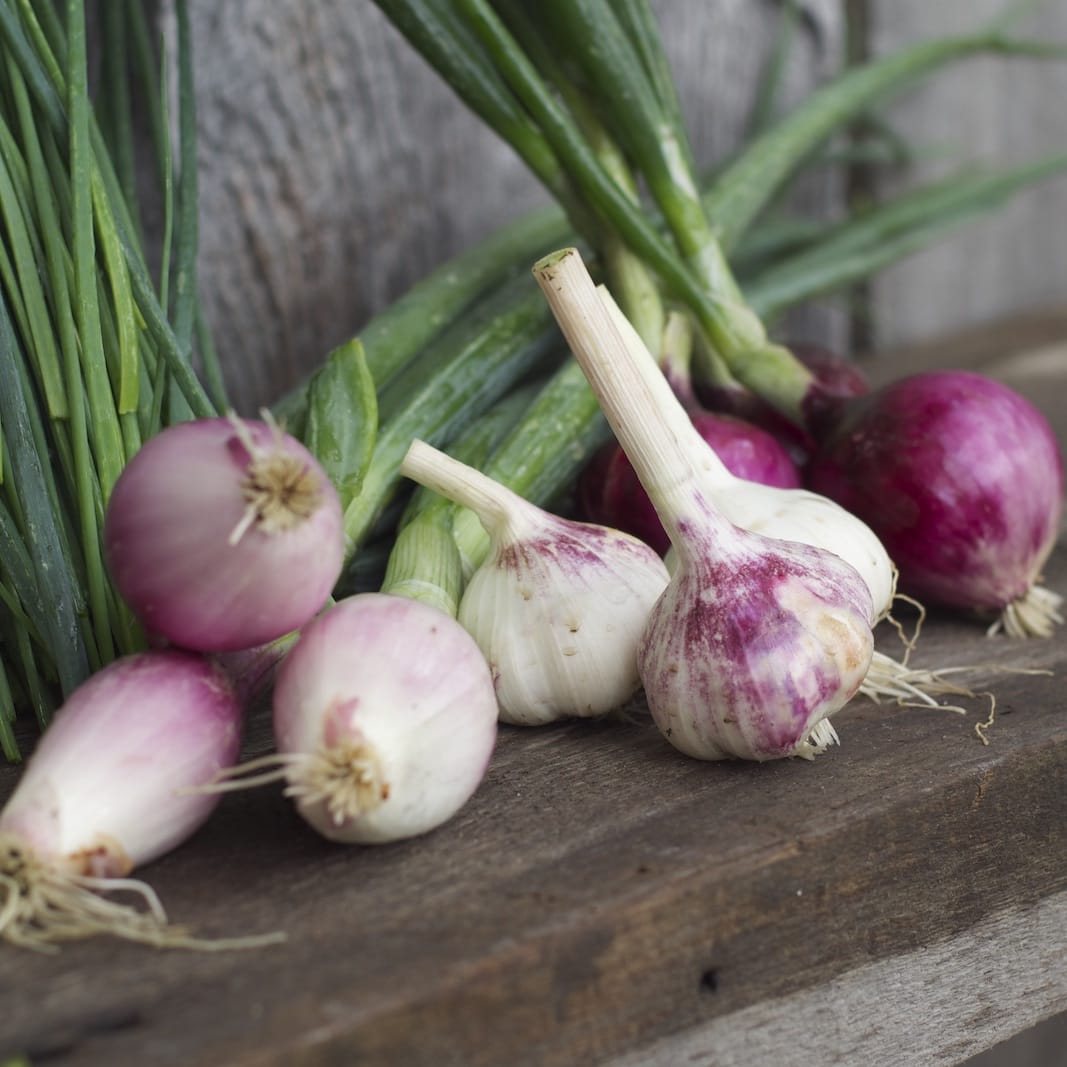 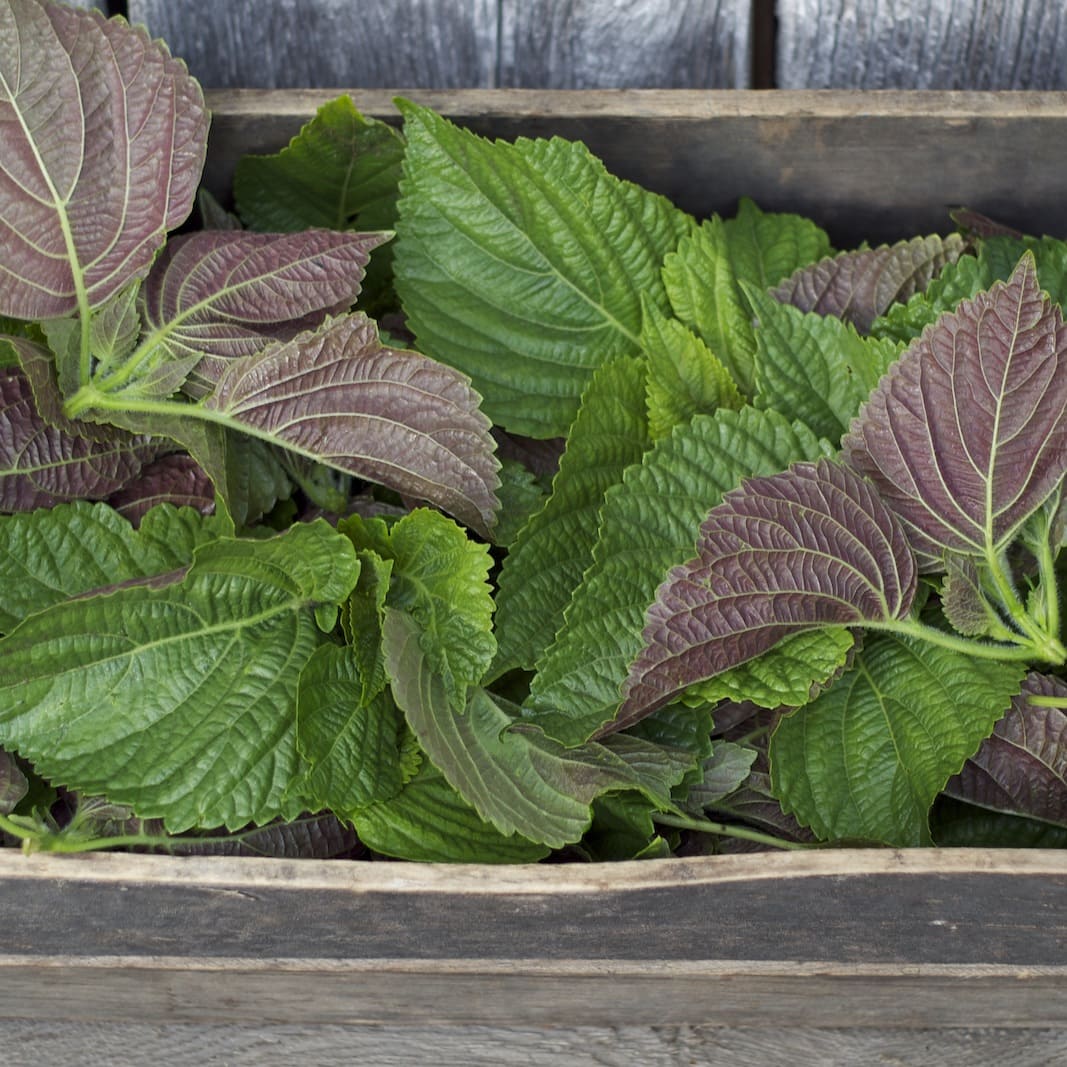 Loma Farm’s produce can be found at the Sara Hardy Farmers Market, Hansen Foods and Burritt’s Fresh Markets; those looking for a full season’s bounty may sign up for a CSA share (weekly pick-ups from June-October). Diners can enjoy meals highlighting Loma’s offerings at restaurants across Grand Traverse and Leelanau counties including Alliance, Blu and The Cooks’ House.

Check out the online farm store to shop for fresh veggies. Selection and availability changes often, so check back frequently. For more information, visit lomafarm.com.