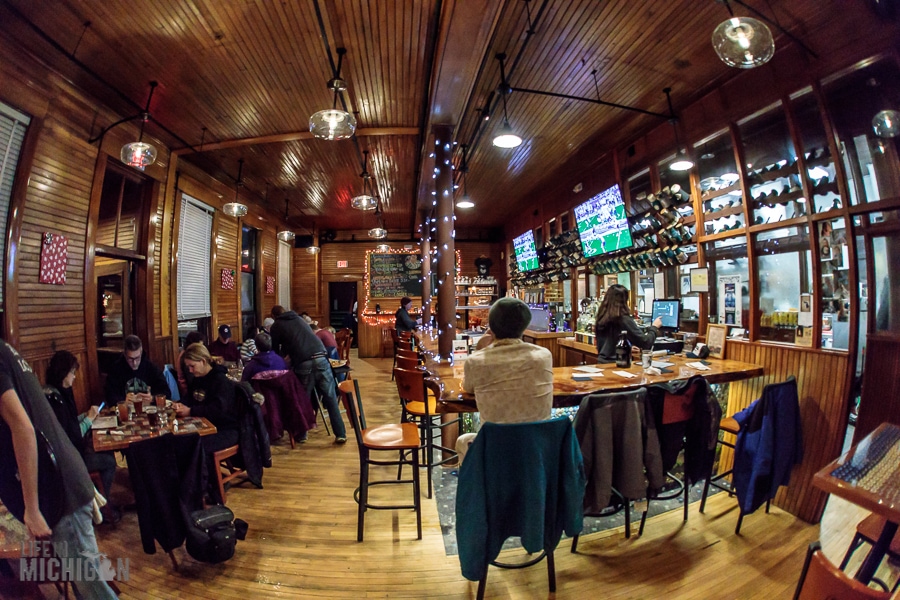 In the last decade, Michigan’s craft beer scene has exploded in spectacular fashion. With new and unique Northern Michigan breweries popping up across the North, it’s important to know what these new businesses offer in terms of food, atmosphere and, of course, beer.

In Boyne City, you can find fun and entertainment at every turn, and Stiggs Brewery & Kitchen provides customers with a one-of-a-kind dining and drinking experience. Located in the historic railroad building downtown, the more than 100-year-old wood walls, floors and ceiling give the Boyne City brewery a very warm and relaxing atmosphere. 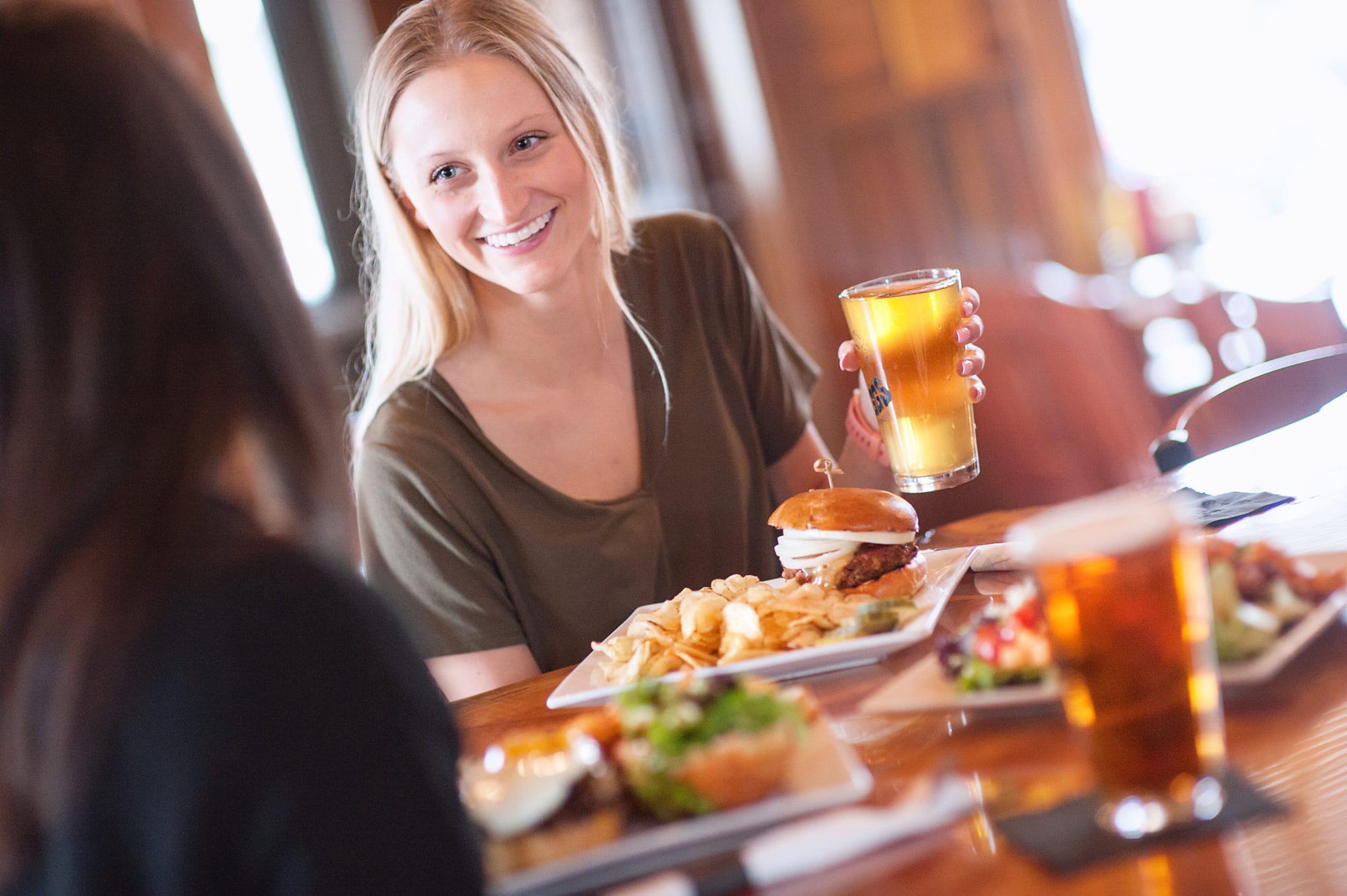 Founded in 2017 by beer aficionado Mike Castiglione, Stiggs boasts more than 30 different kinds of beer on tap, and 20 of them are Stiggs-made beers that you won’t find anywhere else. They brew everything from sours, porters, IPAs, hefeweizen, imperial stouts, Irish reds, browns, New England IPAs and everything in between. Stiggs beer is brewed onsite and their full kitchen focuses on beer-infused local cuisine like the beer-infused queso cheese dip and Brewer’s Chicken N’ Spent Grain Dumpling soup made with in-house beer-brined chicken.

In addition to their own brews made with locally sourced hops, Stiggs also regularly provides local favorites like Arbor Brewing’s Euchre Pilsner, Smackintosh by Tandem Ciders and a Short’s beer or two.

According to Mike, the brewery works with many local vendors and hops farmers to source the best hops and create flavor combos like lavender- and honey-infused beer:

“Stiggs has a 2.5 burner pilot beer brewing system we call Psycobrew in Greenville, Michigan, and having such a small brewhouse requires a lot of hands-on brewing and good note-taking,” Mike says. “We source a lot of malts and hops from Michigan and also enjoy teaming up with local businesses to brew them a special beer unique to their line of work. For example, we have a beer called Tears of the Sun God brewed for Lavender Hill Farm with their honey and lavender.” 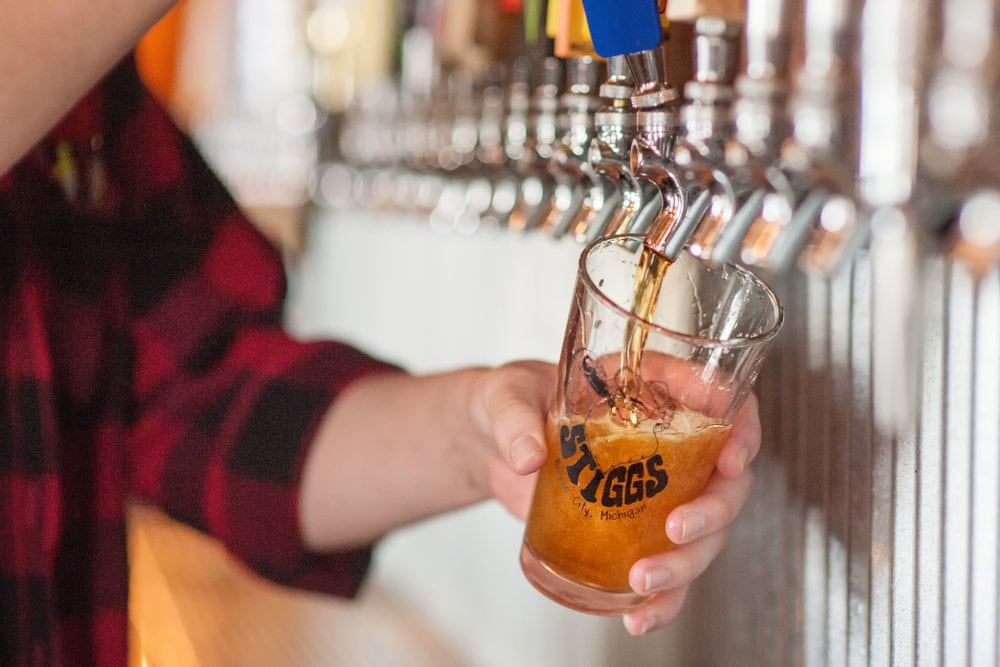 Stiggs Brewery & Kitchen is a brewpub and has the best of both worlds: Stiggs-made Boyne City famous beer selections and other Michigan beers, spirits and wines. Not only can you get the best beer Boyne has to offer, but you can also dine in or take out some of Boyne City’s best food, like the Stiggs Burger, BBQ pulled pork and chicken sandwich, Mighty Mac, Smelt City Dinner and the famous Fuggle Fries. 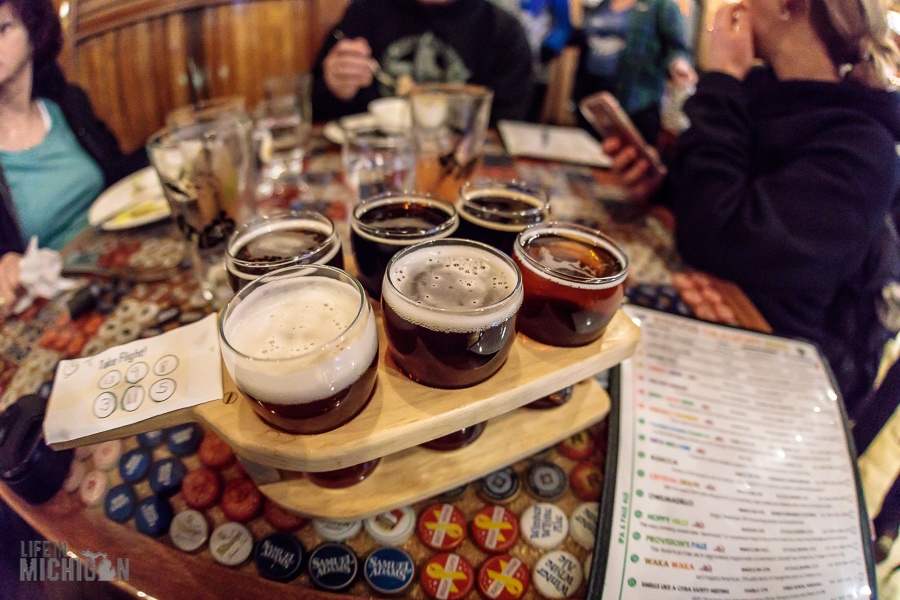 Along with the wide food and drink selection, Stiggs regularly partners with local businesses through their Brewing Up Business initiative, through which businesses can design a tap handle, Stiggs brews them a special beer and the brewery team even shoots a fun promotional video with the company. They have partnered with more than 25 different establishments over the years.

Stiggs also partners with local musicians and hosts live music on Friday and Saturday nights throughout the year.

Check out more photos of Stiggs by Life in Michigan. 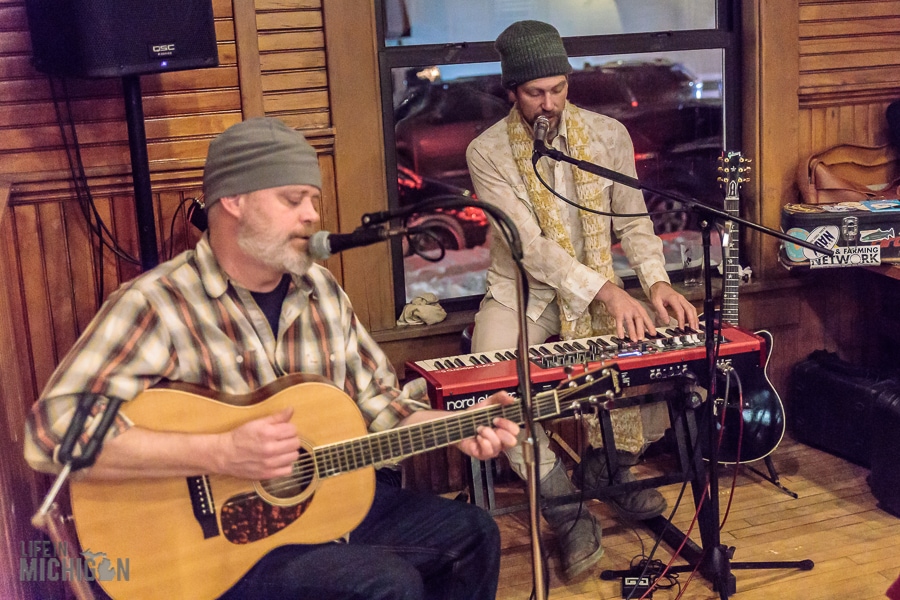 If you’re looking to commemorate your visit, consider joining Stiggs mug club membership, with about 300 other cool people. Stiggs just received another 50 brand new hand-thrown mugs, and their mug club offers special discounts and savings throughout the year.

Whether you’ve just come in from a cold day skiing at Boyne Mountain, finished a hike on one of Boyne’s many stunning trails along Lake Charlevoix or traversed Avalanche Mountain, Stiggs is the perfect place to grab a cold drink and a hot homemade meal. 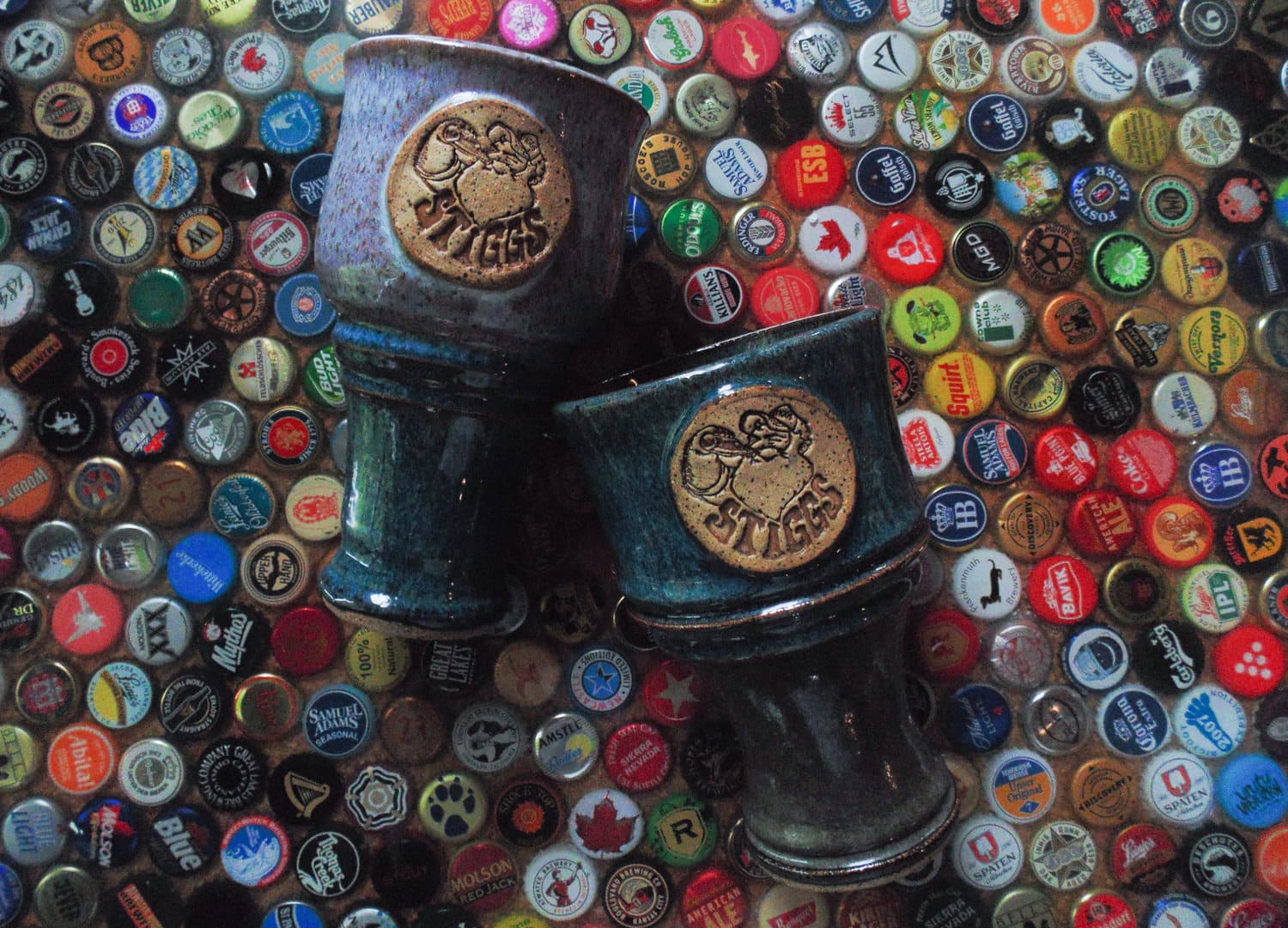