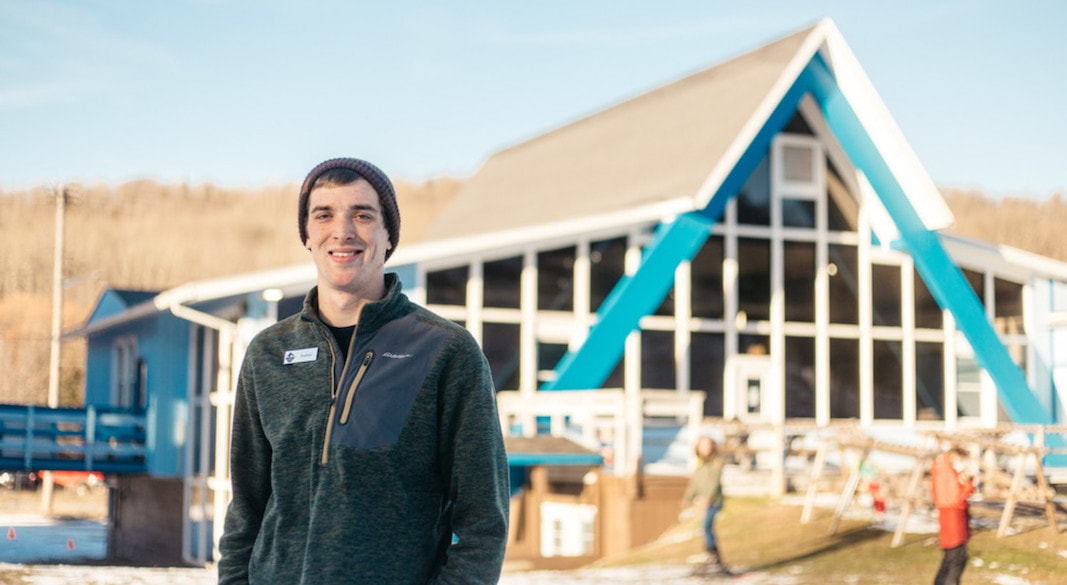 Andrew Farron had never run a ski hill before. But the 27-year-old Traverse City native flurried his way into a GM position at one of the coolest Michigan ski resorts, Marquette Mountain in the Upper Peninsula.  And he did it with innovation, kindness and a ready-to-listen attitude.

Andrew Farron grew up in Traverse City, and, as a snowboarder, took full advantage of each Michigan snowfall. While studying engineering at the University of Michigan, he was president of the school’s Ski and Snowboard Club. After graduating, he moved to Marquette with his wife, working at an engineering firm. But on a fateful afternoon in 2019, he left behind that career to accept a post for which he had no prior experience. When Andrew stepped in as general manager of Marquette Mountain, he’d only been to the hill as a recreational snowboarder.

Yet it was a calling he could not ignore. A dark cloud hovered over the struggling mountain, but many in the community saw its potential.

“I wouldn’t live in Marquette without the ski hill,” Andrew says. “To see it flopping while knowing what it could be—and the kind of community center it could be—was frustrating to a lot of people. It’s something I’m trying to repair.”

Andrew approached the owner of Marquette Mountain with a business plan. But his real icebreaker was an open letter he wrote to the people of Marquette:

“I have fresh, detailed and substantial plans to get Marquette Mountain back on track,” Andrew announced in the letter, emphasizing that his goals would not be possible without support from the community. “Like many of you, I am a winter sports enthusiast, strongly planted in the Midwest, I have left my engineering career to turn my frustration into action and have gained the confidence of owner Pete O’Dovero to turn this place around. I take this responsibility very seriously.” (Note: Pete O’Dovero has since sold Marquette Mountain to Eric and Sarah Jorgensen.)

The letter continued, “This is your mountain. Yes, somebody owns it, but your livelihood is heavily affected by it and you have plenty of power to change it.”

The people of Marquette welcomed his ideas.

Read Next: An Unforgettable Winter Vacation Above the Mackinac Bridge

Andrew started the job on a Monday morning in early February. He began his role as general manager smack in the middle of an exciting time. “There’s been substantial capital investment into Marquette Mountain,” he says. “The owner here is an entrepreneur in the Marquette area who brought this place out of bankruptcy and is now bringing it from the diminishing ski hill that it was to a fully functional, reliable hill that I hope people are willing to travel to.”

The snowball of moving parts never stops rolling on Marquette Mountain. Among them: food, ticket sales, the garage, grooming, lift operations, janitorial, rental shop, ski school, ski patrol and plowing services. It is the job of the GM to coordinate all these areas and, says Andrew, to listen.

Watching him from a distance, you’d never expect this young-looking lad with an easy smile and a walkie-talkie in hand to be in such a crucial position.

“He entered the job fresh with a lot of public support rallied behind him,” says Mountain Operations Manager Kristian Saile. “If something’s going on in the kitchen, he’s there trying to help out. He’s hands-on everywhere. It’s a steep learning curve for a ski area and he’s been very open.”

For Andrew, it’s the little things that carve out his growing knowledge base.

“One morning, we had to figure out if we could sell kombucha in the shop or just in the bar because it has a small alcohol percentage. That’s totally random,” Andrew says. “You would never expect to need to know the answer to something like that, but that’s the start of my day: dive into it, figure out an answer. It’s a million things like that that seem meaningless, but at the same time, someone’s gotta keep track of ’em.”

With 100-plus employees, Andrew’s focus isn’t on managing every single one, but rather on encouraging those in charge of each department. To him, making those people feel empowered enough to organize and watch over their peers is very important.

That underlying belief and his wife’s support are what get him through the daily challenges. The mountain steals every spare minute of his time and, according to Andrew, it needs even more. “That’s the hardest part: it’s never-ending. But I like being here,” he says. “I’m seeing results and the support has been overwhelming.” 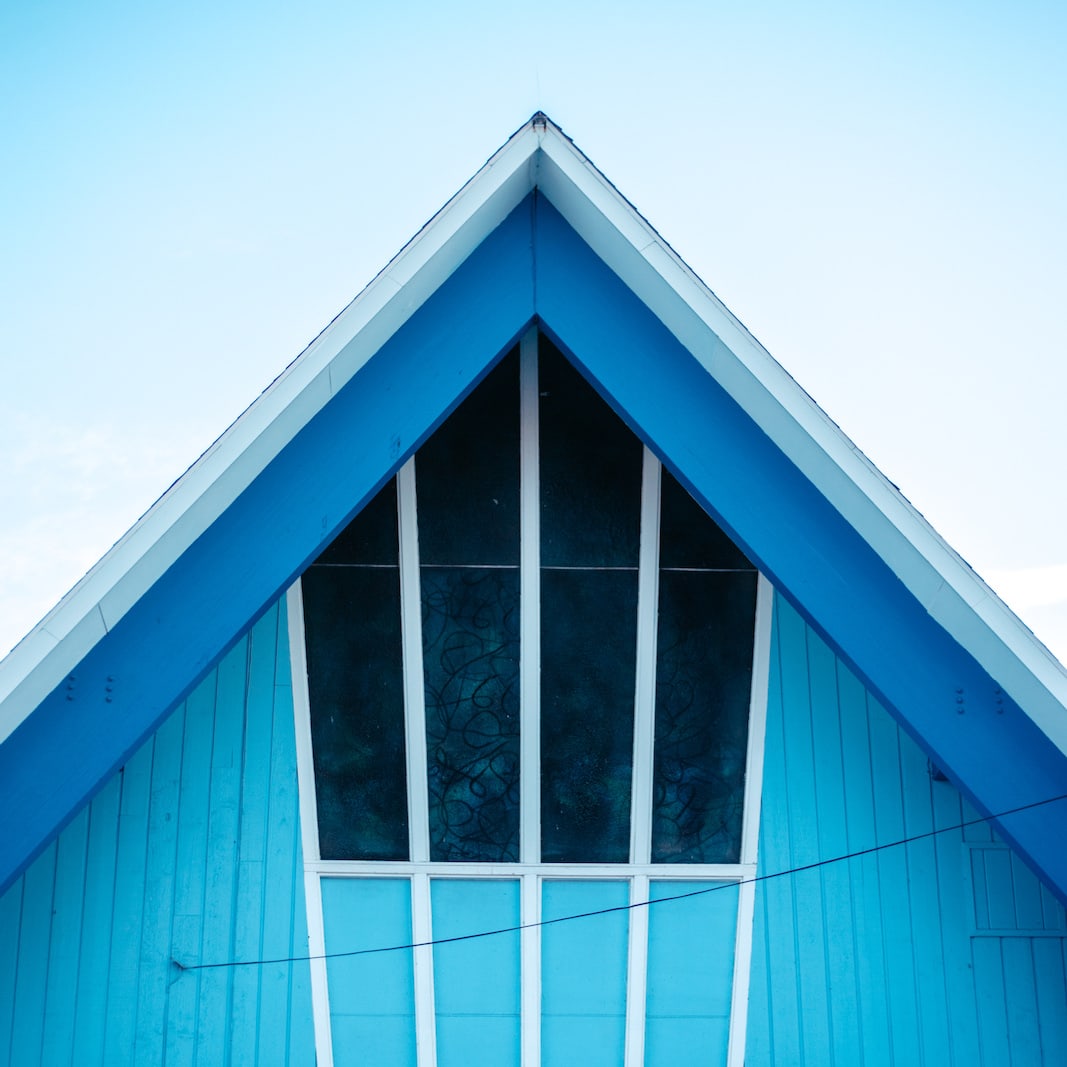 During Andrew’s first season on the job, the city of Marquette surpassed a snowfall record of 200 inches. This, of course, was joyous news for patrons and good for business but presented some infrastructure obstacles. “We’d have eight people out shoveling at a time,” he says. Andrew brought everyone coffee.

Andrew recognizes the knowledge and capabilities of his team. “I really don’t need to give a whole lot to the employees in terms of direction, I mean, they know more than I do,” he says. “I’m an engineer. I understand the design needs and details, but I don’t know what this hill does and how it works. I don’t know where there’s rock and where we can’t dig a hole or [make] tracks. I don’t know the details of all that, and I’m okay accepting help.”

To find the answers to questions he’s unsure of, Andrew engages and listens. His impromptu focus group recruits are local mountain bike shop owners and trail builders. “The goal is to be surrounded by smart people,” Andrew says.

For example, an independent consultant at Mont Ripley—the oldest ski area in Michigan in nearby Houghton—”answers a lot of our calls when we’re having issues with an iced-up chairlift or anything in that regard,” Andrew says, adding, “We’re all kind of in it together in the U.P. ski industry and that’s pretty cool.”

For Andrew, shepherding Marquette Mountain into its next chapter is incredibly rewarding.

“People get married here and raise their kids skiing and snowboarding here. I’ve even heard of people spreading ashes on this hill,” Andrew says. “There’s a lot of power and emotion.”