Erickson Center for the Arts Constructing New Theater in Curtis 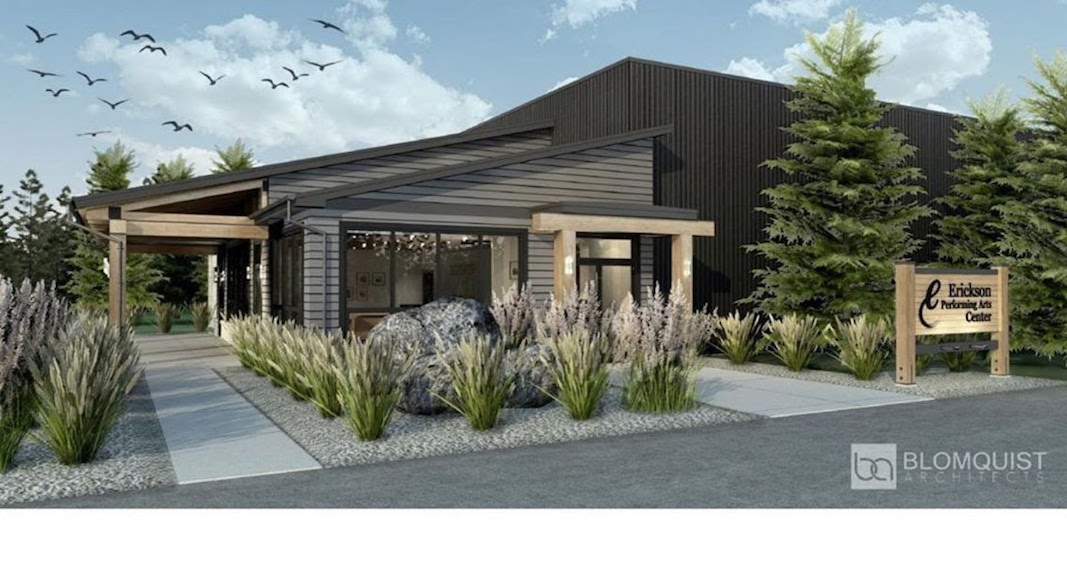 The Erickson Center for the Arts has reached its fundraising goal for a new theater in Curtis, Michigan. The new facility will house a 160-seat theater with graduated permanent seating, a large stage and lobby and backstage dressing rooms for artists and performers. Construction will begin in the spring of 2020 with completion and a grand opening expected in early in 2021.

The Erickson Center for the Arts, a Northern Michigan nonprofit, is dedicated to enriching Eastern Upper Peninsula communities through artistic and cultural exhibitions and programs. The success of musical and theatrical performances over the last several years made it evident the community has the talented individuals and audience support to justify a state-of-the-art facility.

A $1 million grant from the Nancy A. and Richard P. Erickson Foundation, administered by Stuart and Peggy Erickson, kicked off the fundraising campaign in spring 2019, and businesses in Curtis and surrounding communities have also generously supported the Center’s efforts. “We are so thankful for all the support from those who stepped up to make our dream a reality,” says Board President Kelly Chamberlin.

While funds for the construction of the theater building have been raised, the campaign remains active to secure additional funding to purchase advanced lighting and sound systems and furnishings for the theater. Anyone interested in supporting the fundraising efforts should contact the Center at 906.586.9974.

“With the addition of a new theater and the existing Erickson Center building, Curtis is poised to become a cultural center and travel destination in the Easter Upper Peninsula, bringing more tourists and residents to our area,” says Board Chair Tom Linscheid.

Get tickets for upcoming events at Erickson Center for the Arts at MyNorthTickets.com.