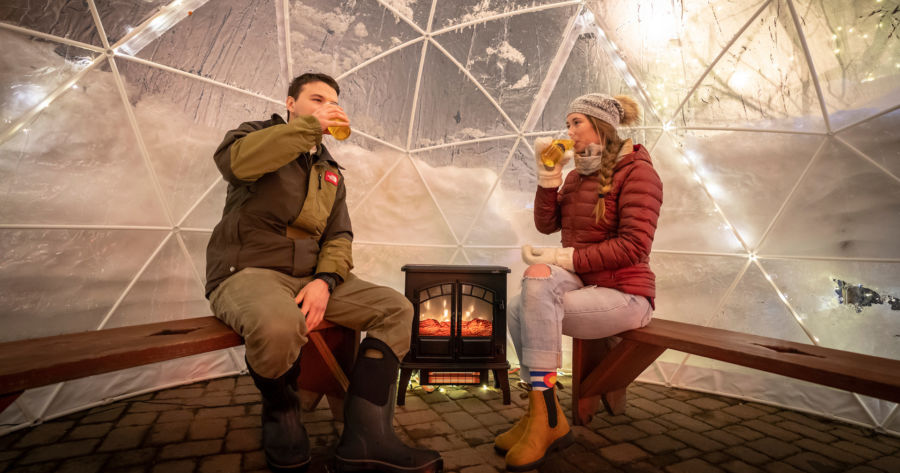 Photo(s) by Aaron PetersonGrab a seat inside the igloos at Blackrocks Brewery in Marquette, Michigan.

Why do yoopers love winter? 1) They’re descended from yetis. 2) More snow means more things to do. Pair these Marquette winter activities with a local brewery and you’ll understand why winter is the coolest season.

Marquette County has more than 60 miles of single-track snow bike trails ranging from beginner to expert. (Here’s where to ride.) And Marquette takes trail grooming seriously. At daybreak, if there’s snow, you can expect to bike until sunset. End your day at Blackrocks Brewery. The 51K IPA pairs well with a pasty and ketchup.

Marquette Mountain has 170 skiable acres ranging from rugged to well-groomed and is located just five minutes from downtown. Face east and you’ll see mighty Lake Superior from almost every peak. For more Great Lake views, head to The Vierling Restaurant, which overlooks the lower harbor, and is home to Marquette Harbor Brewery. In December 1995, The Vierling became one of Michigan’s first brewpubs with the addition of a five-barrel micro-brewing system. 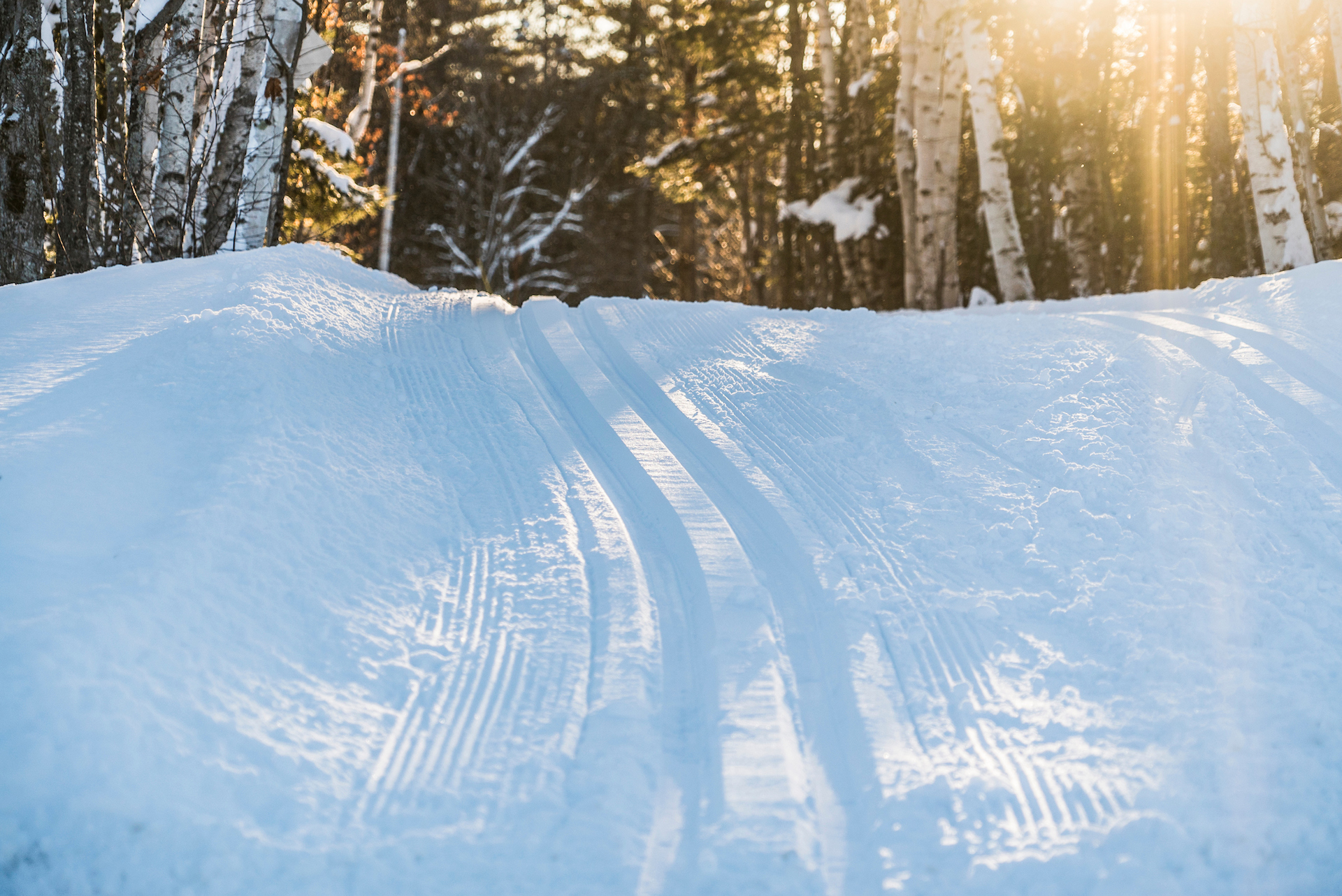 The Noquemanon Trail Network was founded in 2001. Since then, the community and landowners have come together to create seven trail systems from Munising to Big Bay, which include more than 125 kilometers of Nordic ski trails. Take a look. When you’re done exploring, head over to Ore Dock Brewing Company where you’ll find a cozy atmosphere and award-winning brews. Our favorite? Dream Weaver.

First of all, let us just say skijoring is wild. The winter sport entails a person on skis being pulled by a horse or dog. (No, we’re not joking.) The Noquemanon Trail Network has designated dog trails where you can give the sport a go. Here’s the scoop. Afterward, make your way to Barrel + Beam for attention-worthy sour beers that pack a pucker. 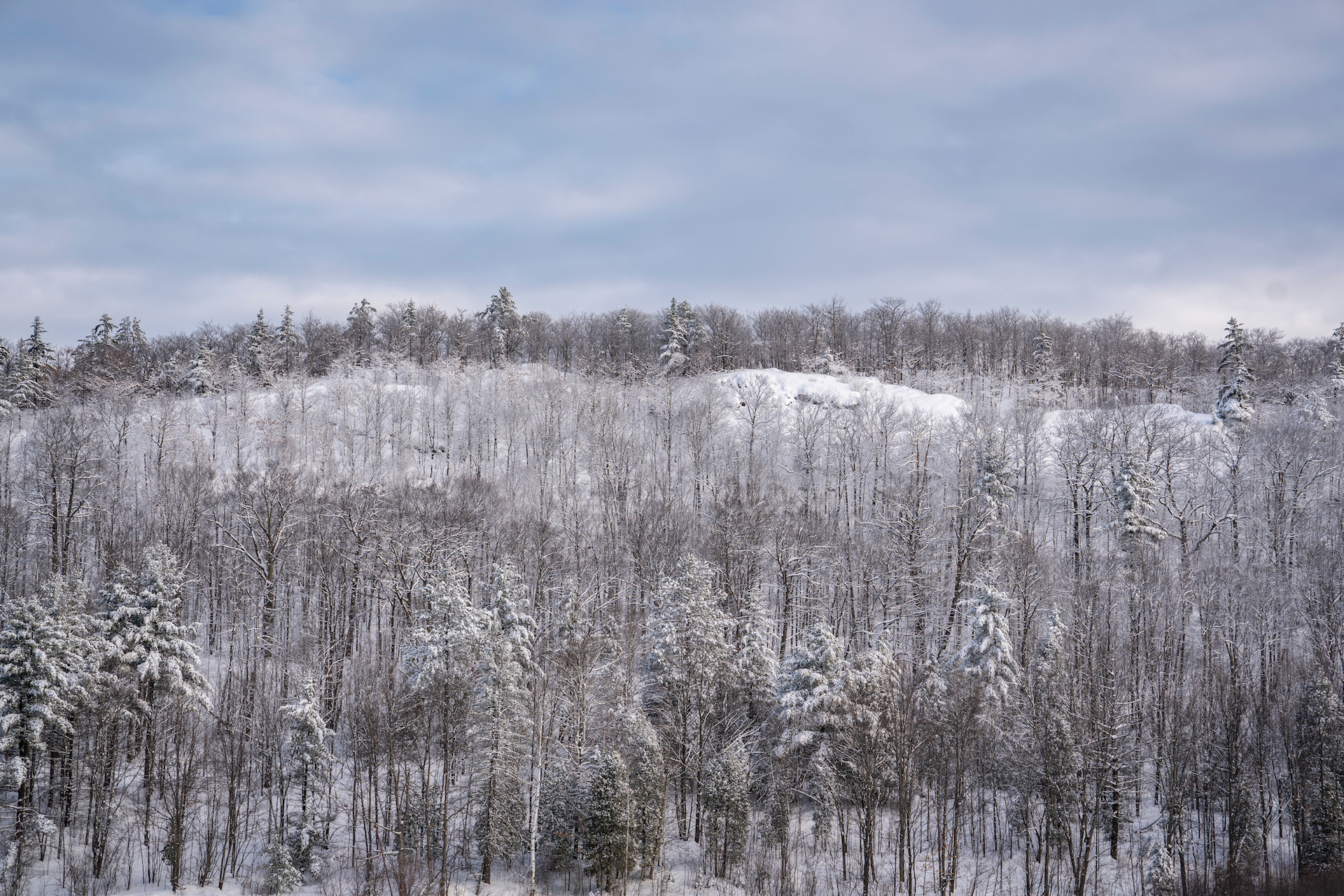 The Ishpeming Ski Club was the first ski jumping club in the country. The club’s annual ski jumping event, held each February at Suicide Bowl in Ishpeming, is a tradition that’s almost older than Ishpeming itself. Honestly, it’s something you’ve just got to see to believe. While you’re in Ishpeming, stop by the U.S. Ski and Snowboard Hall of Fame and Cognition Brewing Company.

Negaunee’s Lucy Hill is the only full-length natural luge track in the United States. (US athletes train here before traveling to competitions in Europe.) During the winter, the Upper Peninsula Luge Club has regular hours open to the public, and the club shares its sleds, helmets and braking shoes. You just need to dress for the weather. Soon you’ll be able to grab a beer after rocketing down the half-mile track. The new Upper Peninsula Brewing Company is getting ready to open in Negaunee. Follow the brewery on Facebook for updates.