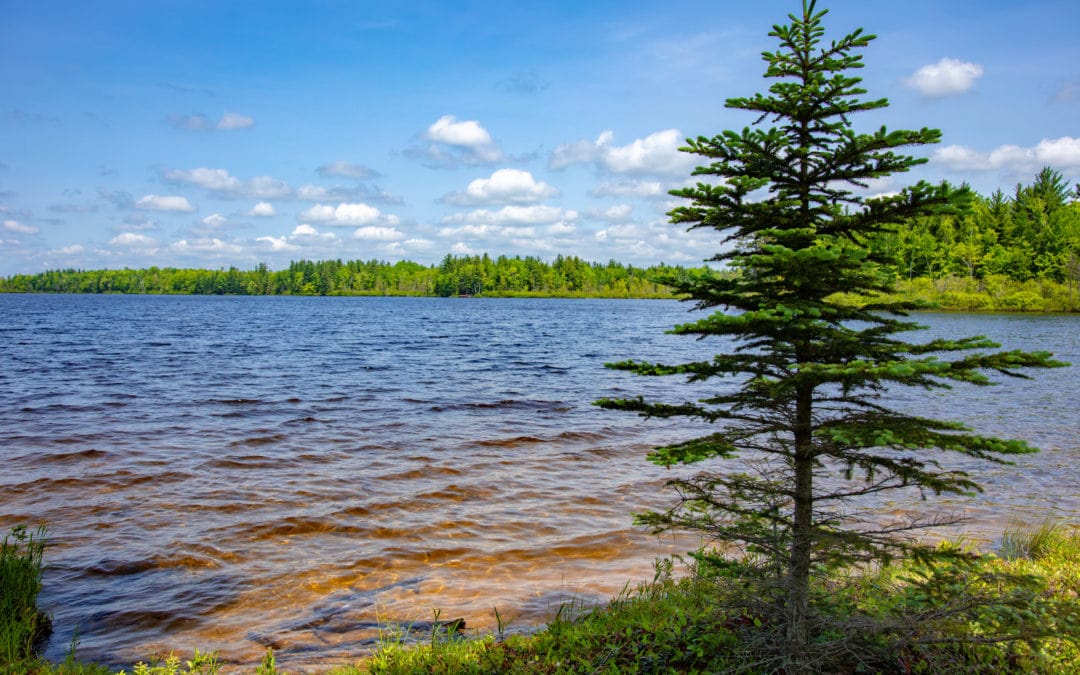 Read MyNorth Give for more inspiring nonprofits and ways to give back in Northern Michigan.

Jennifer Jay is four years and 68 million dollars into an amazingly successful, five-year 71.4-million dollar campaign. So why can’t she sleep at night?

“My greatest fear,” admits Jay, Grand Traverse Regional Land Conservancy’s director of communications and engagement, “is that the last three million will be the hardest to get in the door, and some of our biggest projects have the most remaining need.”

Like Old Camp Tapico, the former Boy Scout camp, now called the Upper Manistee Headwaters Preserve. “We had to race to beat developers from Chicago and an angel loaned us the money to hold the property while we fundraised, but we can’t lose this,” Jay says. The project needs a remaining million dollars in funding to secure conservation.

The sheer size in part makes the preserve amazing, but the fact that the lake is free of invasive aquatic species is nearly unheard of. The old camp has a tremendous variety of habitat that’s home to threatened and endangered wildlife such as bald eagles, red shouldered hawks, smooth green snakes and the massasauga rattler, as well as a diverse, high-quality population of native plant species.

“We’ve had scientists up here that can’t believe this place, it’s that good,” says Jay. “When you walk on the property, you say to yourself, ‘this is what Michigan used to be like.’” Recognizing its value, donors Richard and Diana Milock both loaned money and donated an additional million dollars to secure the property temporarily, but the project has yet to be paid off or permanently protected. Jay believes the community will continue to rally behind them.

“We’re exhausted. But we literally didn’t have an option,” Jay says of the fundraising effort. “Our phones were ringing off the hook and properties were coming online that were going to be lost. The only option was to go big. When you look at the map, we’d ask, ‘which ones are you willing to lose?’ And people got it.”