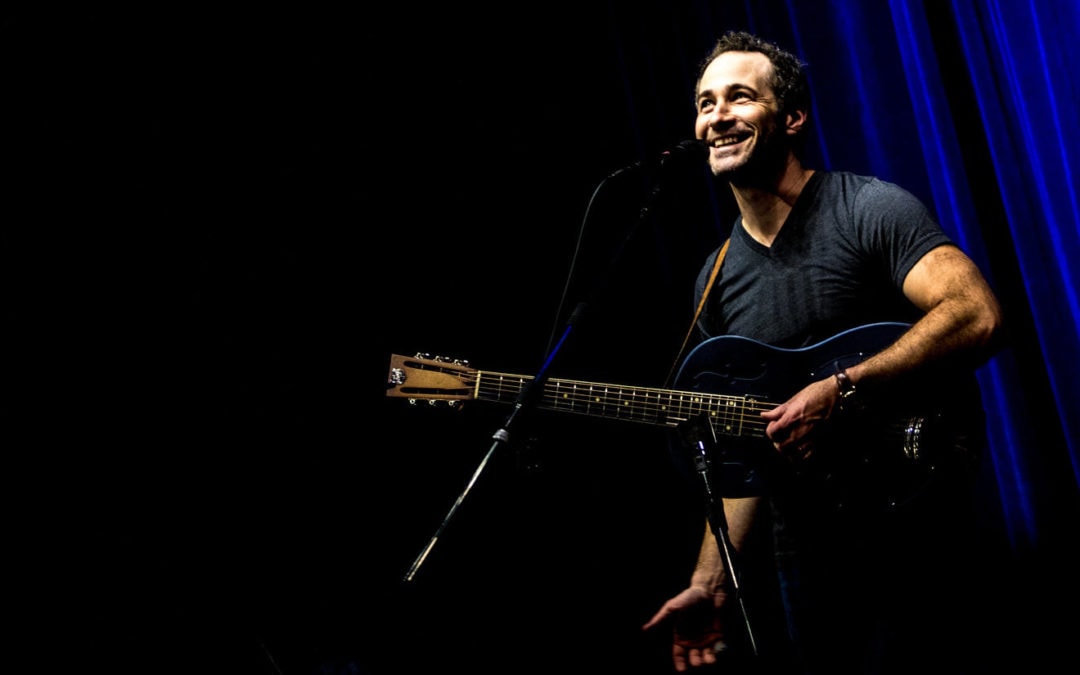 The Leelanau Community Cultural Center is delighted to welcome back Voice finalist and Leelanau County resident Joshua Davis to the Old Art Building on December 6 at 8 pm. Proceeds from this concert will benefit the Leelanau Children’s Center.

Over the past 20 years, Michigan-based Davis has honed an impressive range of skills—songwriter, bandleader, guitarist and vocalist—in the most honest possible fashion: night after night, song after song, show after show. Davis simply delivered every performance as though his life depended on it. Investing himself in the American musical diaspora, he has explored the common thread connecting folk, blues, jazz, ragtime and country forms—discovering his personal perspective as a composer in the process.

He’s currently touring in support of “Live at The Robin.” His first solo effort captures his essence in a way that pares his songs down to their emotional, musical and lyrical roots. “I’ve wanted to make this album for years” says Davis. “And I’m so excited to share it. I love playing solo shows. It allows me the freedom to dig deep into my songs and really be in the moment with the audience.”