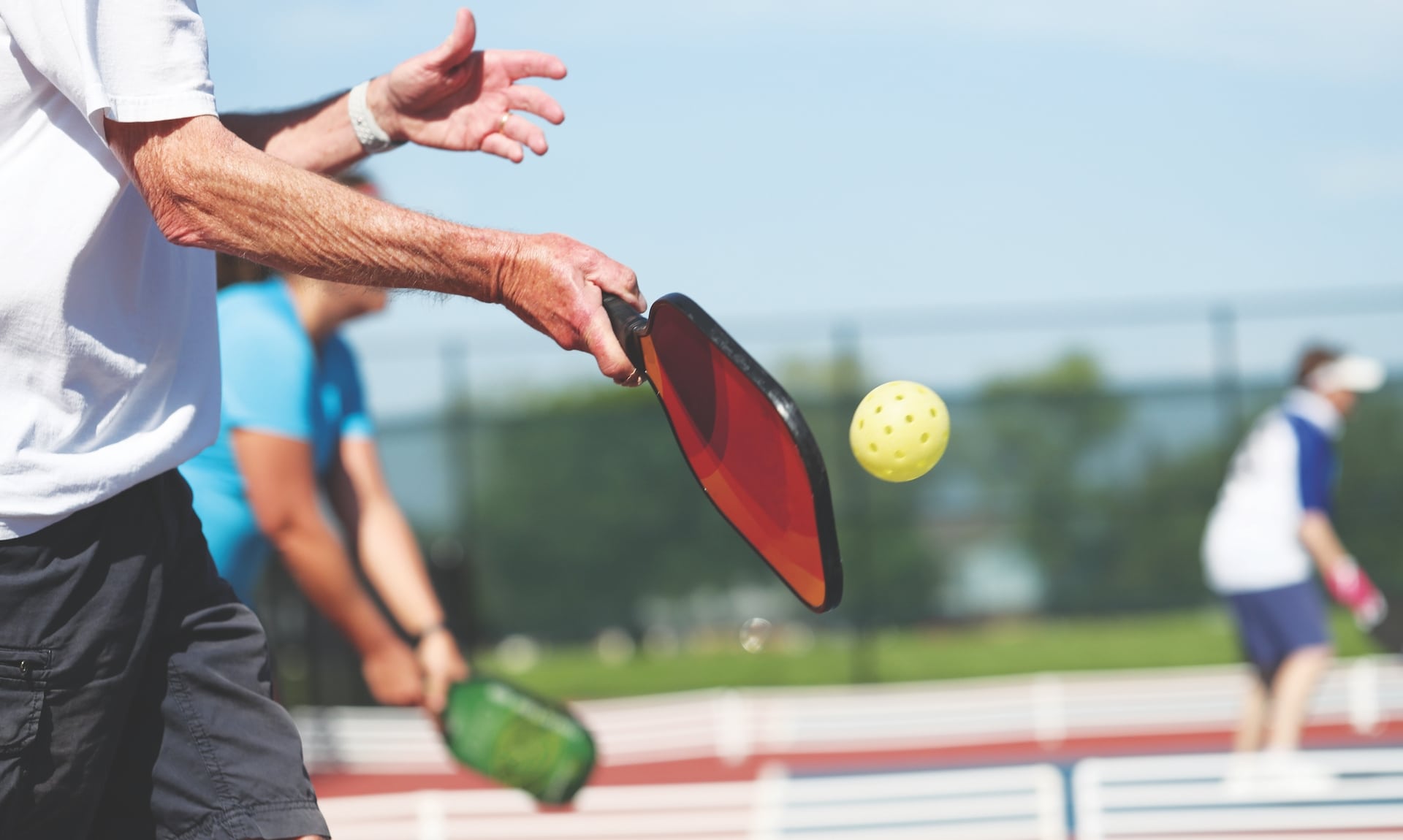 A combination of tennis, badminton and racquetball—with longer volleys played on a smaller court—the relatively new sport of pickleball is gaining momentum. Why? Easy access. Low costs. And it’s an easy workout that is lots of fun.

Traverse City courts are constantly filled with locals and vacationers of all skill levels, coming together to socialize and get in a great workout. On a Saturday morning at the Traverse City Dog Park, you’ll find around 50 people of all ages playing a game of pickleball.

“A lot of the courts are open-play concepts so people can drop in and play. As a result, you develop a lot of relationships. There’s a social component that attracts people,” says Gary Ford, president of the Traverse Area Pickleball Association. “People laugh and joke and when the game’s done, they share stories. And the next thing you know they go out to dinner together and take vacations!”

Gary’s been playing pickleball since 1984, before the sport became popular in the early 2000s. “We’re probably the first community to establish pickleball outside of Seattle,” he explains. “Which just means we’ve been doing this for a long time!”

Gary even competed at the first national pickleball championship in Florida in 2003. He says one of the reasons why he loves pickleball is that there’s openness to the sport he hasn’t experienced before in others.

“As president, I get people emailing me saying, ‘I’ll be on vacation in Traverse City for two weeks, where can I play with people at the same level as I am?’ I guide them: Dog Park at 10 a.m. Or higher-level players who don’t want to play open—I say, ‘Come join us.’”

Boardman Valley Nature Preserve: 8 new reservable courts on the banks of the Boardman River. Can play inside the YMCA if you get rained out without having to move your car. There’s a swimming area to jump in and cool off after playing!

Herman Park in Suttons Bay: 2 beautiful state-of-the-art courts with nice wind screens. And you can reserve the courts online through the township.

Dog Park in Traverse City: Where to go if you’re looking for a lot of fun people and energy. Saturday mornings from 9–12 there are probably 40–50 people there.

Glen Arbor: The park behind downtown is gorgeous with 3 courts. Lots of tables to sit at and people watching on basketball and tennis courts. Then you can go to Art’s Tavern and have a beer and burger afterward.

Grace MacDonald Park: Find 3 dedicated courts and 2 converted tennis courts on the east side of Traverse City, with lots of action on weeknights and weekends. Bonus: Beer and pizza at Peegeo’s afterward.