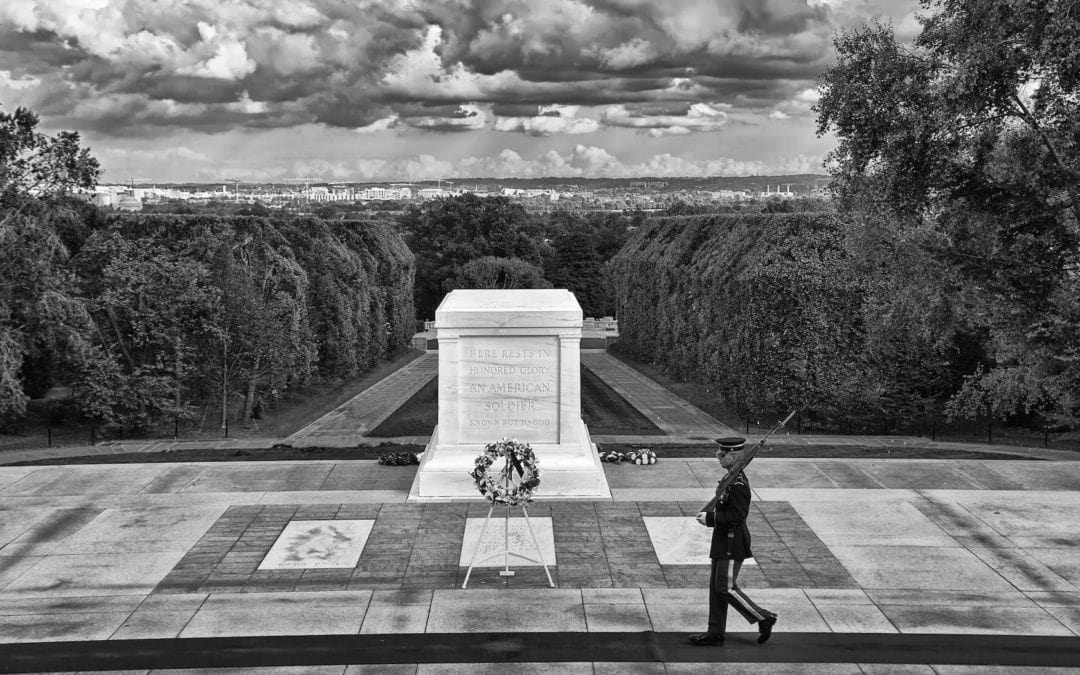 Back in January, a group of combat veterans got together and started brainstorming ways to help fellow veterans in Northern Michigan. They decided to do an art show featuring veteran artists as a fundraiser. The idea took off, and the new Traverse City event, the Veterans Inspirational Art Show, is going to be unforgettable.

The Veterans Inspirational Art Show, hosted at the home of Dana and Casey Cowell, will showcase 35 artists from all five branches of the U.S. Armed Forces—Army, Air Force, Coast Guard, Marine Corps and Navy—on Saturday, September 28. One hundred pieces of art (paintings, pottery, glassworks, sculptures, musical instruments, fishing rods, metalworks and more) ranging in price from $100 to $19,000 will be available for purchase. (Sneak peek of three artists’ works below!) Three awards will be given by an independent curator and guests will also vote for their favorite. There will be hors d’oeuvres prepared by Chef Jim Morse of the Boathouse Restaurant and complimentary bar services provided by Tonic & Lime Boutique Bartending Company.

Guest parking will be at the First Congregational Church, located at 6105 Center Rd., Traverse City. Continuous shuttle services will be provided between the church and the Cowell home.

If you can’t attend the Veterans Inspirational Art Show, but want to support Northern Michigan veterans, you may donate online.

“I’m looking forward to visiting your city for the art show. I am a retired Chief Petty Officer turned artist five years ago after retiring from two full-time careers. I am a member of the American Society of Marine Art, a juried member of the Associated Artist of Winston-Salem and a member of American Veterans Art Alliance. While in the Navy, I did paint as an off-duty hobby, however, had to take a detour to make a living for another 30 years.” 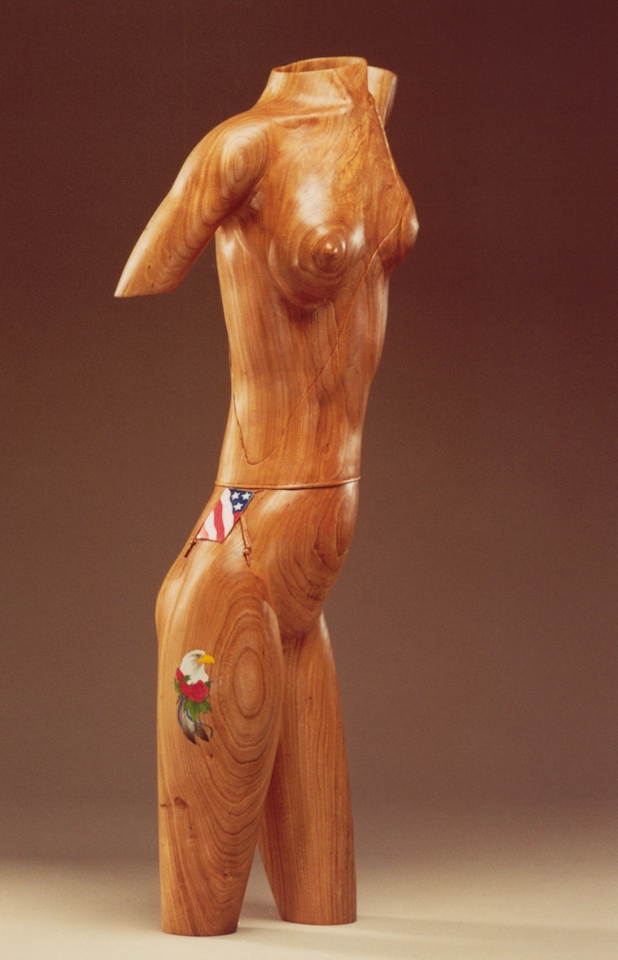 Lyle has been involved in both woodworking and turning from an early age. His father mentored him in the intricacies of wood, both structurally and artistically, and as a result of this background, he got his start in the woodworking field. Lyle has developed a style that is both innovative in design and technically challenging. His creative energies and desire to cultivate his technique soon led him to attempt turning the human form, which requires a multi-axis approach versus the more traditional single axis. From these techniques, Lyle created the Jamieson Hollow Form Turning System. Today, Lyle is an accomplished teacher of woodturning technique and now resides in a beautiful corner of Northern Michigan. 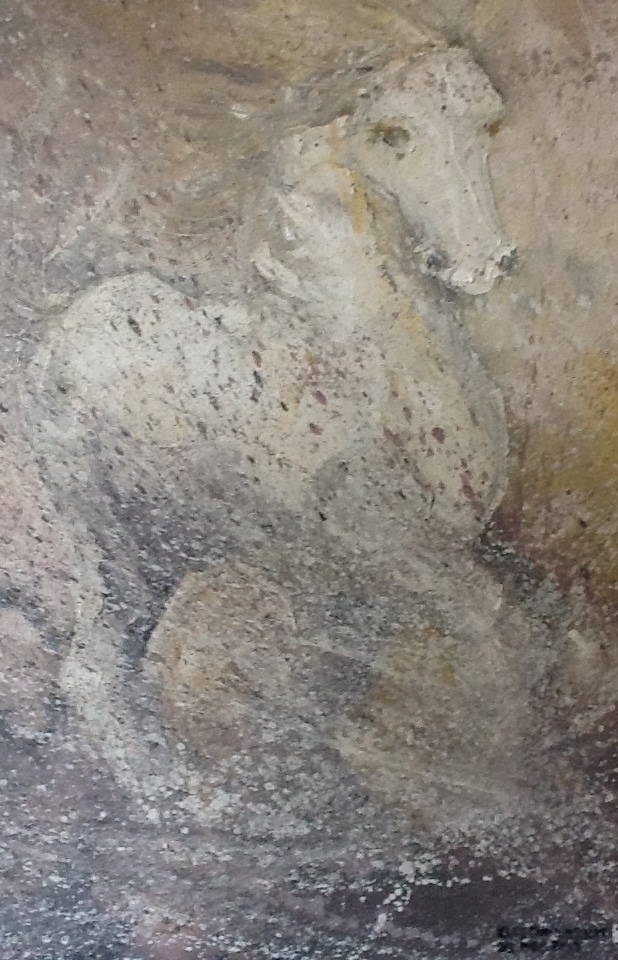 Karen Lee Cunningham has been creating art since she was three years old. She was an undiagnosed dyslexic and drawing leveled the playing field because as she said to her kindergarten teacher, her trees, flowers and horses were never backward. One of her favorite subjects is horses. Horses have been important military warriors since Alexander’s Bucephalus. She admires their shape, power and bond with their human counterparts. She is currently in veterans horsemanship classes at Reining Liberty Ranch. Karen volunteered and served as a special agent, U.S. Air Force, during the Reagan administration. She firmly believes all able citizens should invest time serving our country in a variety of capacities.

VIV was started by a small group of combat veterans who came together in January 2019 with a shared mission to empower and support veterans. The project-oriented group of volunteers is working with and supporting veteran-centric groups.

Mike Coonan, a veterans counselor, was one of seven founders. “My goal was to take combat veterans who tend to isolate themselves, including myself, and bring them into a greater community,” he says.

When VIV first started thinking about doing an art show, they imagined it would be a small affair at a local brewery. Then the Cowells offered to sponsor the event and host it at their bayside home on Old Mission Peninsula. The Cowells also brought on event planner Melissa Conradie of Conradie Event Design to help with the show. “How this event has taken off is quite frankly beyond our wildest imagination,” Mike says.

The art show will be the first fundraiser for VIV. “We’re going to use the money to help veterans in the community,” says retired Lieutenant Colonel David St. Aubin, who served two tours in Iraq in the U.S. Army Reserves and a tour in Afghanistan. “We’re trying to get a fund to fill in the gaps where the normal veterans services fall short—help someone fix their car for example. We know a veteran whose car doesn’t work and he can’t get to work without a vehicle. Those types of things. All veterans organizations do great things, but some people fall through the cracks. It’s amazing how many veterans don’t even know these things exist.”

“We want to get veterans recognized,” says VIV member and artist Lyle Jamieson. “Some of these artists have never sold anything before, and we want to recognize and celebrate them. And on the other side of the coin, we have many very well known artists, too. Some of their work is already in the Cowell home and at the Cowell Family Cancer Center. We got a great show going.”

What does Veterans Inspiring Veterans mean to you? “Simply giving back to veterans.” –David St. Aubin

Tickets for the Veterans Inspirational Art Show are available online at MyNorthTickets.com or call 800.836.0717.