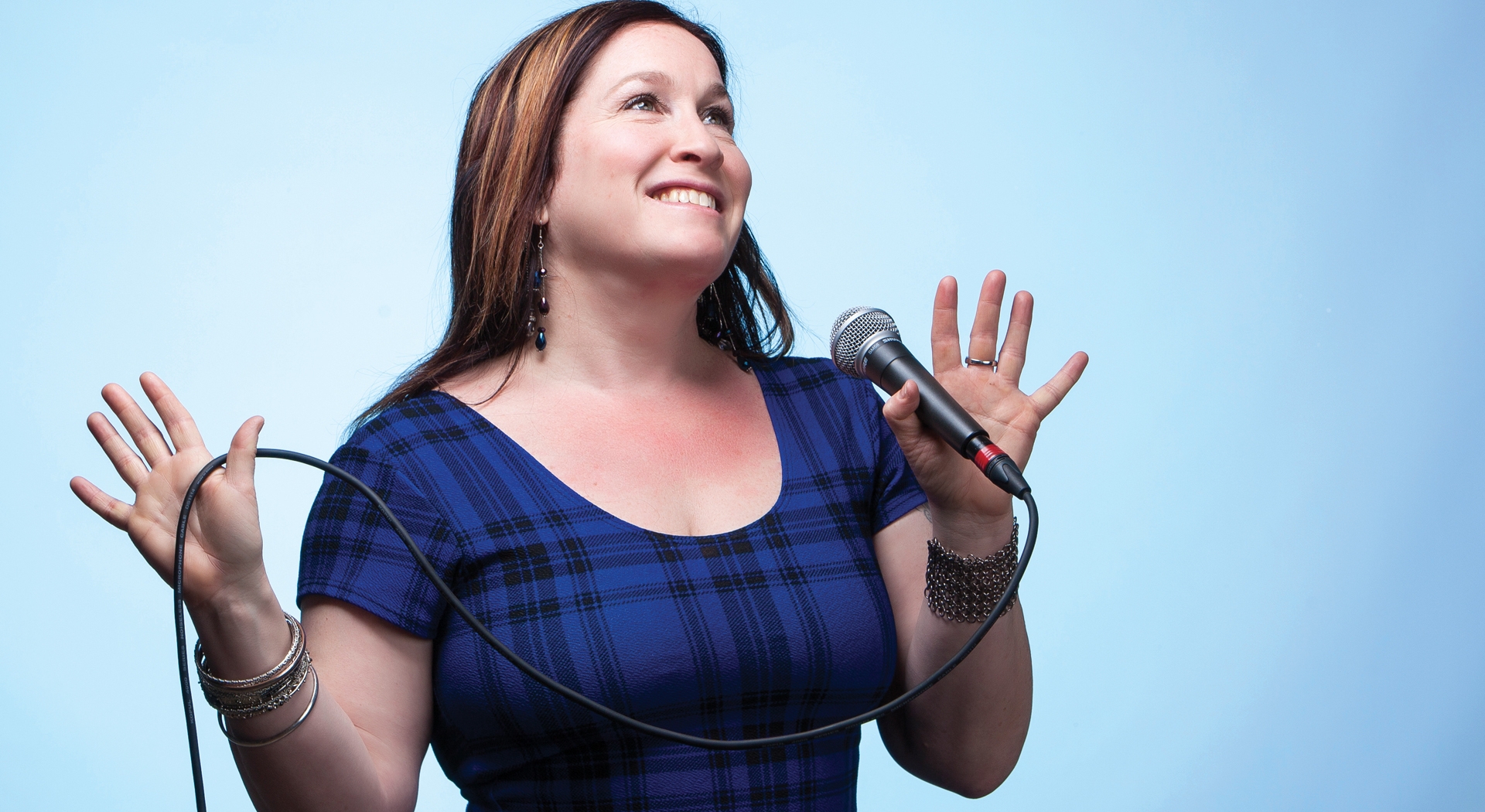 Hilarious, heartfelt, sometimes horrifying—life certainly isn’t boring. Here:Say, Traverse City’s live storytelling show, is sharing the good, the bad and everything in between.

Some stories will hit a nerve from your past. Some will be so far out they’ll seem unbelievable—yet too crazy to make up. It’s an audience experience unlike anything in Northern Michigan. October through May, Here:Say brings live storytelling to The Workshop Brewing Company in downtown Traverse City, connecting people through life’s many experiences. Founder and Creative Director Karen Stein shares more:

Is there a story that stands out from years past?

I don’t like to say “the best story was…” because they’re each different and powerful in their own way, but some are memorable because of the circumstances during the performance. The theme was Shock and Awe, and this woman told a story about winning the 2018 Ohio Lesbian Festival Arm Wrestling Championship. She entered it on a lark, and one by one was just taking people out. What was so memorable about this story—for one thing, her telling was hilarious—but the other thing was someone in the audience. Lots of people were cheering and invested in the story, but this one person was really cheering loudly. It turned out he knew someone who went to the same festival who had texted him, “You’re not going to believe what I’m seeing. This woman is just taking people down in arm wrestling.” The audience member had no idea this story was going to be told that night but had already known about it, in a way, through his friend. It was legendary to him. And that’s why you do live storytelling.

It’s true stories, not fiction, about something that actually happened to you. It’s not an observation or an analysis of an experience. Also, this is something you’ve already been able to process, it’s not something that happened three days ago.

What story theme are you looking forward to this season?

I’m especially excited about the December theme, Island of Misfit Toys. We all have those stories where we feel like we don’t quite fit in. Even the cool kids have those stories, it’s just so universal. I feel like it’s going to really resonate with a lot of people.

What would you say to someone who wants to tell a story but is nervous to perform it in front of people?

There’s a workshopping process, so it’s not like, “Hey, get on stage, good luck.” I help you get the story ready to be performed.

Here:Say shows are recorded and presented in podcast form if you can’t make the live performance. Get the podcast and upcoming performance dates at heresaystorytelling.com. They are always looking for new performers, too…

Things to Do in Traverse City