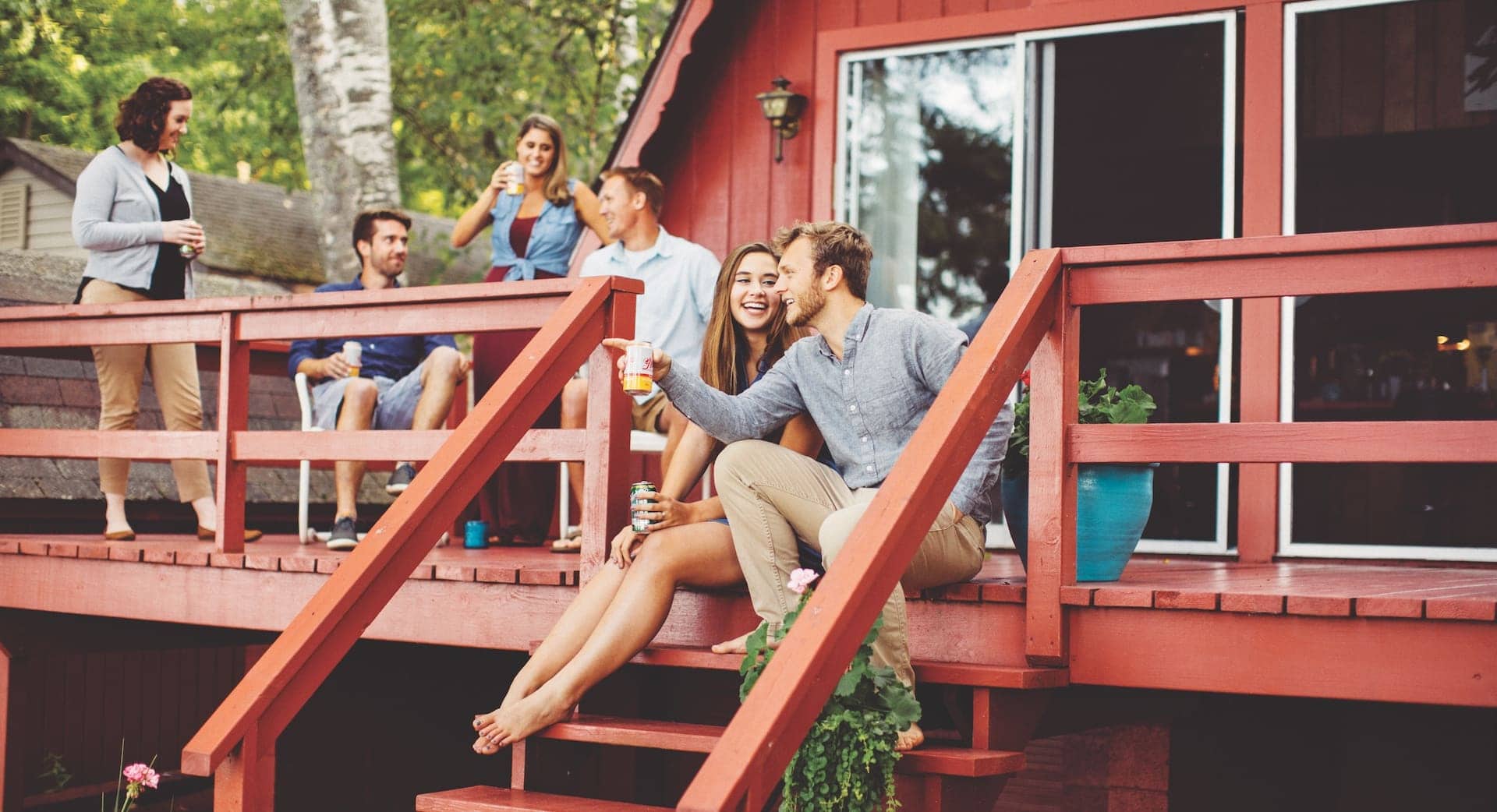 Gen Xers and Millennials may not have a ton in common when it comes to pop culture and worldviews, but when it comes to financial planning, they share some important similarities—a distrust of the traditional ways of investing, for one. And on the plus side: They both still have earning potential and time on their sides.

We picked the brains of some of Northern Michigan’s top financial planners with a thing for helping folks who need a nudge to get started.

When it comes to finances, “studies show that young people are looking for a guide when it comes to planning,” says Intentional Wealth Advisors’ Brian Ursu. “Not a robo advisor. These are important decisions, they want to trust, and trust is earned.”

And in short supply for this generation. “They watched parents lose jobs or a car or the family cottage during the recession, they’ve seen what debt did,” Ursu adds. “They learned a lesson, and they want to get out from under debt.”

Problem is, many younger people are overwhelmed—they’ve seen health care reformed dramatically, they’re looking at investments, dealing with student loans, and it’s all coming at them at once. “It’s like a patient coming into the ER and you’re trying to figure out what to deal with first. They are ascribing equal importance to all concerns, so they’re paralyzed.”

Ursu’s strategy is to meet with clients and prioritize: back-burner some issues, pull critical ones to the top of the list, then make a plan of attack. “When everything is equally important, people will do nothing. Once you can organize mentally for them where the priorities are, you see their shoulders drop; they can do it.”

What about their older brothers and sisters? “Gen Xers—and I’m one—felt we’d walk into the lifestyle our parents had when we graduated college. ‘Hey, I’d like to live on the bay because my parents did.’ I don’t think Millennials have that same burden of entitlement. They’re willing to work to get it done.” The advantage for Xers, however, is there’s a sense of urgency to them. “And that’s a good thing,” says Ursu. “The way we help them is to do a comprehensive financial plan and analysis.”

Retirement seems like a nebulous thing for younger people, so that’s where the analysis kicks in. Clients look at what they’ve done, what they’re doing and where they want to be. If those don’t align, you change the math—planning is, according to Ursu, just a never-ending exercise in story problems. The question is, how much are you willing to change the variables? “In order to make your plan work, you may have to put away five hundred more dollars a month, or work two more years, or you may have to sacrifice a little bit of your lifestyle at retirement and live on $80,000 a year instead of a $100,000. They are all solvable,” he says, “but without having that analysis, you’re flying blind. With a flight plan, you’re going to land.”

Look for Ursu’s book “Now What? A Practical Guide to Figuring Out Your Financial Future,” written specifically for millennials (or anyone who is becoming financially aware for the first time), to be released winter 2020.

In general, both generations have a mistrust in traditional ways of financially reaching a fulfilling retirement, explains Neil Witkowski, CEO of Isadore Private Wealth in Traverse City. “They don’t trust the stock market. And when it comes to saving, they’re a little behind the eight ball.”

Witkowski explains that Millennials in particular are struggling under the weight of staggering educational debt. “That is THE thing that is defining them. What makes it even more difficult is they aren’t getting the financial education at the high school and college level in general, so when they have to rack up all this debt, they’re having difficulty figuring out how to pay it off and refinance it.”

Their generational aversion to debt can push them to make unwise choices—some Millennials are so focused on paying down education debt that they don’t contribute to a 401k. “They miss out on employer matches—we’re talking about potentially a 100 percent return on your contribution. It’s a tremendous missed opportunity,” says Witkowski. “The other big one I’m seeing is they are taking out loans from their 401k. They see it as cheap financing. But if they terminate the job, that loan automatically goes into default, but the payback of that loan has to come from wages. So they are getting hit with early distributions—earned income tax and a 10 percent penalty. It’s a really expensive mistake.”

So, too, is taking the convenience of tech too far. While younger generations have responded well to easy-access, no-brainer budgeting apps like Mint and free stock-buying apps like Robinhood, they can come at a price. “What’s positive is these apps encourage financial engagement. But they can also create ‘hyper trading’—this constant tweaking and buying and selling that can make for emotional decisions; you miss out on the longer-term gains in the market.”

Gen Xers struggle more with wanting luxury items now—the vacation home, the SUV. They’ve worked harder and longer and want to enjoy life, Witkowski says. This approach to spending can put them behind the eight ball in a different way than Millenials.

But for both generations, he suggests the same answer: “Worrying about what could have been is a waste of time. Stop looking at the past and optimize what you need to do moving forward. The solution is getting real and taking an X-ray of your current situation and working with somebody with expertise but who also sees things from a different standpoint. There are always going to be trade-offs—you’re just going to have to balance the life experiences that you want now with the life experiences you want down the road.”

“Here’s what I love about this generation,” says Autumn Soltysiak of hemming& Wealth Management: “Gen Xers, who are hard at work mid-career, are questioning what retirement even looks like. They look around and ask themselves, ‘Do I want to power through on the same trajectory, or… what would it look like if I do something else?’”

One couple she works with are Gen Xers—two engineers without kids who have been really intentional about saving. They’re not quite 40, and with her help they quit their jobs to buy an RV and travel around the country. “Because they are focused on controlling their lifestyle, they were caught up in their savings goals and were able to step away from their careers to decide what’s right for them. It’s fun to see people being nontraditional with their paths.”

Another client has a stable government job but decided she didn’t want to pursue it anymore. “We put into place a timeline where she can phase out of her job and do something new, which is to go into property management full time,” Soltysiak explains. “Her rental income will go from a side hustle to a real income source in retirement.”

Retirement in general is a challenging concept for people who have worked so hard for so many years. “Most of our clients want to continue to do something that’s meaningful, and they’ve found they have skills that are in high demand—whether it’s consulting, mentoring, or working at a favorite gallery. It’s difficult to actually give up a paycheck because they have reached a point where their skills are rewarded. There’s also a social aspect to work that is really important. When we do our coaching, we say, what if there’s no income coming in, and most of them say, ‘I don’t want to do the schedule I’m doing now, but I still see myself working.’”

Soltysiak sees this re-thinking of work—and ensuring you enjoy it—to be really critical because the last working years tend to be the highest earning years, “So if you can find work-life balance and prolong retirement, that’s one of the most powerful savings strategies you can make.”