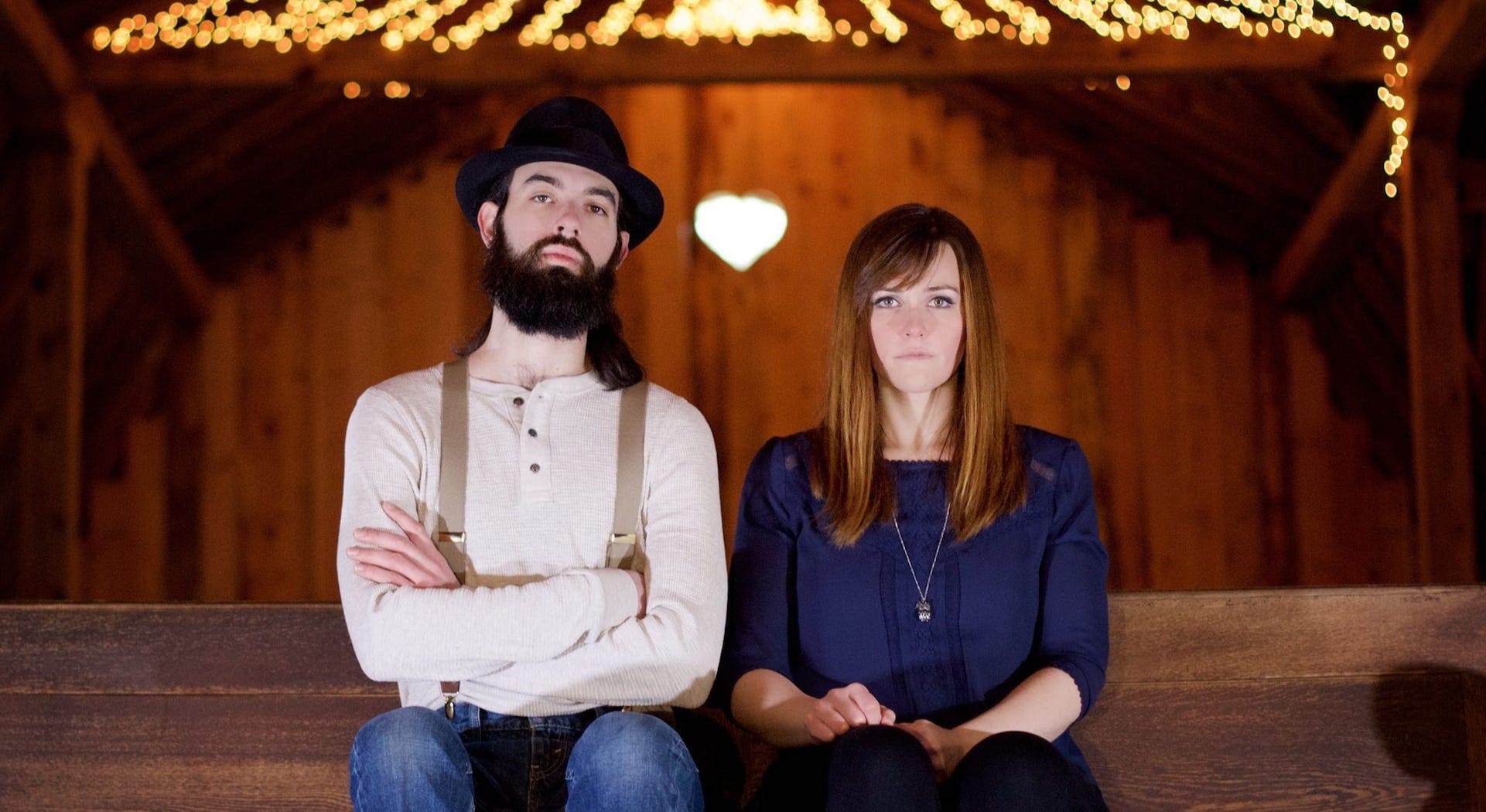 Gopherwood Concerts is a small non-profit group in Cadillac, Michigan, working to bring quality musical entertainment to northwest lower Michigan. The group is welcoming the band Escaping Pavement to its stage for the first time on Saturday, October 5.

Songwriting duo Emily Burns and Aaron Markovitz have always been adapting. The two Michiganders met as individual music makers in blues open-mic circles, then studied together in California and wound up taking to the seas to cover “Top 40 Hits” for a cruise ship’s dance hall. After that, they started a Southern rock-inclined, neo-country quartet, called Escaping Pavement. Most of their fans started finding them after 2014, when they kept their intrepid-sounding name but pared down to a duo. With just their voices, an acoustic guitar and a mandolin, they wrote and recorded an album, The Night Owl, that was heavy on melody-slung Americana and rollicking, twangy ballads. Now, they’re adapting again, this time as Road Warriors (the title of their new EP).

Since 2012, through their music and their lifestyle, Burns and Markovitz have extolled the restorative principals of “escaping the pavement.” Fueled by the graceful grit and fiery energy of their acoustic guitar, mandolin and swooning harmonies, the intent was to integrate the uniquely holistic qualities of folk, roots and Americana music as a way of accessing an elemental peace of mind that’s always quietly waiting for us out there in the wilderness. While they developed their sound over two prior and very distinctly arranged albums, they tried to emphasize the splendors of unplugging every once and a while and taking in the outdoors—be it parks, trails, beaches, woods or mountains.

Now as “warriors,” they’ve found they’re not defined by battles, so to speak, but more so by bravery. Sure it’s a brave step for these songwriters to dive in 100% and begin adapting to road-life, but if they both feel braver, or perhaps more enthused, it’s because of all of the people they’ve gotten to meet and share time with.

The idea of a “home” for musical road warriors is ever-changing. But the question of what a “homecoming” might mean, is a more ponderous and amorphous concept that Burns and Markovitz mine to full poetic potential with the songs on their new EP. The intention, and really the lifestyle, now, is to remain as adaptable as ever, and to always be “finding” rather than “searching.” The only certain destination: Escaping the Pavement.

Get tickets to see Escaping Pavement live on Saturday, October 5 at MyNorthTickets.com.