Sneak Peek! Home #6 on the Petoskey Home Tour is on the Sunrise Side of Torch Lake 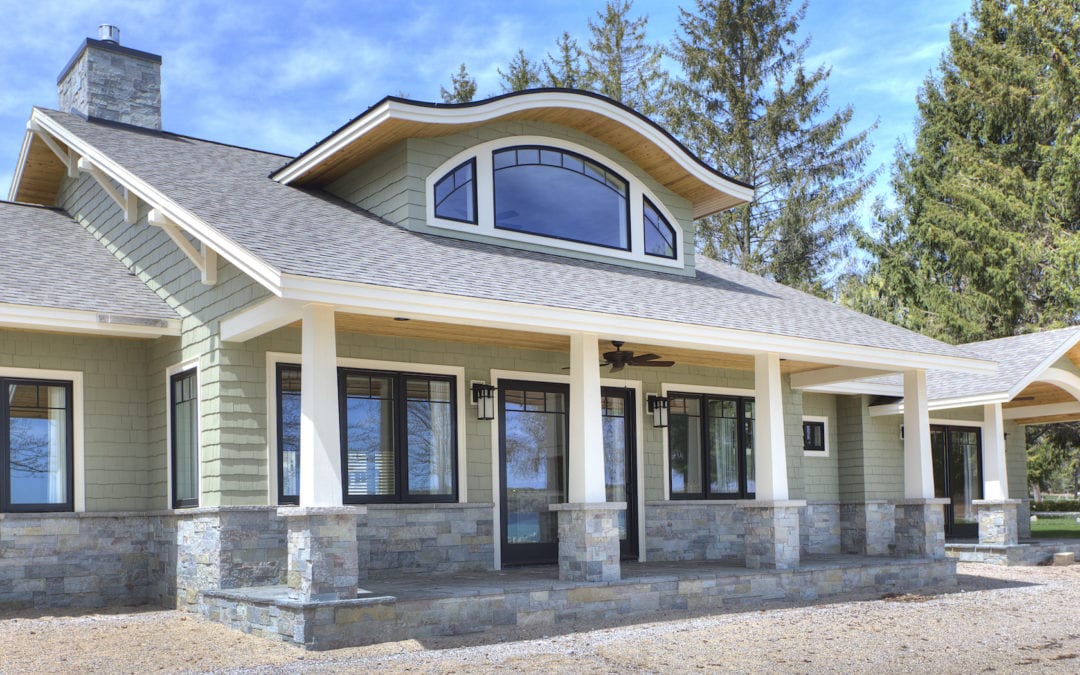 So how has MyNorth’s Petoskey Area Home Tour shaped up? One word: Amazing. Here’s a look inside Home #6. See more on September 14.

Almost any story involving Torch Lake starts out with a love story and this one is no exception. Robin and Bruce Insalaco first met and fell in love with Torch Lake when they visited a friend who was director of Camp Hayowenta, the YMCA camp that is located on the lake. Only in their 20s back then, they made a promise to themselves that someday they would settle on the lake.

Bruce’s career took them all over the world and finally to Texas. But in 2012 on a trip North, they decided it was time to launch a serious search for their dream Torch Lake property. The first piece they looked at was on the lake’s west side—known locally as the sunrise side, as opposed to the east side of the lake that is known for its sunsets.

The couple liked it. As Robin says, “We are morning people. We love the sunrise.” But back in Texas again, they weren’t sure they were ready to commit and passed up the property—and it sold soon after. The next year they resumed their search, and driving around the lake they passed that piece. “I really regret letting that one get away,” Robin told the Realtor.

“Guess what, it’s back on the market,” he told her. The kismet couldn’t have been more obvious and before long the Insalacos were owners of the property that included an older home and garage.

Sneak Peek! Home #5 on the Petoskey Area Home Tour is on Torch Lake’s Sunset Side 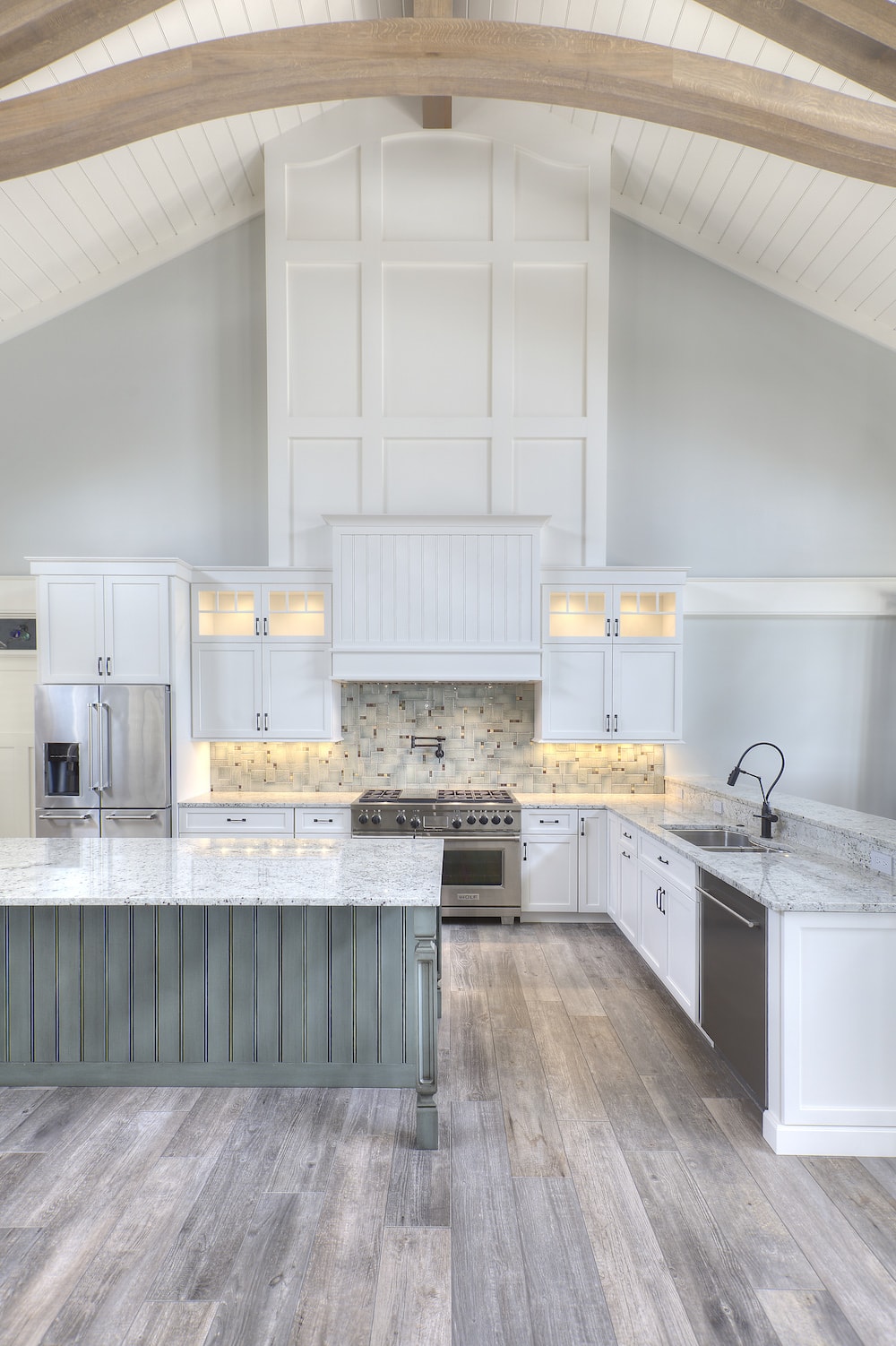 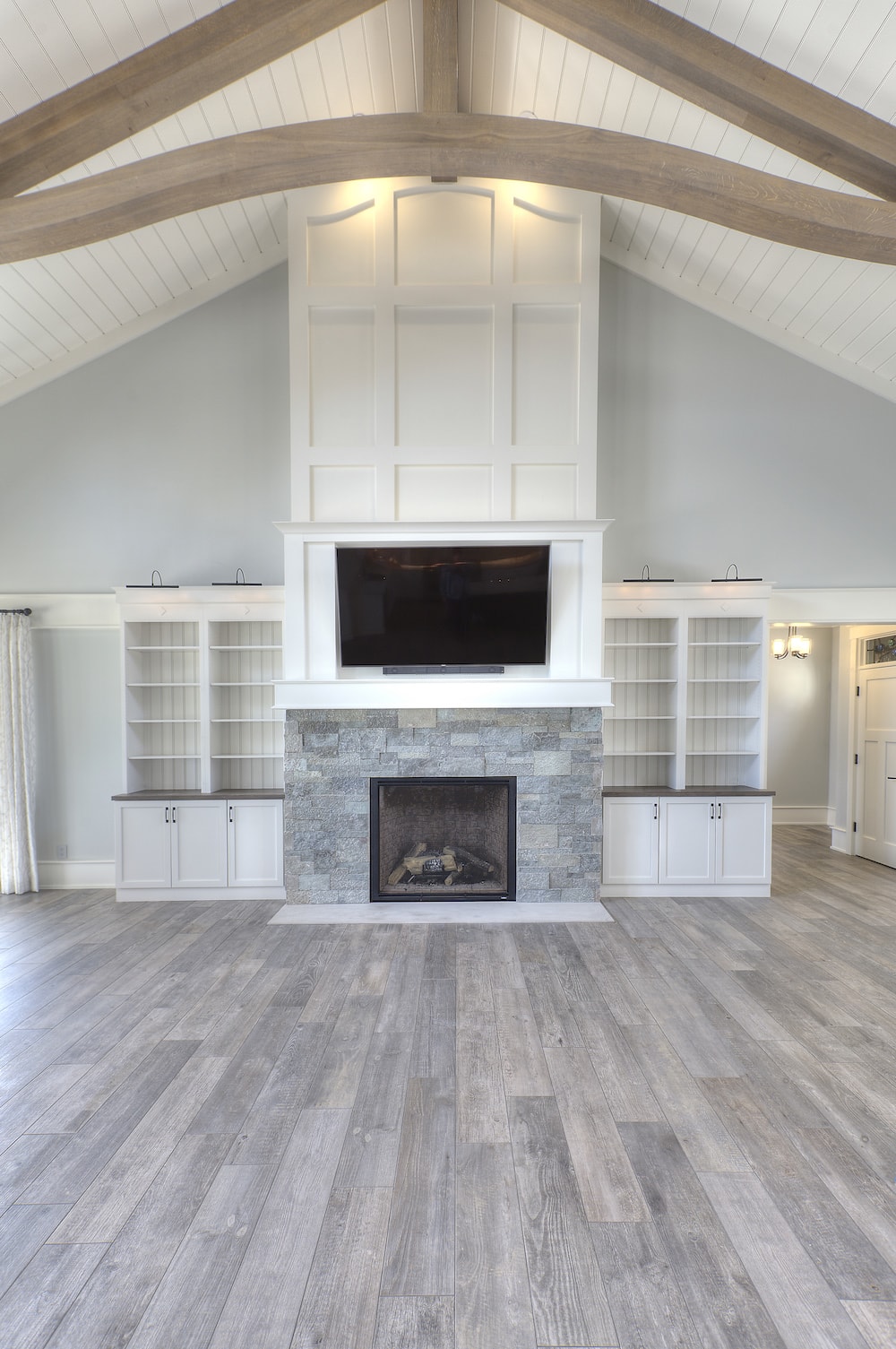 Robin knew essentially what she wanted in a home: A simple, one-story that wasn’t large, yet was filled with fine craftsmanship. Not sure whether they should renovate the old home or not, they took their ideas to Steve Thomas with Thomas Building Design in Elk Rapids. After he heard their desire for a home filled with fine craftsmanship, he sent them to Aaron Draper of Draper Construction who is known for his quality construction and artistry in wood.

After evaluating the home and garage, Draper told the couple the home wasn’t worth salvaging but the garage was. They decided to begin by converting the garage into an attached guest wing in which they would live while they built the main house. 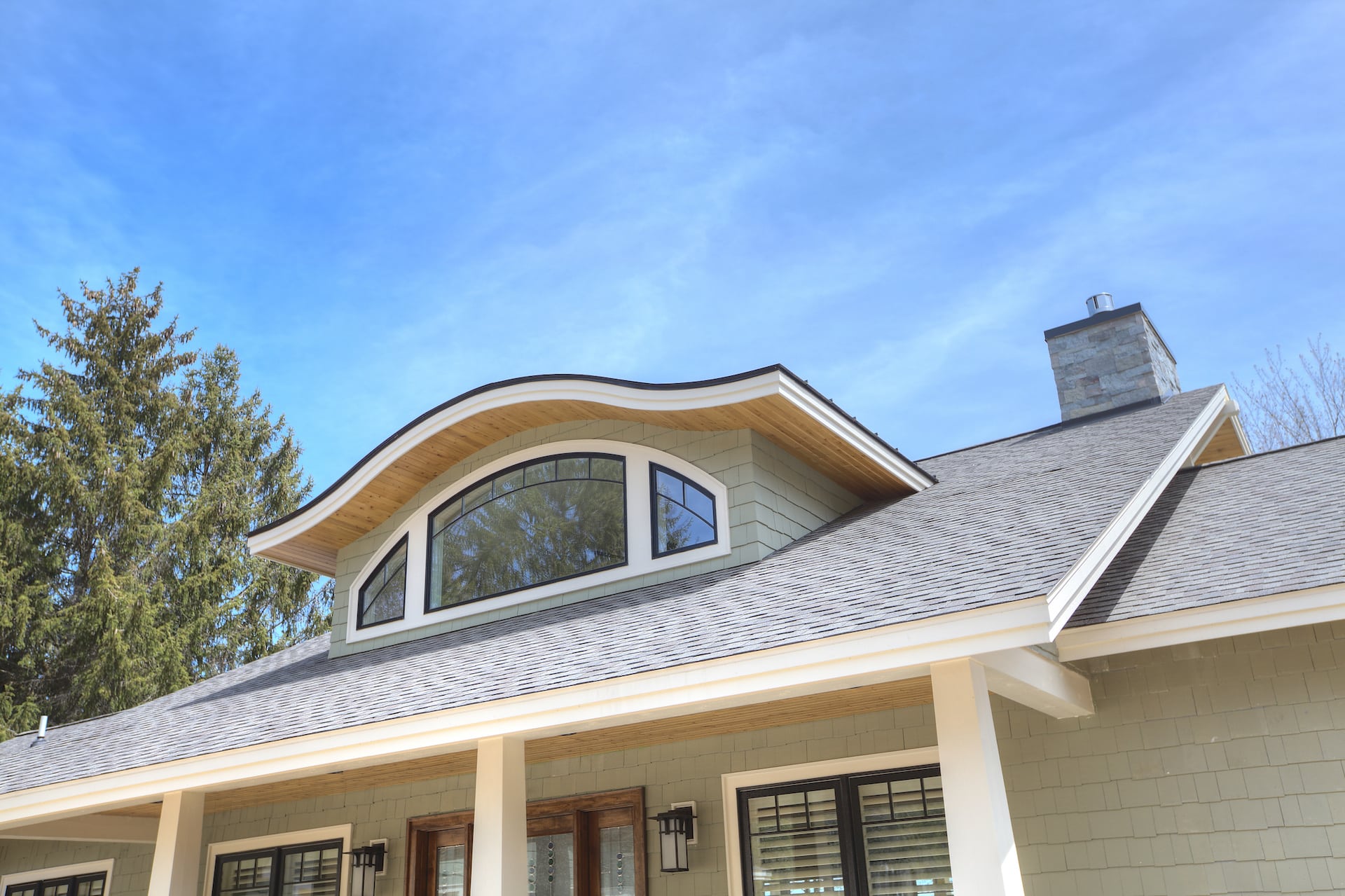 That proved to be a wise move, giving the couple time to get to know their property and decide where to situate the main house. When they were ready to begin the house, Draper brought Angela Goodall and her team from Kitchen Choreography onboard. This is the third home the build-and-interior design team has had on our annual Northern Home & Cottage Tour—and each one has been a unique show-stopper in terms of craftsmanship and design.

Once again, the Draper/Kitchen Choreography team doesn’t disappoint. You will find this most recent project has a light cottagey feel with the same attention to detail and fine craftsmanship throughout.

Stunning features abound in the home, from the soaring beams arching across the great room, to built-in shelves and—the pièce de résistance—15 stained-glass transoms and two front door panes (in shades of Torch Lake blue), fabricated by the artisan Guido Goldkhul. Goodall often works with Goldkhul, designing the general concepts with her clients, while he executes each as an individual piece of art.

Crafters won’t want to miss the custom fold-out quilting table designed by Kitchen Choreography and built for Robin—that yes, that can be rolled to face the inspirational Torch Lake view.

You’ll see six incredible homes on the Petoskey Area Home Tour. Get your tickets at MyNorthTickets.com. 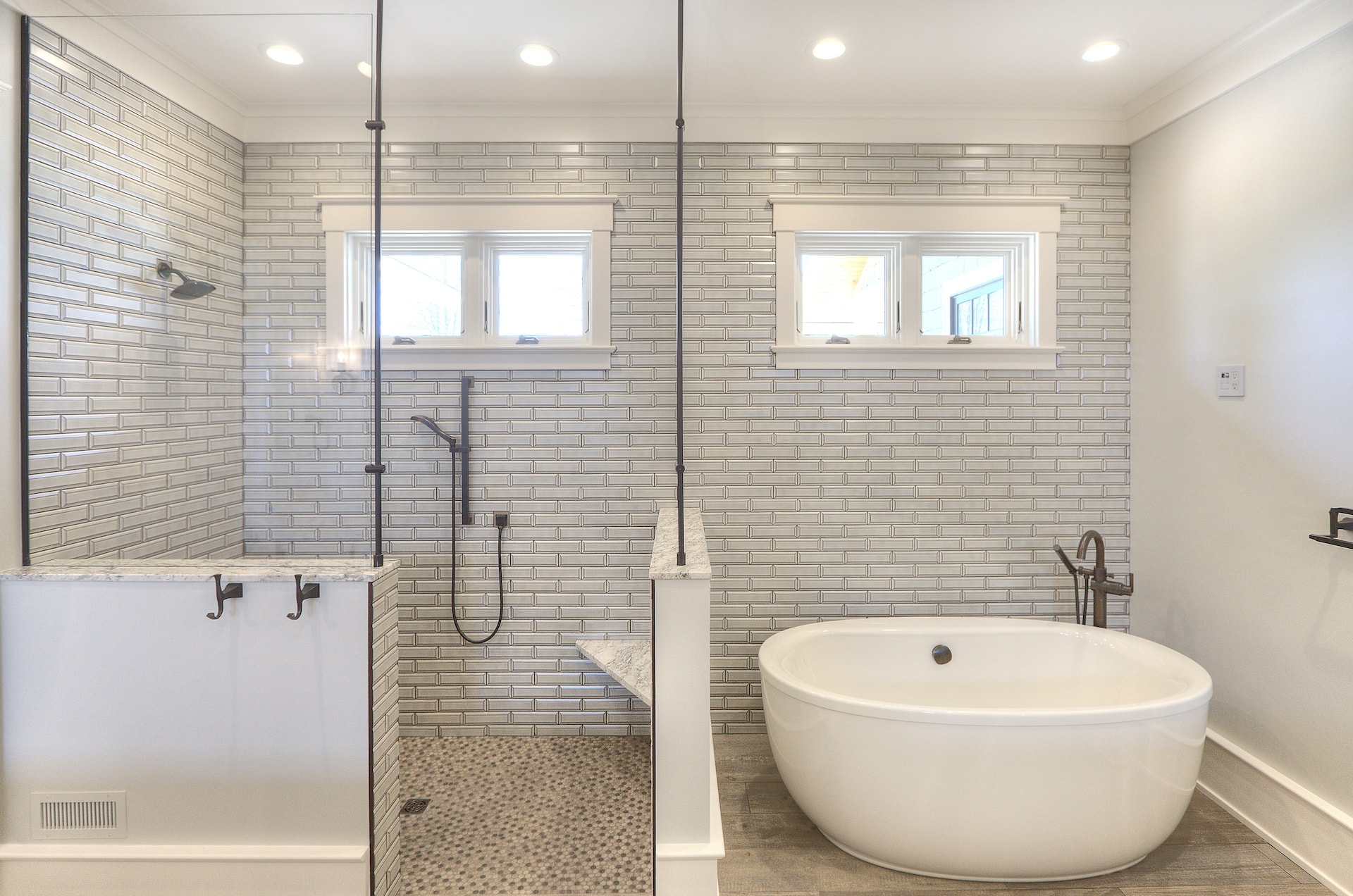