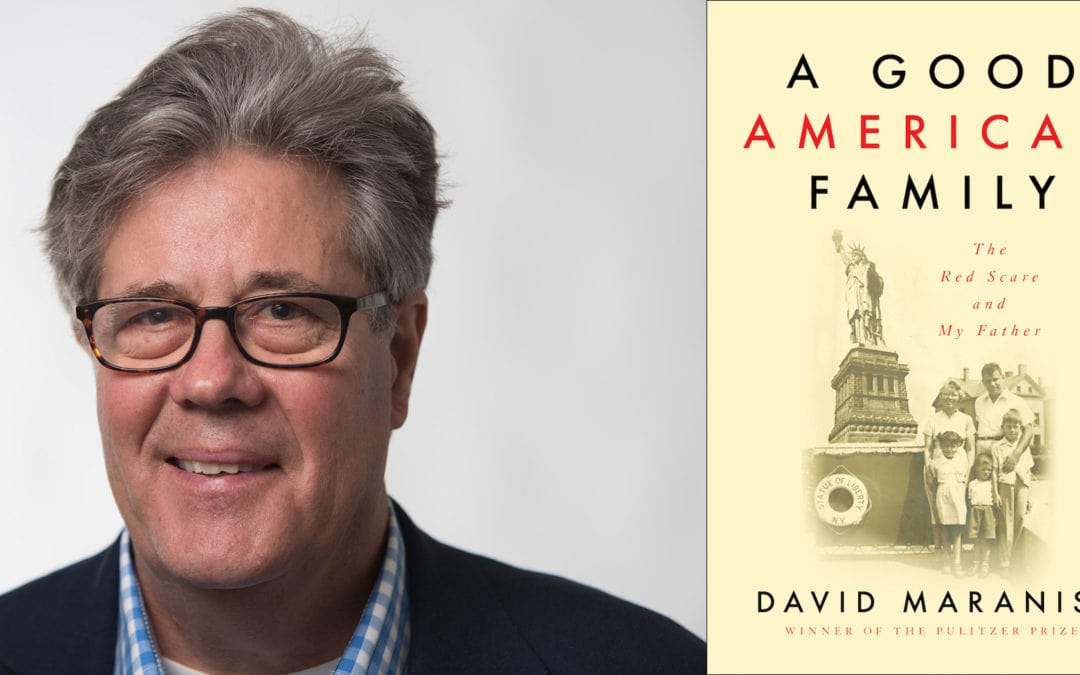 The National Writers Series in Traverse City welcomes bestselling author David Maraniss to the City Opera House on September 5. We caught up with David before the event (ticket information here).

David Maraniss comes from a clan where the ink runs thicker than water. “My grandfather was a printer, and my mother was a book editor,” he says. “[Writing] is in my blood.” But it was his father, Elliott, a newspaperman, who truly affirmed his affinity. “When I was about 15, and feeling mostly inadequate in a family where my older brother and sister were both brilliant academically, my father introduced me to a friend with the words, ‘This is my younger son Dave. He’s going to be the best writer of us all,’” Maraniss says. “I don’t know why he said it, but it was an unexpected inspiration. I knew from then on that is what I wanted to do with my life.”

Even with 12 full-length titles to his name, Maraniss still makes a point of writing like a wireman. “I often talk about the notion of freedom through discipline,” he says. “The idea is that once you are grounded in the fundamentals, then you can find the freedom to do what you want in the way you want. My experience in newspapers gave me the fundamentals in researching, interviewing and writing that led to the freedom to write the books I want to write in the ways I want to write them.”

The veteran journalist, author, and three-time Pulitzer Prize finalist, Maraniss has spent much of his esteemed career elbow-deep in the lives of others. Maraniss has multiple biographies under his belt—books on Bill Clinton, Vince Lombardi, Barack Obama and Roberto Clemente come immediately to mind.

His own family, however, was another story entirely. “I probably knew more about [my subjects’] family histories than they ever knew,” Maraniss says. “But, what did I know about my own? That question started to obsess me.” In the early ’50s, Maraniss’s father, a WWII veteran who had previously commanded an all-black company in the Pacific, was called before the House Un-American Activities Committee, classified as a communist and fired from his job at the Detroit Times. “It was not a subject that my parents talked about with any specificity,” he says. “After they were gone, I realized that I had to find the answers.”

In his most recent release, A Good American Family: The Red Scare and My Father, Maraniss turns the clock back nearly a century to spin his father’s spiel through the eyes of his inquisitors. “I had [already] written a trilogy based in the 1960s—Rome 1960, Once in a Great City and They Marched into Sunlight—and now I was moving back in time to study the period from the 1930s to the 1950s,” Maraniss says. “I put the story in the context of the Red Scare era.” The result is a sweeping, multi-decade biopic wherein Maraniss uses his own family tree as a framework to define the meaning behind ‘being an American.’ Safe to say, he found those answers.