“C.S. Lewis Onstage: The Most Reluctant Convert” at Great Lakes Center for the Arts 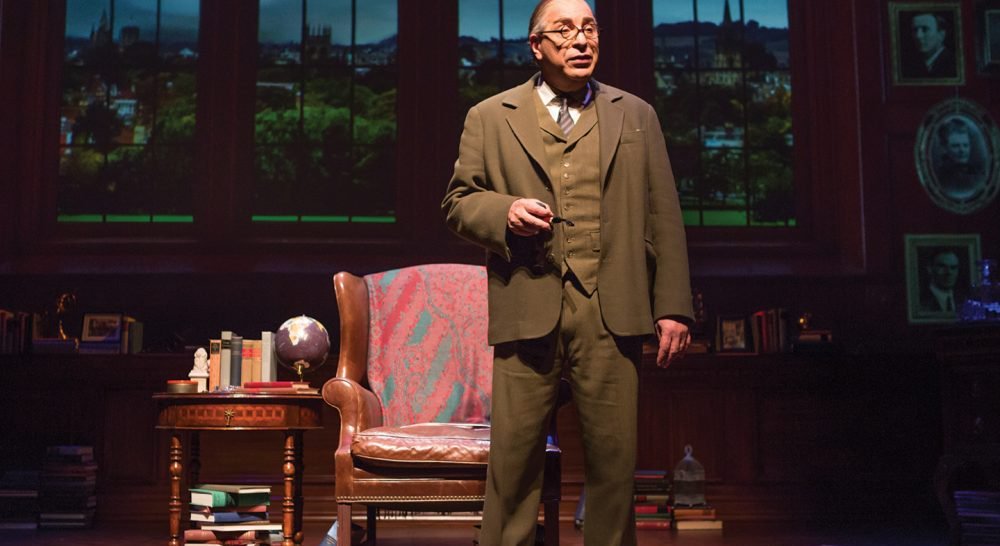 Fifty-four years after his death, C.S. Lewis’ books are more popular than ever; The Times of London ranked him 11th on their list of the 50 greatest British writers since 1945. In his day, his lectures on medieval and Renaissance literature made him the most popular professor at Cambridge and Oxford (he served on faculty at Oxford alongside his close friend J.R.R. Tolkien.) His famous book series The Chronicles of Narnia collectively have sold 100 million copies in 47 languages and enchanted generations of readers around the world, and the other two-dozen books he wrote have also sold upwards of 100 million copies.

Lewis is arguably the most influential spiritual and religious writer of the past century. “He had one of the great minds of the 20th century,” McLean says, “and he applied his formidable wit to engage audiences about his own experience of converting from atheism to faith.”

For Lewis, this was not an easy journey. As a child, he lost his mother to cancer, had a strained relationship with his father and was extremely clumsy with his hands. His worldview was that “the universe in the main was a rather regrettable institution.”

In C.S. Lewis Onstage, adapted from Lewis’ writings, McLean inhabits Lewis from the death of his mother and his estranged relationship with his father to the experiences that led him from vigorous debunker to one of the most vibrant and influential Christian intellectuals of the 20th century. As a result, C.S. Lewis Onstage is a joyous evening of Lewis’ entertaining wit and exhilarating insight.

Heidi Weiss in The Chicago Sun-Times called it “an exercise in questioning the very essence of what it means to be alive … bristling, provocative, highly entertaining and highly recommended!” The New Yorker said the show makes Lewis “intriguing company.”

McLean is founder and artistic director of New York City-based Fellowship for Performing Arts, which produces theatre from a Christian worldview meant to engage diverse audiences in leading performance venues. These include the acclaimed recent off-Broadway revival of Robert Bolt’s A Man for All Seasons, the first New York revival of the Tony-nominated Shadowlands, Genesis, Mark’s Gospel (Jeff Award), Martin Luther on Trial, The Screwtape Letters and The Great Divorce.

C. S. Lewis Onstage has been presented in Chicago, San Francisco, Boston, Washington, D.C., Seattle, Minneapolis as well as major campus such as Brown, Princeton and UC Berkeley, among many other stops.