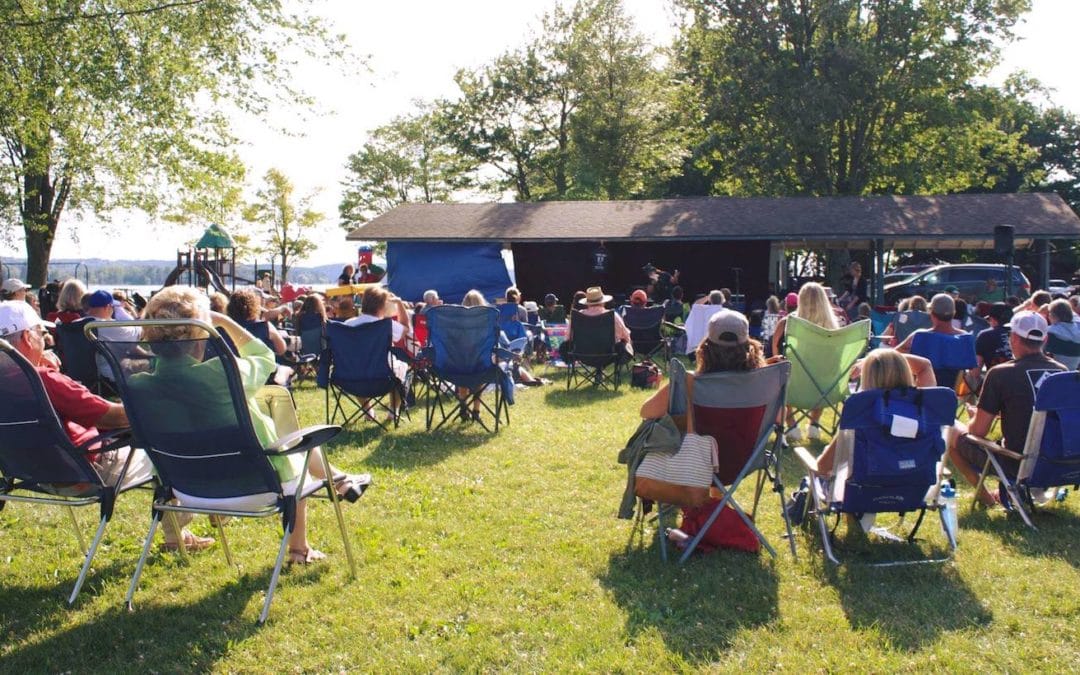 The Rockin’ Magic of renowned magician Michael Trixx will return to the main stage at the Onekama Village Park on August 5 at 6 p.m.

Trixx and his legendary, award-winning magic have appeared throughout the nation, before a U.S. President and their family, on America’s Got Talent and, of course, at the iconic Lorelei Cabana Bar and Restaurant in Islamorada in the Florida Keys.

“My first appearance in Onekama was awesome,” Trixx says. “From the dozens of kids who had first row seats to the parents, grandparents, visitors and businesses, we could not have felt more welcome, and the response to our show was just tremendous. Onekama has its own magic feeling!”

With the rock n’ roll theme adapted from the days when Trixx was a musician, the magic show is a fast-paced, bedazzling experience that includes doves appearing from thin air, levitation and do-not-try-this-at-home magic with fire. Trixx adds in stories about how he became a magician and his early years as a musician who played on the streets of Cape Cod to make a living.

The performance is free, hosted by The Glenwood, the Portage Lake Association and Portage Point Inn. It will precede the regularly schedule Concert in the Park that will begin at 7 p.m.

“We’ve taken many Onekama area residents to Michael’s Magic Show in the Keys,” says Glenwood owner Donna Ervin. “All are amazed by his magic, and every show is packed with people of all ages looking for a good time.”