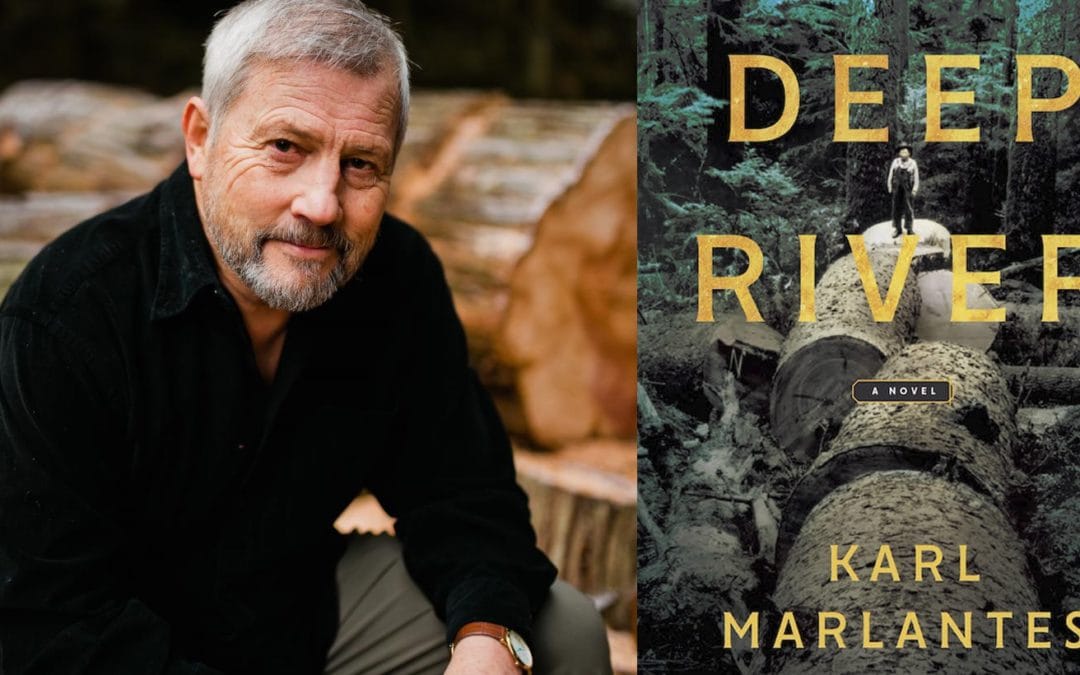 The National Writers Series presents An Evening with Karl Marlantes at the City Opera House in Traverse City on Sunday, August 11. The Northern Michigan event starts at 7 p.m. with doors opening at 6 p.m.

Karl Marlantes has never not been a writer. He’s only been published, however, for about 10 years. A decorated Vietnam War Veteran and Oxford University Rhodes Scholar, Marlantes spent a staggering three decades on his debut novel, Matterhorn, prior to its publication in 2010. Fast forward nine years, and Marlantes is a New York Times bestseller several times over, an essential voice in the world of war literature and, as of early last month, a bona fide bard. And it all began with a dream diary.

“I used to write down my dreams when I was 8 years old or so,” Marlantes says. “So, my parents bought me a diary. Then, when I was about 10, I decided I wanted to read what I’d written when I first got my diary, and this mortality just hit me, this passing of life—the fact that I would never be able to redo whatever day it was. That was the [first] moment that I can remember where writing was really significant in my life.”

It’s precisely that mortal mindset—and the idea of composition as conservation—that drives Marlantes’s newest novel, Deep River. In it, we follow the three Koski siblings—Ilmari, Matti and young Aino—across the ocean, as they chase the charm of the Homestead Act from their 19th-century Finland home to the “New World” in southern Washington. “My grandmother and her brother were immigrants around 1900 from Finland,” Marlantes says. “They all had very different attitudes about life—she was communist and an IWW member. She told me stories that intrigued me, and I wanted to try and capture that.”

A narrative reimagining of the traditional epic poem, Deep River takes its roots in Marlantes’s own upbringing in rural Oregon, and extends to the edges of Old Norse mythology. “When I was at Oxford, I took a class called Old Norse Poetic Fiction. There, I started to read Old Norse sagas—these Icelandic stories from the 8th, 9th and 10th centuries—and I started wondering what it would be like to write a saga about immigration to the Pacific Northwest and went for a bit of that.”

But, it’s the similarities between his fictional characters and his own Finnish relatives that, in Marlantes’s own words, grounds readers on the rocks of reality. “It’s really weird to think that those immigrants were facing exactly the same things we’re struggling with today,” he says. “That was 100 years ago! It’s the same argument, the same responses. Either history repeats itself, or we just never figure out how to work these things. All that got melded into a novel.”

So, what can we expect from Marlantes over the next three decades? The real question is not what, but which. “I don’t have any problem with knowing what to write,” Marlantes says. “I have four or five novels stacked up [in my head] that I want to write. My problem is, will I live long enough to get them out the door?” Script settlements aside, Marlantes is still just as staunch in his motivations as that 8-year-old with a dream journal: “You have to have some faith that you’re writing for more than just trying to get rich and famous,” he says. “You must do it because you love it.”