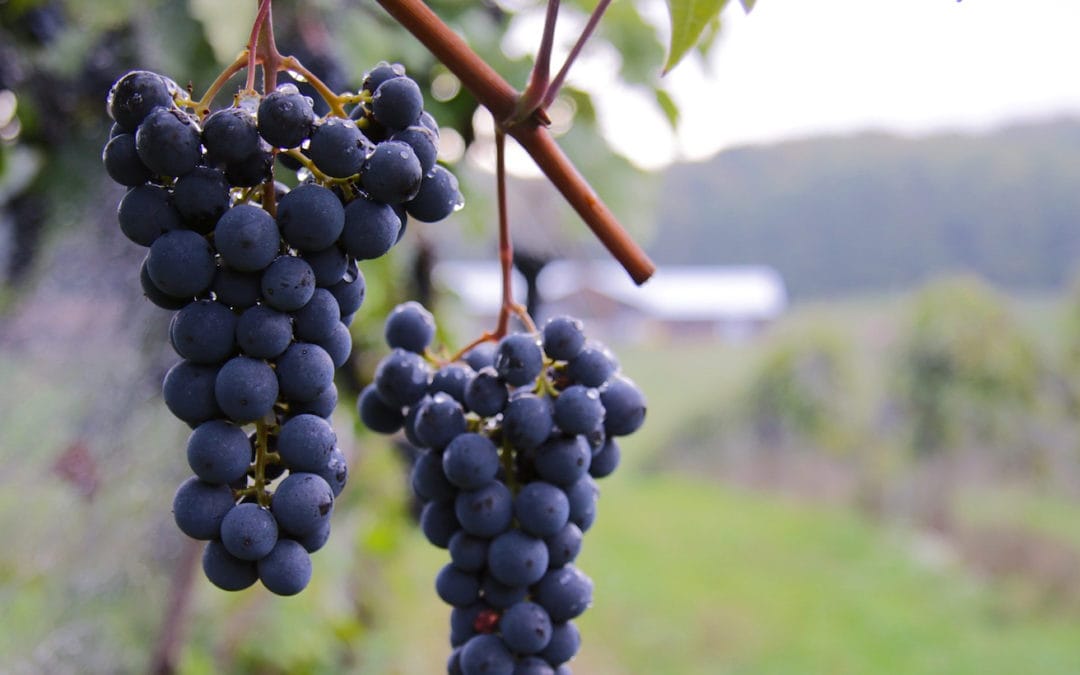 Discover the rich, robust grapes that thrive in the Petoskey Wine Region. (Plus why you need wines crafted with Marquette grapes in your life!)

The odds that an experimental grapevine will become a named grape varietal is roughly 1:15,000, says Drew Horton, enology specialist and research winemaker at the University of Minnesota’s Grape Breeding and Enology project.

The odds are perhaps even higher that a wine grape ends up so versatile, so resistant to cold and mildew and also so tasty that it becomes a favorite with both wine growers—and wine drinkers. The red wine grape Marquette, you might say, has really beaten the odds.

“Over the last five to ten years, Marquette has been the most popular University of Minnesota grape,” Horton says. “Certainly, it’s been made in the greatest variety of locations. It’s been planted in Maine, Montana and every place in between, and it is starting to get recognized not just by local wine competitions but by national and international competitions.”

This “it” grape has made the pages of publications from Bon Appétit to the Wall Street Journal; it’s also flying off Petoskey area tasting room shelves in the form of dry reds, a rosé which is tasty when chilled or at room temperature, and even a rich ice wine.

What sets the Marquette apart is both taste and versatility that seem to please every palate, notes Josh Morgan, winemaker at Petoskey Farms Vineyard and Winery.

“This is a hybrid in the truest form, and it makes really good wine. As we start entering more competitions, sending our Marquette wines to Wine Enthusiast for scoring, you’ll see more of the larger wineries across the country start to take it seriously, too.” 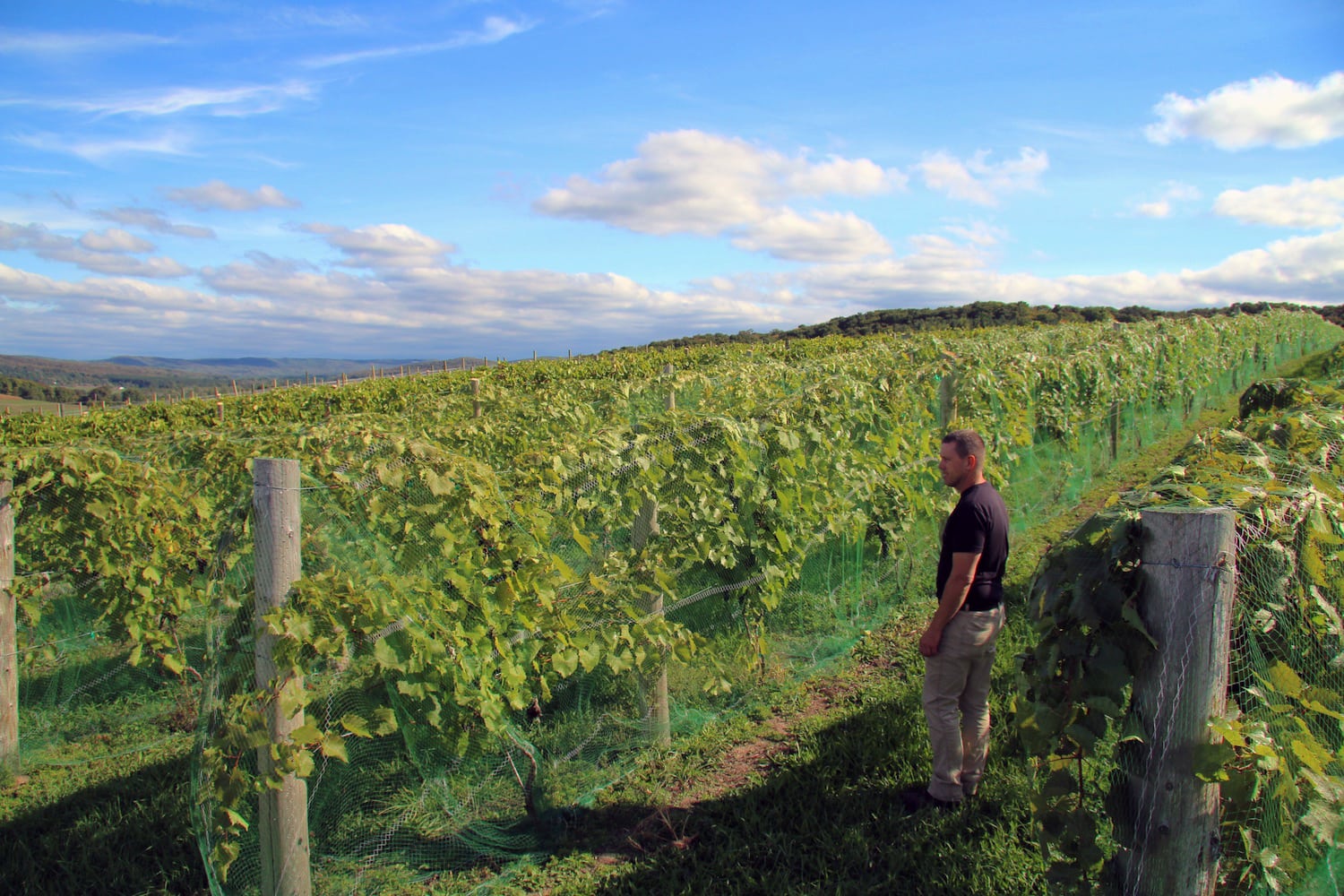 Marquette is one of nine hybrid wine grapes developed at the University of Minnesota’s Horticultural Research Center (where thousands more vines are vying for such recognition). The center is located 30 miles west of campus on land originally used solely for the popular apple-breeding program that developed the Michigan market favorite Sweet Tango. What the university is trying to do with grapes—and by all accounts, has done—is push wine grape growing further north in latitude by breeding varietals hardy enough to survive the world’s harshest winters, i.e. Minnesota’s.

Winemakers are experimenting with Marquette grapes grown in Northern Michigan, North and South Dakota, Vermont and Maine, even northern China, Finland and Alaska.

“But there are 10,000 winemakers making 10,000 Chardonnays,” he says. “When I read about these new grapes, my thought was, ‘How often to you get to be among the very first generation of people to work with these new grapes?’ That wakes me up and gets me to work every day. We are pioneers.”

Get the free Petoskey Wine Region Passport for your next wine tasting adventure. 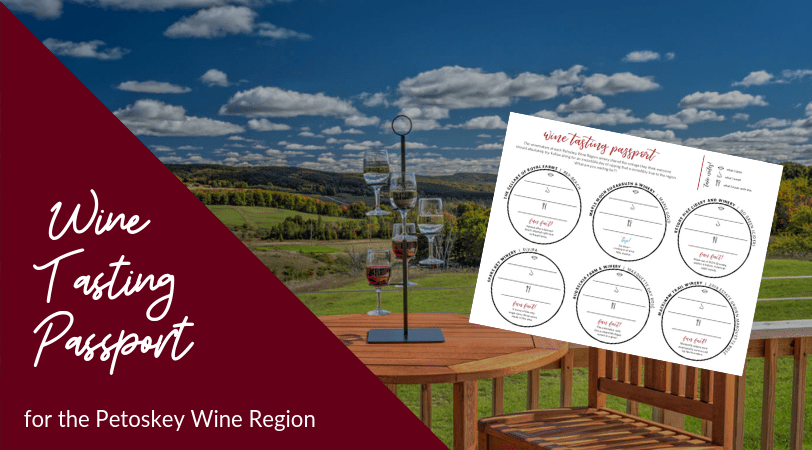 The same sense of adventure in working with grapes like Marquette, La Crescent, Frontenac and Itasca—all developed at the Minnesota research center—has drawn winemakers like Dustin Stabile, operations manager of Mackinaw Trail Winery and Brewery, to stay and work in the Petoskey area. Stabile heads the Petoskey Wine Region and says if Michigan were ever to dub a single grape its signature, he’d argue it should be Marquette.

“It’s really taking off in the state,” he says. “Cabernet Sauvignon we’ll always struggle with, but with Marquette, we don’t have to worry about winter damage. It ripens easily, and it’s more disease resistant.”

Josh Morgan, winemaker at Petoskey Farms Vineyard and Winery, says he’s still experimenting. He recently won a double gold for Marquette at the recent Indy International Wine Competition for a wine he’d previously entered and was more successful after time in the bottle. From that discovery, he’ll allow the next batch to barrel age, he says. Such experimentation, often done collaboratively with other winemakers on the trail, is much of the fun.

“What Dustin and Matt [Killman of Walloon Lake Winery] and I will talk about is that we’re pioneering something new, and it’s exciting,” Morgan says. “We’ve made really good vinifera. What can we do with this?”

The cold-hardy varietals are being developed from vinifera—common European wine grapes that have for centuries been the chief source of “Old World” wine—joined scientifically with a native grape that grows wild in the Upper Midwest. The vinifera brings that taste, the wild grapes the cold tolerance and disease resistance. In the case of Marquette, the vinifera parent is pinot noir, and it has many resulting descriptors in common, though not all. Of the 12,000 experimental vines cultivated over 12 acres, just one had the right combination of genetics that produced the perfect combination of advantages from each “parent,” Horton notes, and received an official name as a new varietal.

Depending on where it’s grown across the world, Marquette wines might have cherry, plum, blackberry or mulberry characteristics, Horton says. Some have an earthy taste reminiscent of damp soil or rain in a forest. While often bold and intense, Marquette can be made into delicate rosé wines as well. Climate is everything to the resulting taste—that “terroir” combination of soil, temperature, precipitation and wind. While the grapes thrive on sandy, gravely hillsides like those found across Northern Michigan, the sweet spot winemaking style is likely yet in the grape’s future.

“Keep in mind people in Burgundy and France have been playing with pinot noir for over 1,000 years. They know everything there is to know about how to grow it, how to make wine from it. Marquette was only released in 2006, and people have only been playing around with it for 13 years.”

Petoskey makers, by experience that’s been borne out by awards, are finding Marquette and Michigan to be a pleasing match. As made across the Petoskey Wine Region, Marquette tends to have dark fruit characteristics, plum and dark sweet cherry in aroma and flavor. Many describe it as jammy, Morgan says, like a rich plum jam.

While pinot noir can exhibit similar fruit characteristics, it’s important not to expect a pinot when taking a sip, he says. Marquette has its own distinct personality, and what it brings to a bottle is part of the fun.

Kim Schneider is a long-time travel writer specializing in Michigan adventures, food and wine. The Midwest Travel Journalist Association has named her Mark Twain Travel Writer of the Year, and she’s the author of the recently published book, “100 Things to Do in Traverse City Before You Die.”