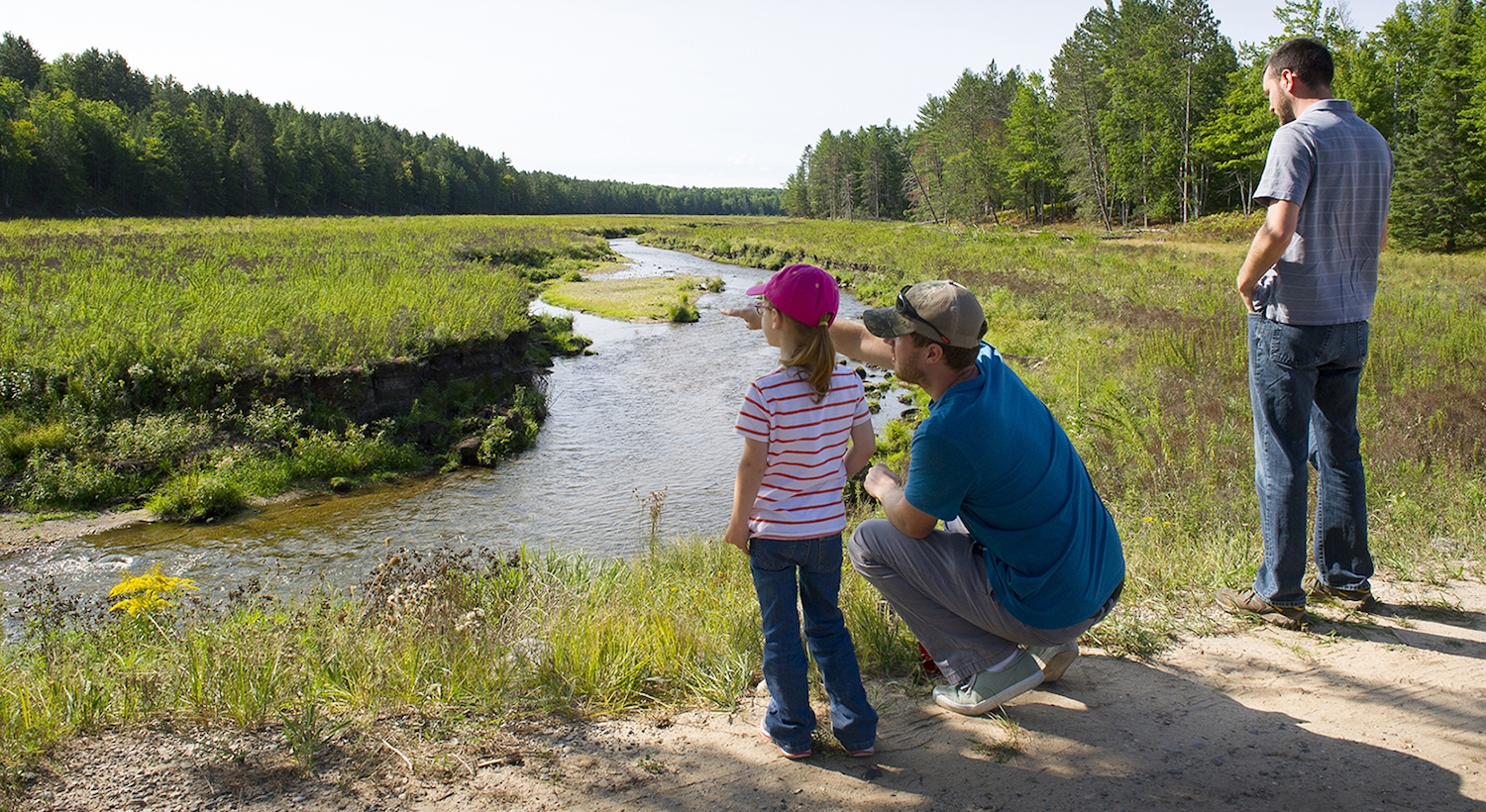 Ernest Hemingway—while recovering from being wounded serving as a Red Cross ambulance driver on the Italian front during World War I—said of Michigan’s “Pine Barrens” east of Vanderbilt, “That Barrens Country is the greatest I’ve ever been in.”

A hundred years later, we call the place where Hemingway loved to fish and camp Pigeon River Country. Thanks to the passion, work and stewardship decisions made by many people over the decades, it remains an extraordinary outdoor treasure.

At 107,600 acres, Pigeon River Country is the largest block of contiguous undeveloped land in Michigan’s Lower Peninsula. (It’s half the size of New York City—12 miles wide and 20 miles long.)

This is a forest where logging, hunting, camping and horseback riding occur, and yet still a “Big Wild” in some places where the filled only with the sounds of nature.

The 100-year history of the Pigeon River Country is told in the forest’s Discovery Center, opened a year ago by a group of dedicated volunteers. The interpretive center is housed in a historic home that was used as a residence for the forest supervisor until the early 2000s.

“We knew we wanted to tell the history, because the history is so important,” says volunteer Sandra Franz, who was on the committee that brought the Discovery Center to life. “We also wanted to inform people who come out that it’s not a state park. It’s a state forest, and here’s what makes the Pigeon River Country unique as a state forest.”

One of those things is the elk herd. Many people visit hoping to see elk and hear their bugle-like calls. The Pigeon River Country’s rich history also makes it unique, while tying into the overall fabric of Michigan’s lumbering and natural resources heritage. 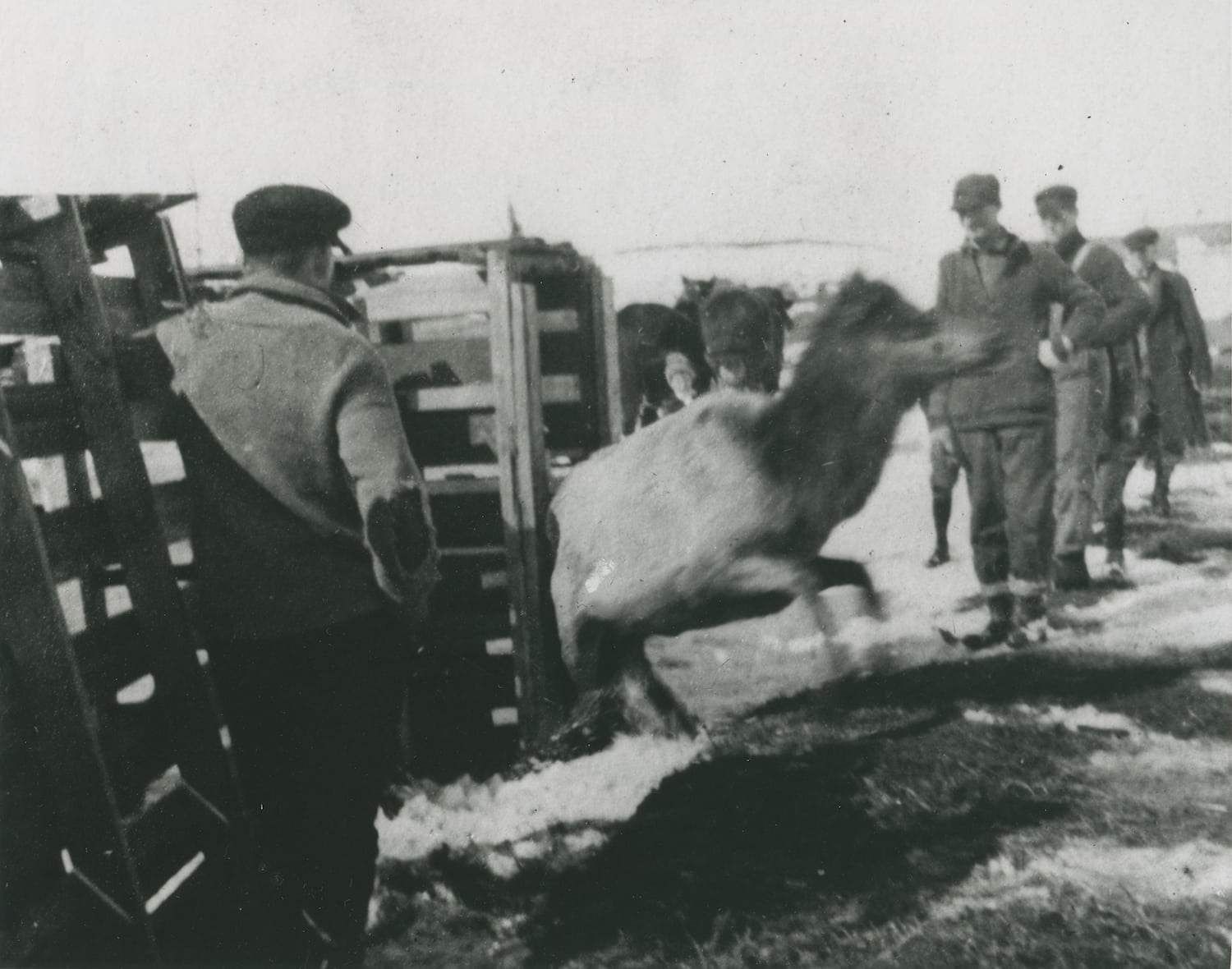 Rocky Mountain elk, originally brought by rail from the western U.S., were introduced to Northern Michigan three times between 1916 and 1918. The last release of seven or eight animals near Wolverine was the foundation of today’s Michigan elk herd of more than 1,100 animals. This photo shows elk being released from crates. // Photo courtesy of Pigeon River Country Discovery Center

A century ago, Michigan set aside the 6,468 acres of tax-reverted lands that would become the nucleus of the Pigeon River Country State Forest. The land had been logged, some of it burned by forest fires, some of it cultivated by farmers who soon learned that it was not good crop land. The forest continued to expand, mostly with lands purchased with deer hunting license revenue.

Elk disappeared from Michigan in the late 19th century due to unrestricted hunting and loss of their habitat. In 1918, seven Rocky Mountain elk were brought to the area that would soon be the Pigeon River Forest.

The herd grew steadily, but poaching and diminished habitat quality reduced its numbers from 1,500 in the early 1960s to 200 in the mid-1970s. Since then, careful management of the open areas and forests that the herd needs to thrive has helped it grow to more than 1,100 animals.

P.S. Lovejoy was the first champion of the “P.R.” as he called it. One of the first students in the University of Michigan’s School of Forestry, he advocated for the forest long before he became the state’s first Game Division chief:

“Don’t we all want, yen for, need, some considerable ‘getting away’ from the crowds and the lawnmowers and the tulips? … Isn’t that [the] yen for the Big Wild feel and flavor? I claim it is. …

I figger [sic] that a whole lot of the side-road country should be left plenty bumpy and bushy … and some so you go in on foot – or don’t go at all. I don’t want any pansies planted around the stump.”

Lovejoy’s legacy is large within the forest, Franz says. His influence extended not only to the overall concepts that led to how the forest was developed, but also to the smallest details.

Look overhead at the beams in the Discovery Center, for example. Lovejoy came around as it was being built by members of the Civilian Conservation Corps in the 1930s. On one visit, he objected to the fact that the beams were machined rather than hand-hewn.

“He had the carpenters take their axes and put chop marks in those beams to make them look more rustic,” Franz says. “He had large ideas about land use but also small ideas about details.” 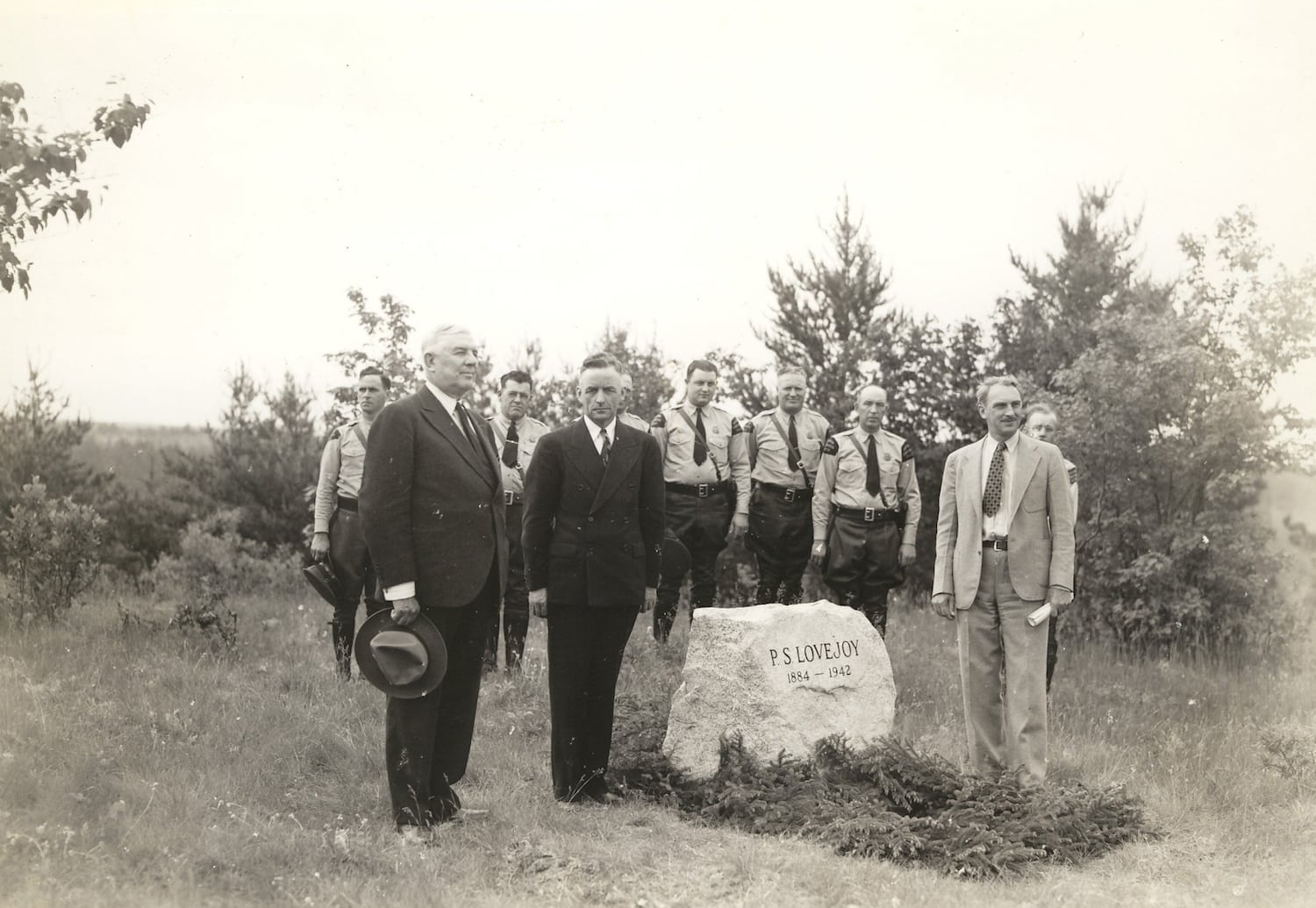 From its beginning, the Pigeon River Country forest has presented its managers with conflicting interests and hard decisions on how to balance recreation, economic development, good forestry and natural resource preservation.

People have always taken an interest in the forest and played a role in its management.

When lawsuits were filed over oil and gas drilling in the forest in the early 1970s, the Michigan Department of Natural Resources put a special management plan in place for the forest. Starting in 1974, the DNR appointed a citizens’ advisory council to provide input on managing the forest. 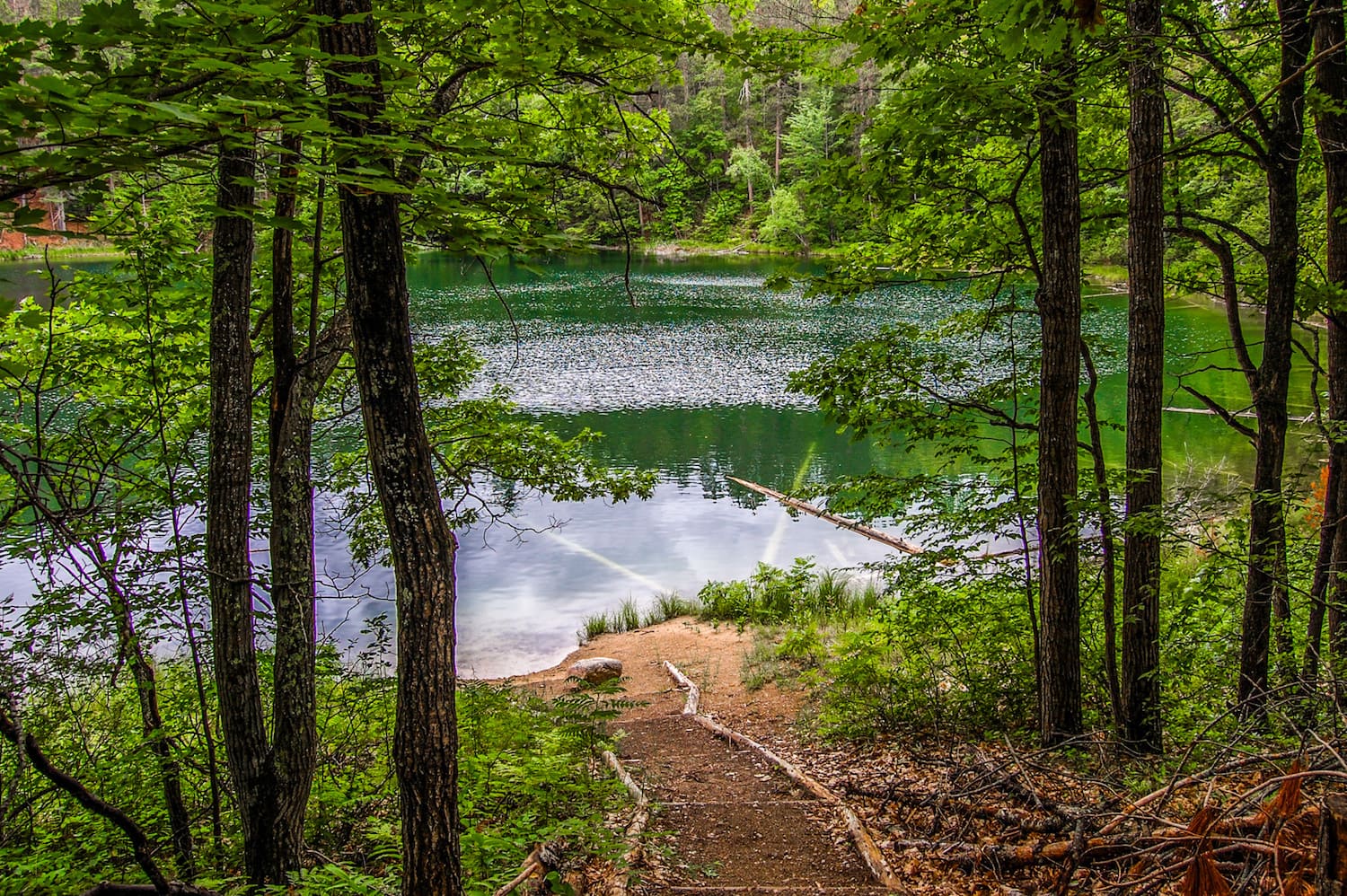 Those who love the forest celebrate its diversity, from upland deciduous forests to lowland conifers, remote swamps to grasslands. But at the heart of their passion are the peace and solitude of the forest, its moments of bright sunshine and dramatic storms, its ability to inspire connection to a wider world and to heal.

Inside the Discovery Center, the welcoming fireplace invites conversations like those of early conservationists Herman Lunden and P.S. Lovejoy.

There’s a lot more to see here too. An elk peers out from a box car. The small office of the park forester has artifacts donated from his family, and the kitchen—large enough to cook for a family of seven, guests and work crews—now houses hands-on activities for children of all ages. 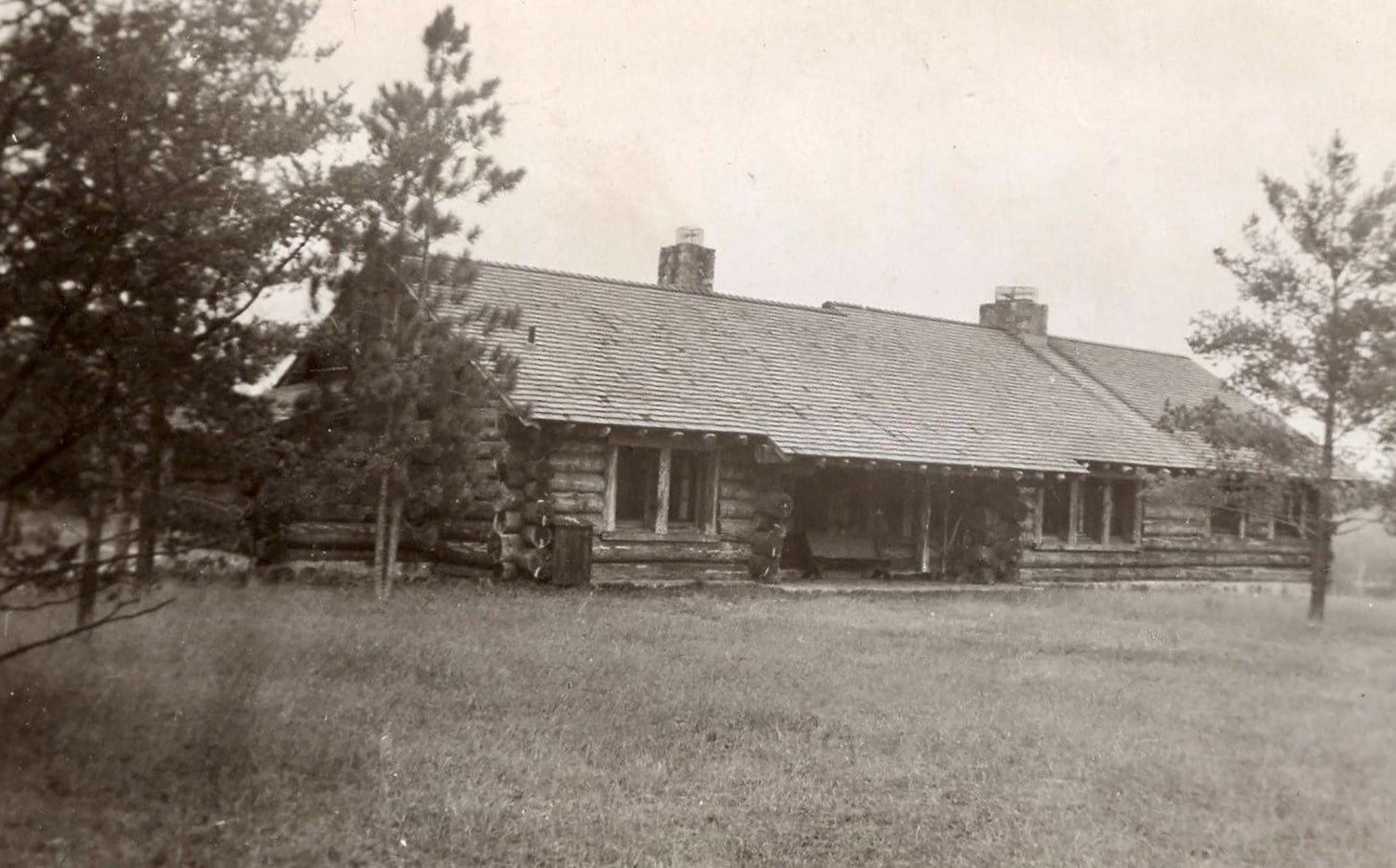 The log building that now houses the Pigeon River Country Discovery Center was built in 1935 by the Civilian Conservation Corps as a home for forester William Horsell, his wife and seven children. It has been described as the best, and best-preserved, example of CCC architecture in Michigan. // Photo courtesy of Pigeon River Country Discovery Center

The family’s bedrooms tell the stories of Hemingway, the rich experiences offered by the forest and the memories that have been made there.

And from there, in the words of Ford Kellum, who quit his job working for the Michigan DNR to fight against oil drilling in the Pigeon River Country: “You’ve got your free-flowing rivers. … You’ve got lakes that have no cottages around them. You’ve got trail roads that are just two ruts. You’ve got the big trees; virgin or not, they’re big. … It’s pretty. And you can get back into some of these places and have solitude. People need a little of that.”

Press release provided by the Michigan Department of Natural Resources