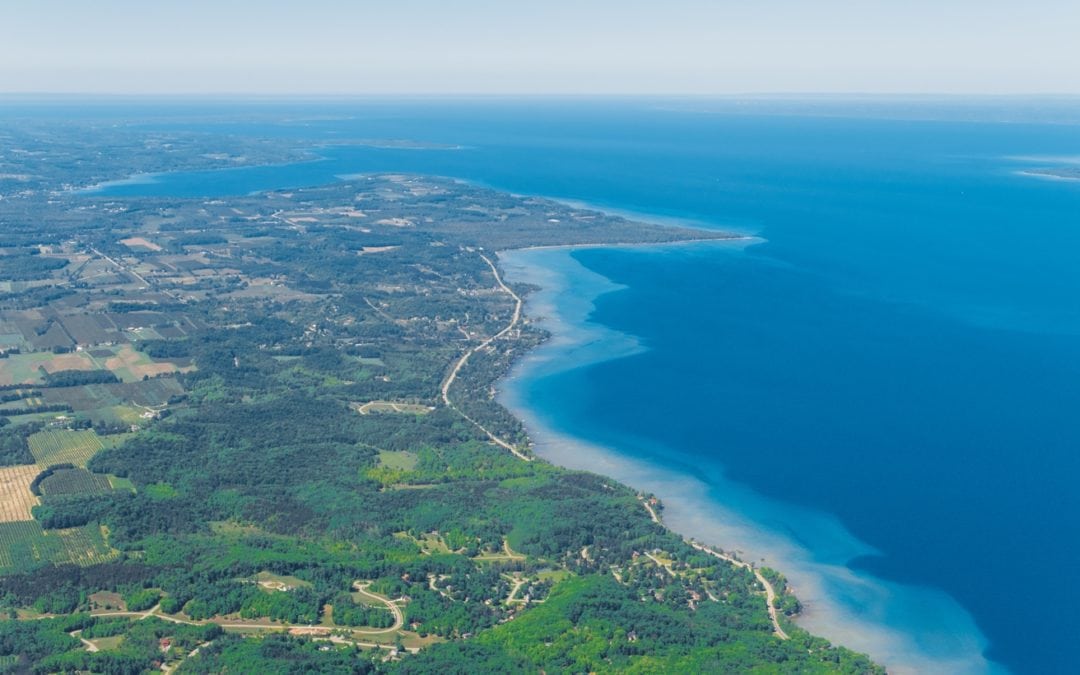 Think Northern Michigan stuns from the ground? Catch the view from on high. We’re going up, up and away on these incredible air tours.

Thirty dollars could get you dinner—or a flight over the Lake Michigan shoreline and Manistee National Forest. You don’t even need to pre-reserve flights peak season (though it’s not a bad idea) with Orchard Beach Aviation. Just show up—and go up. Located five miles north of Manistee on U.S. 31.

It’s the silence that strikes you first as you glide like a hawk on the thermals high above the North. Then there’s the occasional roller coaster-style thrill as you catch an air current and both glider and tummy leap. Seek views from as high as 7,000 feet—that Northern quilt pattern of lakes, forests, rivers and rolling hills—from a glider with a pilot (and you). Cadillac, the “high and dry” base for the Northwest Soaring Club, has perfect glider conditions, says president Erik Saxon. Sandy, dry soils create great thermal updraft, he explains, especially when the sun is out and clouds white and puffy. Book flights with club members ($125) on Saturdays and Sundays, but call on Thursdays to confirm if weather conditions are right.

Cherry Capital Airport in Traverse City is the North’s welcome wagon with its Frank Lloyd Wright-style décor and increasingly local offerings like craft beer, wine and spirits in the airport restaurant. It’s also a gateway for locals traveling across the country.

It can set you back as much as $1,000 for two passengers but will make quite the impression. Pick up your date or business colleague by float plane and head off for a round of golf at Arcadia Bluffs or to a dinner date in the Upper Peninsula. TC Helicopters offers float plane trips to various locations (dinner and golf extra) along with more affordable helicopter tours over the bays in Traverse City.

Great Lakes Air offers views of the Mackinac Bridge, Island and Straits from its base in St. Ignace. Fall color tours can take you anywhere in the forest-covered Upper Peninsula. And while the best value is from St. Ignace, they’ll fly to your home airport and pick you up, too. Thirty-minute sightseeing tours run at $125 for one to five people, depending on weight.