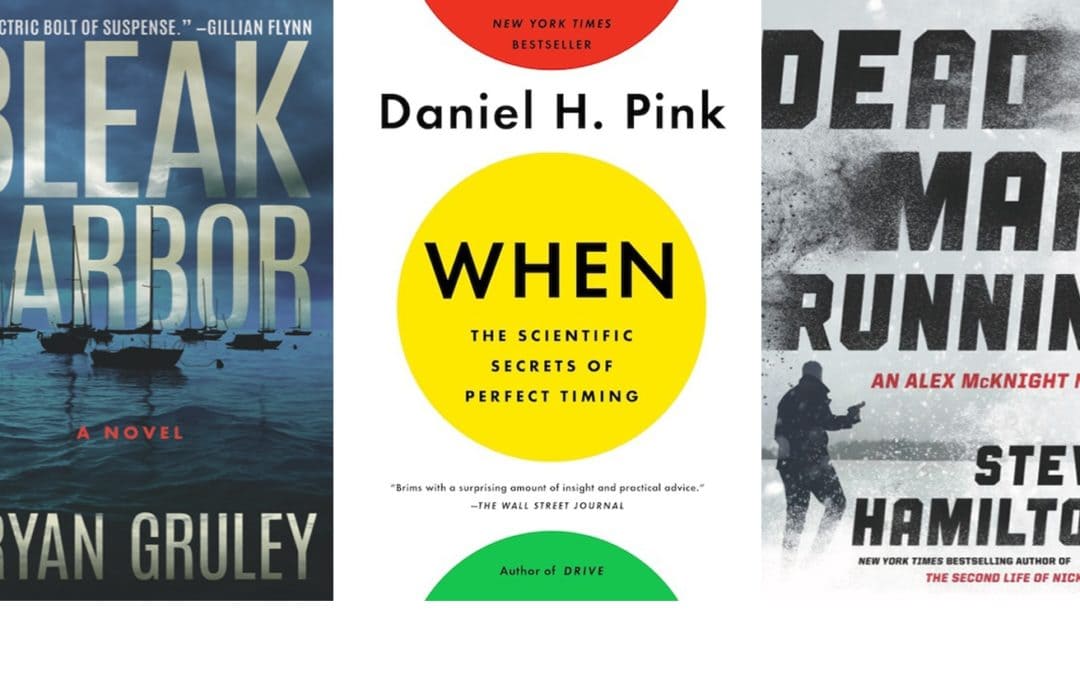 Talk about good timing … Daniel H. Pink, the celebrated motivational guru who has written several #1 books—is in Traverse City on June 26 for a conversation about his newest tome, When: The Scientific Secrets of Perfect Timing. It’s a provocative look at how to organize the “times” of your life—when to do your creative work, how often to take a break, the best time of day to visit a doctor… His other books include the long-running New York Times bestseller A Whole New Mind and the #1 New York Times bestsellers Drive and To Sell is Human. His books have won multiple awards, have been translated into 39 languages and have sold three million copies worldwide. Here he shares with Traverse, Northern Michigan’s Magazine editor Emily Tyra a few of his science-based tips for working smarter and living better. 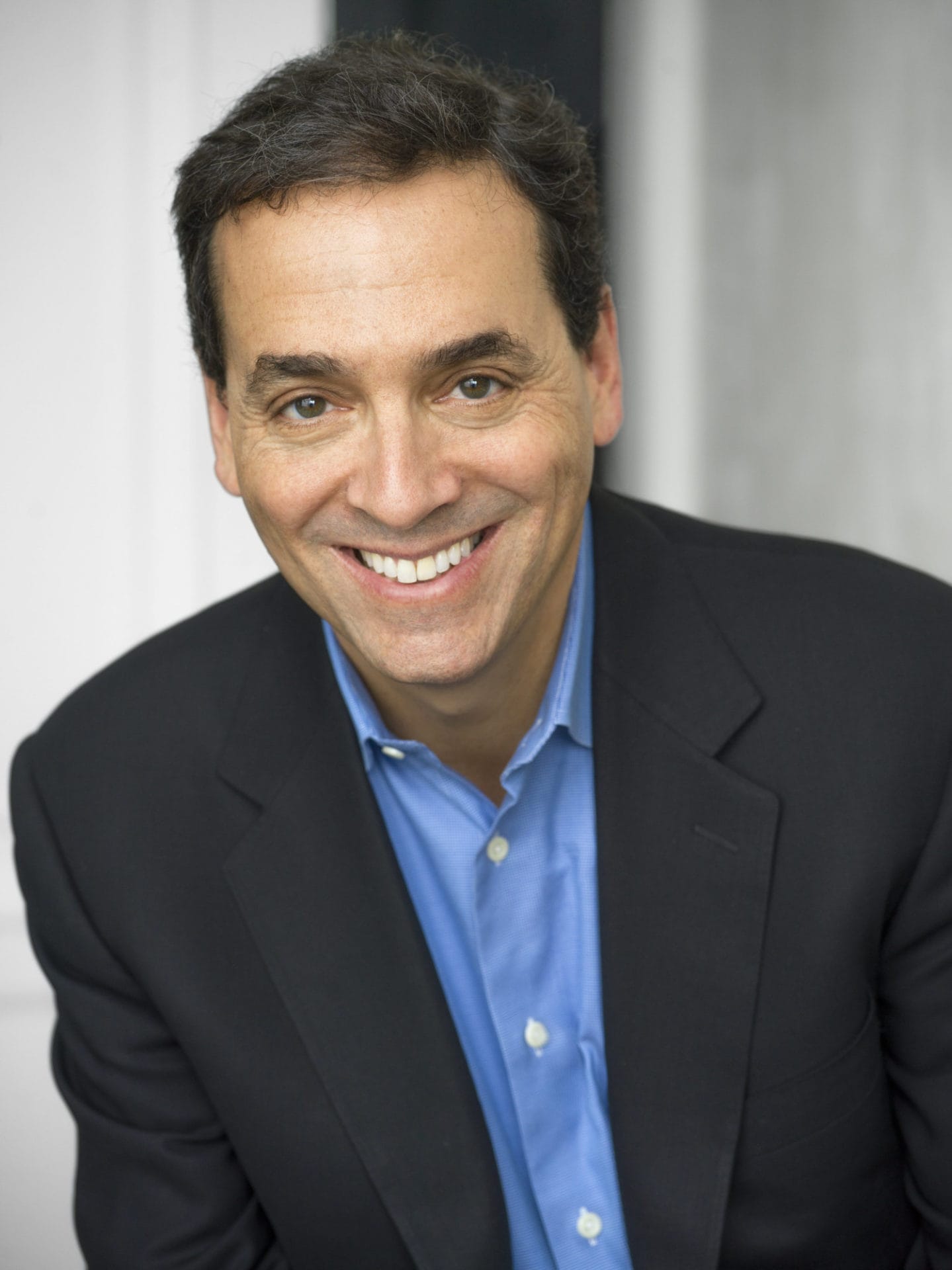 Tell us how scheduling breaks can transform a person’s day?

There is a surprising amount of research on breaks, more than I ever expected. What the science shows very clearly is that breaks are part of our performance and our well-being. I think too often we think of them as a detour. But they are a part of our performance, in particular, taking away some of the sting in the drop of our cognitive ability.

Our performance changes and transforms over the course of the day. Research on hand-washing in hospitals shows it deteriorates in the afternoon. A way to mitigate that and get hand washing back up is to give breaks.

We need to rethink our view of breaks and get past this very puritanical view of them—that the only way to get anything done is to power through. That turns out not to be true.

Well I am sure that many readers will be happy to hear that! And why do you recommend actually scheduling breaks?

It’s easy to let that slide. You might say, ‘It doesn’t matter if I get one today…I can just skip it.’ There is this latent sense of shame about taking breaks that might mean you end up skipping them.

If you schedule them—treating them the same way you treat a meeting or phone call—you’re more likely to keep it. Here’s the thing, I knew you were going to call me today at 9:30 a.m., so I am at my desk at 9:30 a.m., ready for your call. I don’t think anybody needs to go crazy about it. One 15-minute break to take a walk. That’s a good thing.

Yes, there are basically a series of design principles: Something is better than nothing.

Moving is better than stationary.

We know that social is better than solo. Breaks with other people are more restorative, even for introverts. That surprised me. And there is amazing stuff on this, take breaks outside in nature…

What exactly happens when we are in nature?

I don’t know exactly what happens. There are theories about the mechanism of it. What we do know—and the evidence is overwhelming—being in nature, being outside, seeing greenery has a boosting effect on our mood, our energy and feeling of contentment. We don’t know why, but we know it happens.

It’s a point of pride that wherever you are in Michigan you are never more than six miles from a body of water. Does taking a break by water have those restorative effects?

What we can say is that being exposed to natural environments—and that would include natural bodies of water—replenishes energy and boosts mood. Again, we don’t fully know the reason why.

E.O. Wilson, who was a Harvard biologist and naturalist has some theories: when we were evolving we were in these kinds of landscapes. We have a natural affinity to those settings as part of our evolutionary heritage. And when you move past that to highly industrialized living situations that are plowing down natural environment, that somehow goes against this. That is an idea.

Also, there has been research on pre-20th-century fine art from all over the world. The art often will depict natural scenes of greenery and water…

So what makes the IDEAL break?

There is interesting research from South Korea that says being fully detached is important.

If you take walk by the lake with a friend but are using the time to look at your Instagram feed, it is not a real break. What is suggested is that everybody in the world would be slightly better off taking an afternoon walk outside with someone they like, and talking about something other than work.

An Evening with Steve Hamilton and Bryan Gruley // June 27

Bryan Gruley first met Steve Hamilton in a most literary way—by reading his novel, A Cold Day in Paradise. He was impressed. Hamilton’s debut novel is the winner of two of the most prestigious honors in the mystery novel business: the Edgar and Shamus Awards for Best First Novel. 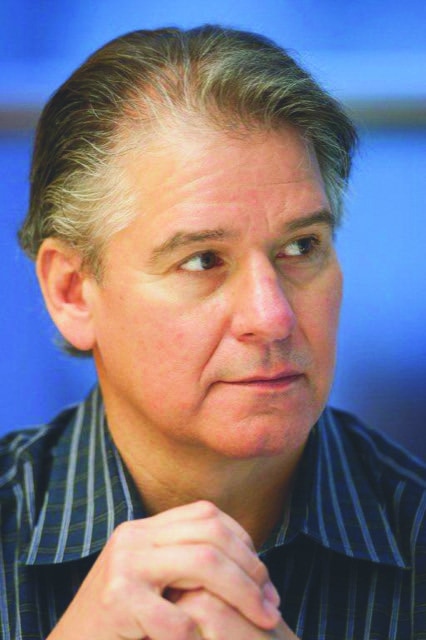 “It made me think, why couldn’t I write fiction based in Northern Michigan territory that’s so familiar to me?” says Gruley, who had made his living thus far as a journalist for the Detroit News and The Wall Street Journal, where he and a team of journalists won a Pulitzer Prize for their reporting on 9/11. He now writes long-form journalism for Bloomberg Businessweek Magazine.

Gruley went to work on his novel, getting his pages in before he went to work. Like Hamilton, he used Northern Michigan as inspiration—Starvation Lake is set on Big Twin Lake near Mancelona where his parents have a cottage and which Gruley considers one of the most beautiful in the world. He set his next two novels in the same Northern Michigan location.

Gruley and Hamilton finally met face-to-face at a bar in Baltimore during Bouchercon, a world mystery convention. Hamilton had a dog-eared advance copy of Starvation Lake in his shoulder bag—he’d been asked to write a blurb for it. He wondered when it was due.

“I told him, ‘Seriously, the next morning.’ So, the next morning, I woke up to find a glowing blurb on my laptop. That’s the kind of guy Steve is. The next time I saw Steve was at the Edgar awards in 2010. Starvation Lake was nominated for Best Debut Novel.  Steve was going to be handing out that award,” Gruley says.

“At a reception before the dinner, Steve took me aside and said, ‘You’re going to win.’ Of course, I didn’t win, perhaps because Steve jinxed me,” Gruley jokes.

Since then, they’ve met at a number of events, including a gig on Mackinac Island where they interviewed each other—exactly the format for their upcoming National Writers Series event on June 27 at the City Opera House.

“We’ve jawed over University of Michigan-Notre Dame football—Steve is U-M, me ND—and talked shop about our ongoing projects. He’s a great guy and a superb writer,” Gruley says.

Both men are Michigan natives, who have vacationed in Northern Michigan throughout their childhood. Both have loved reading since they were kids.

“My wife and I joked that we’re two of the kids who used to get in trouble for reading on a nice day and not going outside,” Hamilton says. “On a nice summer day, my brother would be out golfing and playing whatever, and I wanted to read.”

Like Gruley, Hamilton spent his early decades writing, but, in his case, he wrote marketing and web copy for IBM. 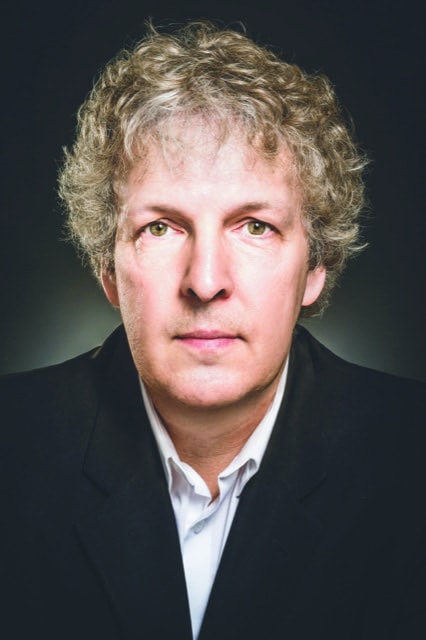 “The economy, when I was in college, was really bad. In the early ’80s, the auto industry had taken its first big nose dive, the whole Michigan economy did. The whole thought of getting an MFA (Master of Fine Arts), there was just no way I was going to get a good job.”

When Hamilton won a Hopwood writing award at the University of Michigan, he promised himself that he would ultimately write for a living.

“Getting a good job first was a means to an end. Everyone has a way of getting there. It usually takes a while.”

And it did take a while—Hamilton was 37 when he published A Cold Day in Paradise.

“I had a lot of short stories rejected, but I was very fortunate; the first time I ever finished a novel, I sent it away to St. Martin’s for a ‘Best Private Eye Novel’ contest they had. I thought this is cool; I love private-eye novels. I first thought it was a guy in the office, the gun, the name on the glass. I tried to do it that way, but I couldn’t. So, I just tried to do something about Alex McKnight, a retired Detroit cop up in a cabin in Paradise, a pretty unlikely place, as remote a place as I could think of. That’s what appealed to the editor. I got lucky.”

Despite his immediate success, the publication of a dozen books and winning or being nominated for every accolade in the crime fiction genre, Hamilton continued to work at IBM for another 15 years.

“[IBM] was just so great about it; they were so flexible and proud and supportive and made it possible for me to do both for a while. And I had a family; I just had a double life for a while. I worked during the day and wrote at night and used my vacation time to go on book tours for every book. I did that double life, and then it was finally time to go for it.”

Hamilton has recently published a new book—Dead Man Running—and has signed with a new publisher, Blackstone. He’ll talk about that and more with Gruley, whose new book Bleak Harbor (published by Amazon) takes place in southwest Michigan near Saugatuck.

“We will have a blast at the event, nobody will hog the mic, we’ll just talk about writing,” Hamilton says. “We both grew up in Michigan, we both love Michigan and we both love Northern Michigan. We get what’s special about the place. We’ll just have fun, take questions, we’ll interact with the audience a lot.

“The event will also be about something real. Something we have in common. Something that means a lot to us—an amazing place.”